Murray vows to ‘grow’ amid reported friction with Cardinals Kyler Murray statement on Instagram: „All of this nonsense is not what I’m about, never has been, never will be“; the Arizona Cardinals lost 34-11 to eventual Super Bowl winners, the Los Angeles Rams, in the Wild Card round of the playoffs

Arizona Cardinals quarterback Kyler Murray has come out on social media and said that „all of this nonsense is not what I’m about“ and vowed to „grow and get better“ amid reported friction between him and the team.

Murray recently erased any reference to the Cardinals from his Instagram account, with the QB reported to be embarrassed by the team’s 34-11 loss to eventual Super Bowl winners, the Los Angeles Rams, in the Wild Card round of the playoffs – believing he was made the scapegoat for the defeat.

The Cardinals followed suit, removing Murray from its social media accounts on Friday. And Murray’s latest Instagram post comes a day after it was reported by NFL Network‘s Mike Garafolo that the Cardinals want the quarterback to take steps forward with his maturity and leadership.

Among the examples cited of Murray’s perceived lack of leadership and maturity was the quarterback not seeing out the aforementioned playoff loss to the Rams, as backup ﻿Colt McCoy﻿ took the final few snaps of the game, upsetting several members of the club, Garafolo reported. 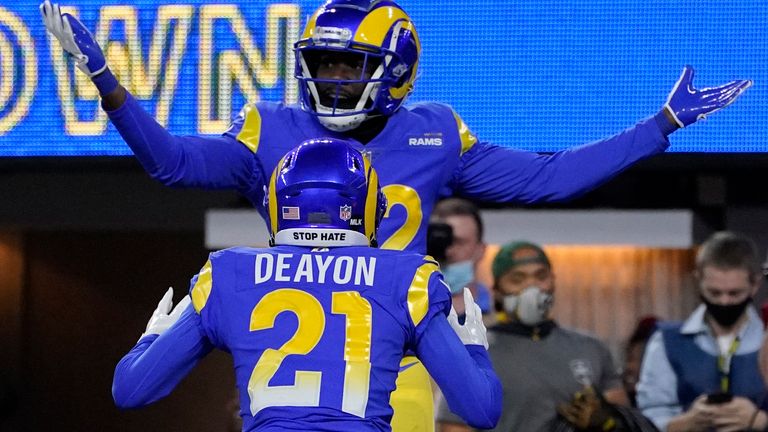 ОЩЕ:  Southampton vs Man City on Sky: Mahrez will not feature after AFCON exit

The report also stated that Cardinals sources felt Murray was „self-centered, immature and someone who points fingers,“ and was someone in need of guidance for how to deal with adversity better.

Murray’s Instagram post says: „I play this game for the love of it, my teammates, everyone who has helped me get to this position that believed in me & to win championships.

„All of this nonsense is not what I’m about, never has been, never will be. Anyone who has ever stepped between those lines with me knows how hard I go.

„Love me or hate me but I’m going to continue to grow and get better.“

The Cardinals released a statement on Sunday to NFL Network‘s Ian Rapoport confirming its commitment to Murray.

„Nothing has changed regarding our opinion and high regard for Kyler Murray,“ the statement read. „We as a team and Kyler individually have improved each year he’s been in the league.

„We are excited to continue that improvement in 2022 and are excited that Kyler Murray is the quarterback leading us.“

Murray, the No 1 overall pick of the 2019 NFL Draft, made his second Pro Bowl appearance this season after steering the Cardinals to an 11-6 season and a first postseason berth in his time with the team. 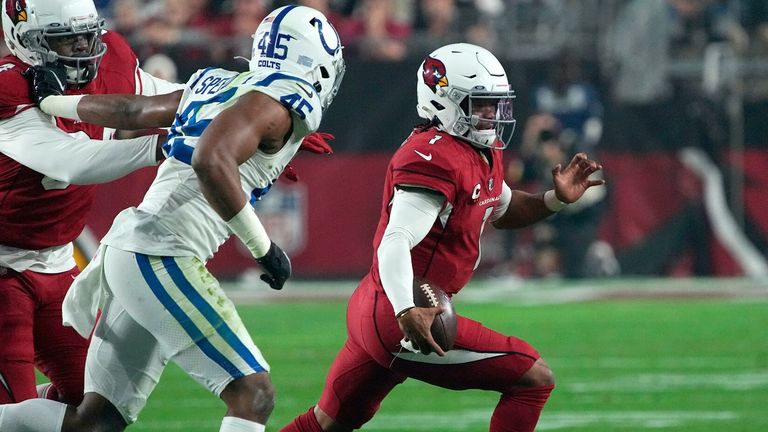 Arizona had started the season 7-0 – the last of the 32 NFL teams to be beaten – before somewhat limping over the line with six defeats in their last 10 games. Murray threw for 3,787 yards, 24 touchdowns and 10 interceptions in 14 games, missing three due to injury. He also added 423 rushing yards and five TDs on the ground.

Murray is entering the final year of his four-year contract with the Cardinals. The team has until May 2 to pick up his fifth-year option, however Murray is also eligible to negotiate a new deal now that he has completed his third season.

As of Monday evening, Murray had not followed the Cardinals back on Instagram.

200 лв.
Kyler Murray statement on Instagram: „All of this nonsense is not what I’m about, never has been, never will be“; the Arizona Cardinals lost 34-11 to eventual Super Bowl winners, Заложи сега