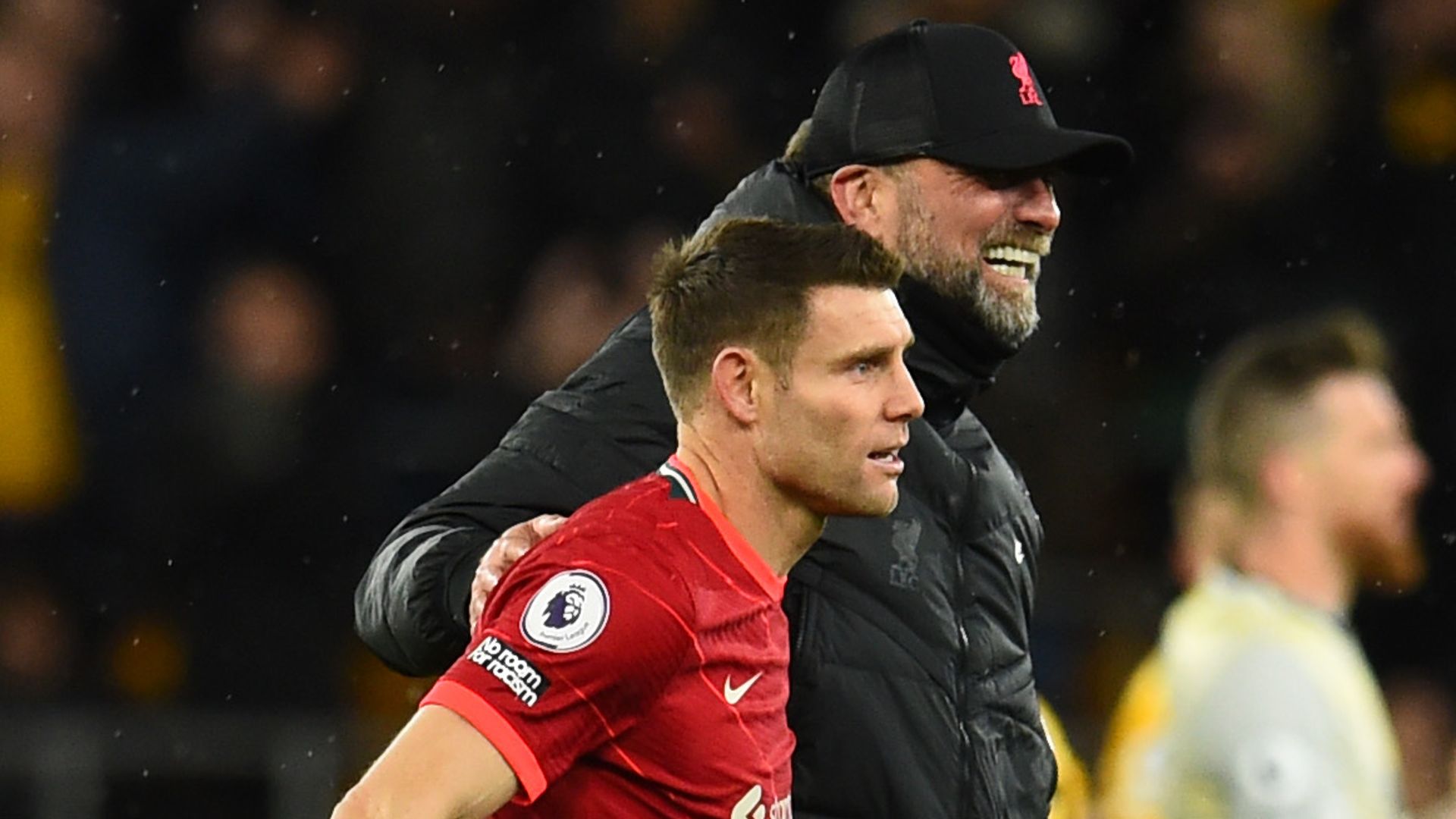 Liverpool boss Jurgen Klopp has asked the club to open talks with James Milner about a new contract.

Discussions with Milner’s representatives are yet to take place, however, indicating that reports on Tuesday the club have made him an offer are wide of the mark.

Milner’s current deal expires in the summer and the manager wants to have the 36-year-old in his squad next season.

The ex-England international has continued to play an important role in Klopp’s squad this season despite his advancing years, making 16 Premier League appearances and four in the Champions League.

It is understood Klopp is keen for the midfielder to extend his stay for at least another season.

„There is no chance Milly will retire next year, he is desperate to play on and I understand,“ he said on Friday.

„Life after your career, when you are lucky enough to stay healthy, is much longer than your career so you usually extend your career as long as you can if you can play football.

„I think Milly will be fine after his career as well but he obviously loves what he is doing and he will play football next year, definitely.“

Jurgen Klopp believes clubs can still reap the benefits of retaining players into their mid-30s – which could offer hope of a resolution to Mohamed Salah’s contract impasse.

The Liverpool forward turns 30 in the summer, when he will have 12 months left on his current deal.

It is believed the Premier League’s current leading scorer is looking for an improved contract in excess of £300,000-a-week but the Egypt international has frequently stressed it is not about the money and he is keen to stay.

Liverpool’s owners Fenway Sports Group have always been reluctant to offer lucrative contracts to players over the age of 30 but the form Salah is showing and his superior fitness suggests he could continue at the highest level for several years more.

Salah will be the last of Liverpool’s famed front three to turn 30. Sadio Mane celebrates a similar birthday in April, while Roberto Firmino is 31 in October and both, too, have contracts which expire in 16 months’ time.

Jurgen Klopp has hailed Inter Milan as the best team in Italy ahead of Liverpool’s Champions League last-16 first leg away to Simone Inzaghi’s side on Wednesday.

Inter claimed the Serie A title for the first time in 11 years under Antonio Conte last season, and currently lie second in the table, one point behind rivals AC Milan with a game in hand.

Inter Milan are competing in the last 16 of the Champions League for the first time in a decade, having been eliminated at the group stage in each of the past three seasons. They progressed from Group D this time around, finishing second behind Real Madrid with 10 points from their six games.

Inter are the top scorers in Serie A this season and strike duo Lautaro Martinez and Edin Dzeko – who has scored in each of his last three games against Liverpool – have 21 league goals between them. In addition, only Napoli have conceded fewer goals than Inter in Serie A this campaign. The champions are led by Simone Inzaghi, who left Lazio to replace Antonio Conte as the club’s boss last summer.

Inter last faced Liverpool in 2008, when Rafael Benitez led the Premier League side to home and away wins that secured a 3-0 victory on aggregate in the last 16 of the Champions League.

Ahead of the clash in the San Siro, Klopp said: „If we are dominant, Inter will defend pretty compact.

„It’s Inter – it’s a top-class team and manager. They were champions last year and with all respect to the other teams, I think they are probably the best team this year.

„They look rock solid, they have creativity on the pitch and are organised and well-drilled. Their individual quality is big and we have to show a top-class performance to even have a chance.“

Mohamed Salah and Sadio Mane are likely to be key players for Liverpool in Milan after returning to the side following their Africa Cup of Nations exertions.

Captain Jordan Henderson is fit to travel to Milan for Liverpool’s last-16 Champions League first leg against Inter. The midfielder sustained a gashed knee in Sunday’s win at Burnley but is set to fly out with the rest of the team.

January signing Luis Diaz has been added to the squad and could make his European debut for the club in the San Siro.

Both players reached the final on February 6 – which saw Mane score the winning penalty for Senegal as they defeated Salah’s Egypt in a shootout – but were fit enough to start in Liverpool’s 1-0 win over Burnley on Sunday.

Klopp described the duo – who have nine Champions League goals between them this season – as „forces of nature“, and said the key to their speedy return from AFCON is that „both boys don’t drink alcohol at all.“

Klopp added: „That’s the major problem you have if you celebrate – that extends the recovery time. They were fit the day after the game.

„Both are forces of nature and hopefully it stays forever like this. They recover extremely quickly and I’m not surprised about that.“

Inter Milan manager Simone Inzaghi hailed Liverpool as one of the top sides in Europe but believes his team had the quality to match them in the first leg of the Champions League last-16 tie at the San Siro on Wednesday.

Inter, European champions in 2010, are playing their first knockout tie in a decade after finishing second in their group behind Real Madrid.

„Liverpool are one of the best teams in Europe, but our players deserve to play these kinds of games,“ Inzaghi told reporters on Tuesday.

„We haven’t played in the round of 16 for many years and although it will be very difficult, we’ll try to make it.

„On paper, Liverpool are the favourites, but games must be played. I’ll ask the players to go on the pitch and play our football with a free mind, showing our ideas. Determination will make the difference.“

Inter, second in the Serie A standings, have collected one point from their last two league games.

„I am not satisfied with the results, I didn’t expect them,“ Inzaghi said. „But I think we played two great games against two great teams (AC Milan and Napoli) who, along with Juventus, will be title challengers.“

ОЩЕ:  Kelly on comeback from ACL injury: I have my eyes on the Euros

Edin Dzeko is expected to start up front along with Alexis Sanchez and Lautaro Martinez.

„We’ve played many games recently. We have two training sessions left, one striker will be introduced as a sub. I’ll make a final decision today or tomorrow. I always try to rotate them,“ Inzaghi said.

Follow every Liverpool game in the Premier League this season with our live blogs on the Sky Sports website and app, and watch match highlights for free shortly after full-time.

Get all this and more – including notifications sent straight to your phone – by downloading the Sky Sports Scores app and setting Liverpool as your favourite team.

200 лв.
Liverpool boss Jurgen Klopp has asked the club to open talks with James Milner about a new contract. Discussions with Milner’s representatives are yet to take place, however, indicating that Заложи сега