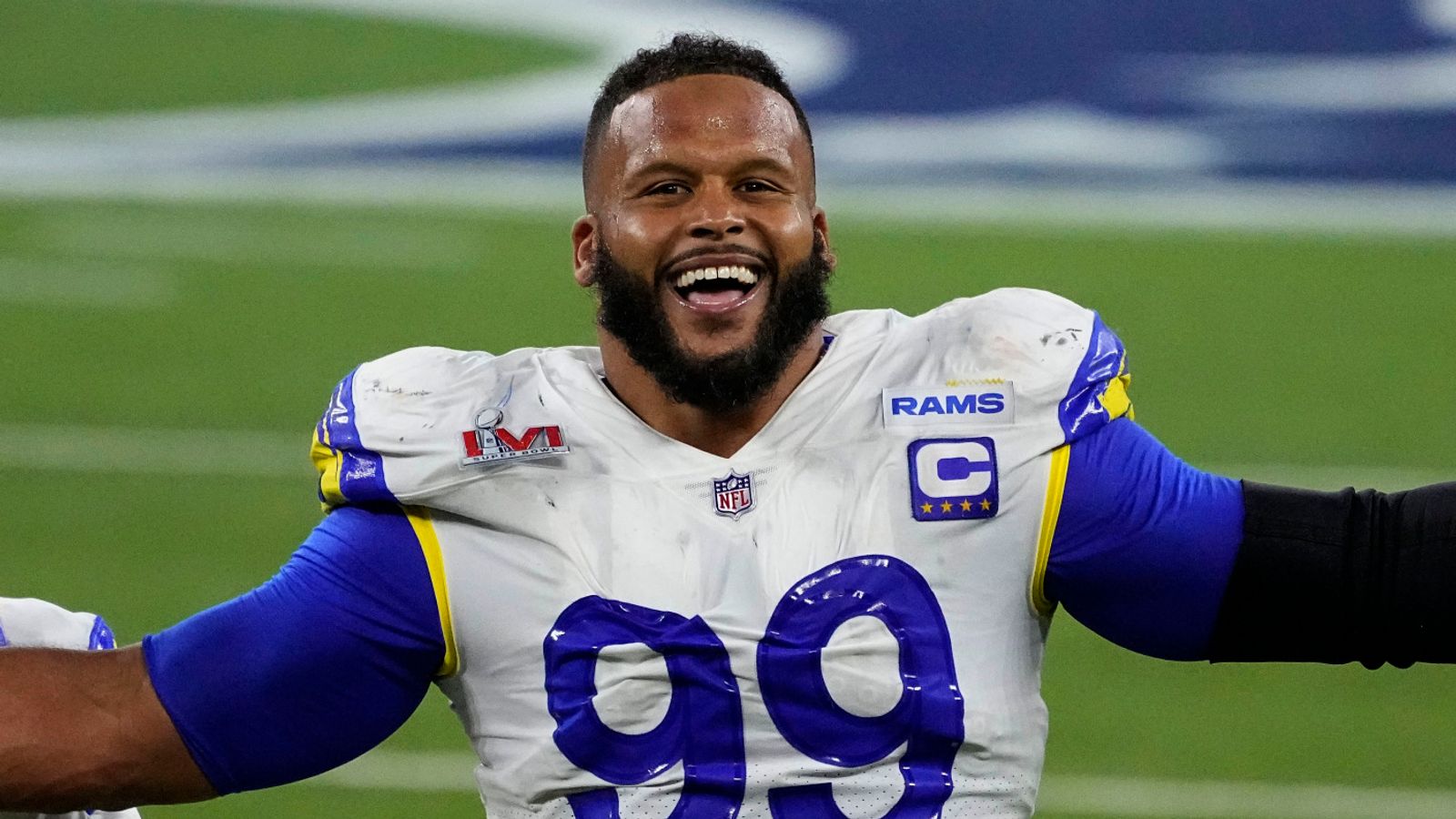 The Los Angeles Rams came back to beat the Cincinnati Bengals in stunning fashion in Super Bowl LVI, lifting the Vince Lombardi Trophy after a 23-20 win at home in SoFi Stadium.

Trailing 20-16 with six minutes and 13 seconds to go, Matthew Stafford – who gets a ring in his first season in Los Angeles – led the Rams on a 15-play, 79-yard drive capped with a one-yard touchdown pass to Super Bowl MVP Cooper Kupp.

Joe Burrow and the Bengals would get the ball back with a minute and 25 left but, with the Rams pass rush repeatedly getting home in the second half, Aaron Donald delivered the game-ending hit on fourth down.

Burrow was sacked a league-high 51 times in the regular season and was taken down a playoff-record nine times in Cincinnati’s divisional round win over the Tennessee Titans, but he was only dropped once in the first half by the much-vaunted Rams pass rush – with Donald failing to make one tackle. The script would flip wildly in the second half though as the Bengals quarterback was ultimately sacked a joint-Super-Bowl-record seven times and Donald finished with two of them, three QB hits and two tackles for losses.

The Rams had raced out of the blocks and into a 10-point lead early in the second quarter as Stafford threw touchdown passes to Odell Beckham Jr. and Kupp. Beckham, though, would leave the field with a knee injury later in the first half and would not return.

The Bengals pulled to within three of the Rams by the half – running back Joe Mixon lobbing up a touchdown pass to Tee Higgins – and then took the lead in stunning fashion, off the first play from scrimmage after the break, Burrow finding Higgins with a deep ball down the left sideline for a 75-yard TD! The go-ahead score was not without controversy, however, with Higgins avoiding a penalty flag despite seemingly pulling on cornerback Jalen Ramsey’s facemask on the play.

Stafford would add to L.A.’s misery, throwing his second interception of the game to set up a second field goal for Evan McPherson to see Cincinnati into a 20-13 lead. The Rams would reduce the gap to four points with a field goal of their own on their next series, before both offenses began to badly sputter as more than 20 scoreless minutes passed.

The stagnation owed much to the Rams missing OBJ, and the fact that both quarterbacks were badly banged up on separate plays, with Burrow hurt on one of his six second-half takedowns.

But, just as it looked like the Bengals might close things out and cling on to claim a first ever Super Bowl title, Stafford stepped up and connected with Kupp for the game-winning score.

„I dreamed this, it’s surreal. I feel amazing, I feel great. It’s the best feeling in the world. I don’t know what to say.“

[On rumours of a potential retirement]: „I’m in the moment right now, I’m just going to enjoy this at the moment.“

Rams quarterback Matthew Stafford: „I’m so proud of this team. There are so many guys on our team who deserve this – so many great players, guys who have given their heart and soul to this team.

„That game today is the story of our season. It is up and down, but we showed up late and got it done. I’m excited!

„We care for each other, and that starts from the top down. Sean does an unbelieved job, connecting with us as players. We follow his lead and we’re here now.“

Rams head coach Sean McVay: „It feels outstanding, you talk about a resilient team, coaches, players, I’m so proud of this group, proud to be associated with it.

„We talk about competitive greatness all the time, being the best required, on offense we had to find a way and then for Aaron [Donald] to be able to finish it off, it’s poetic.“

Rams owner Stand Kroenke: „You talk about these players, they’re unbelievable, they hung in there, it was a tough game and I’m just so proud of them executing like that at the end.

„In terms of building this stadium? It turned out alright.“