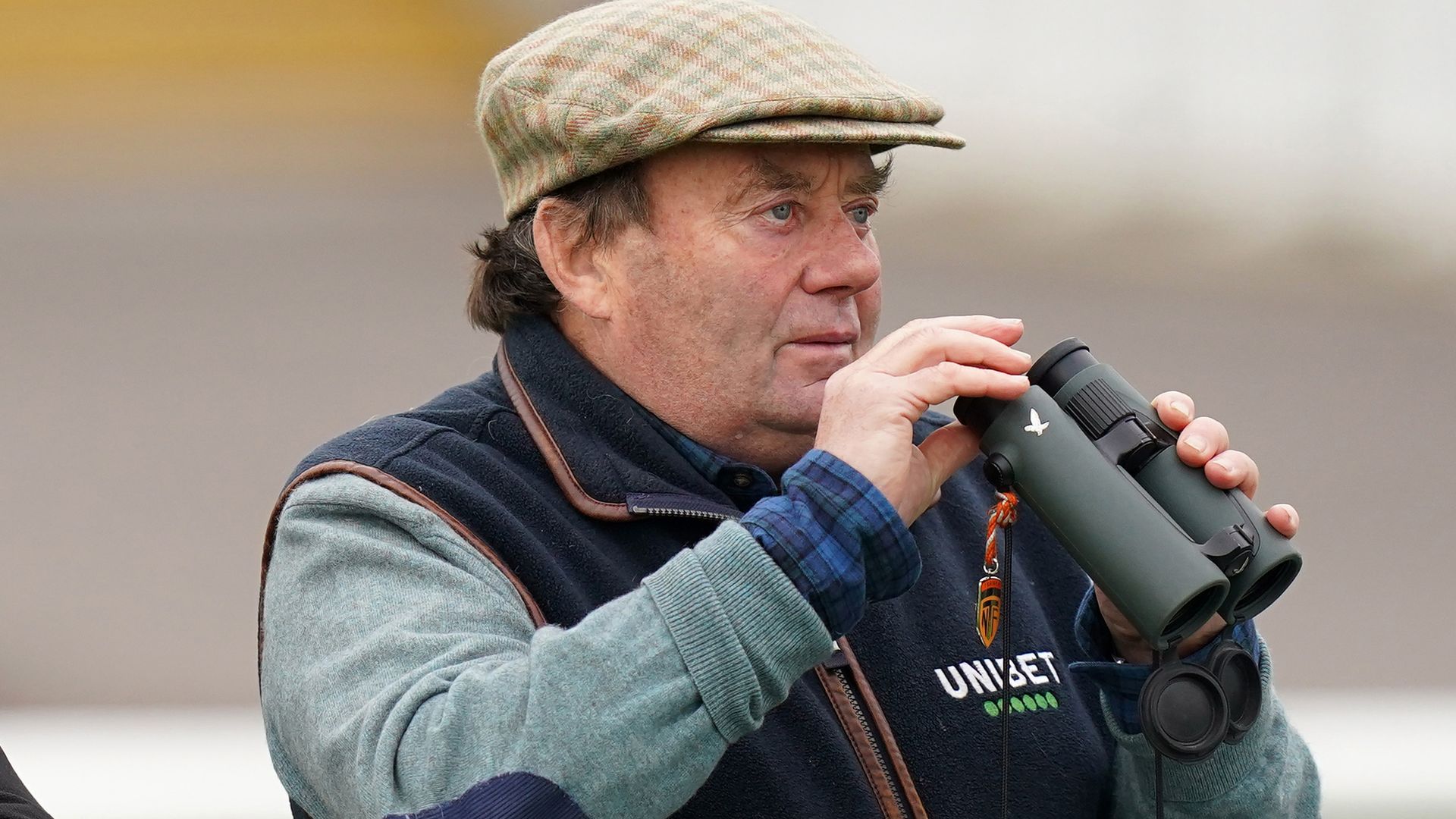 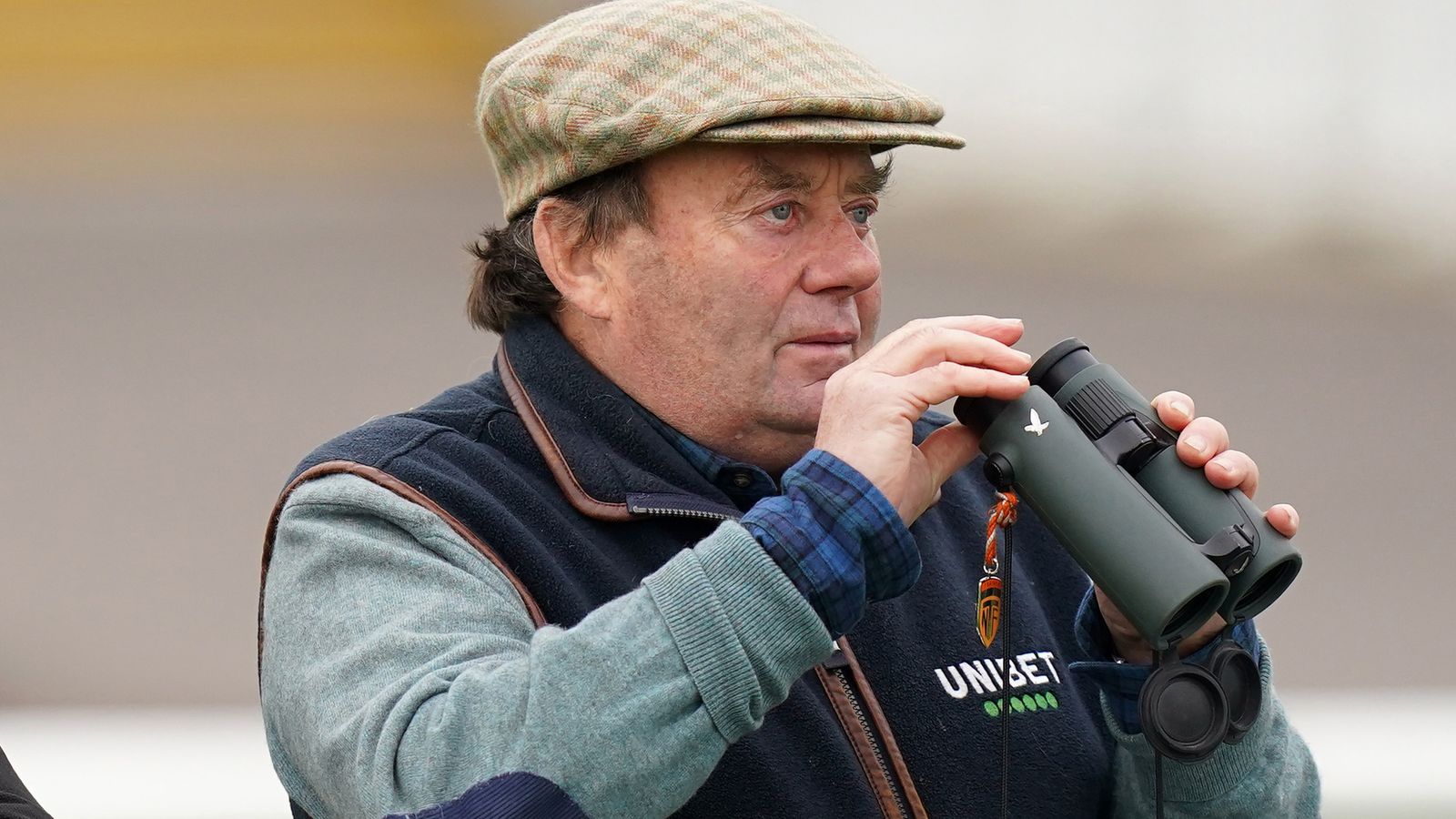 Nicky Henderson is blessed with an abundance of talent when it comes to young hurdlers and he is struggling to split the pair he runs in Saturday’s Betfair Hurdle at Newbury.

Britain’s richest handicap hurdle has attracted a field of just 14 declarations, the joint-lowest number of runners since the company took over the sponsorship a decade ago.

The Seven Barrows handler saddles both Broomfield Burg and First Street in the extended two-mile contest, a race he has won a record five times, the last of those successes coming in 2013 with My Tent Or Yours.

Broomfield Burg, owned by JP McManus, was a 10-length winner of a novice hurdle at Kempton on Boxing Day and will again be partnered by Nico de Boinville, while First Street, who has won three of his four hurdles races is the mount of James Bowen.

Henderson said: „Broomfield Burg and First Street, I could say exactly the same about both of them, to be quite honest.

„They both absolutely hacked up last time, they were both very impressive, they are both novices and they have both had four runs – and they both come into the race off the back of very good performances.

„They are not dissimilar. Broomfield Burg started as a point-to-pointer, but he is a quick one and the other thing that is very relevant to both of them, they both want a strongly-run race. It suits them.

„Funnily enough, in the last couple of years, it has not been a strongly-run race for some reason, I know not why.

„They are quick horses and they want a really strong gallop, and they stay.

„Broomfield has probably run in stronger races, but even so, First Street has done nothing wrong at all.“

The Colin Tizzard-trained Jpr One, who took a novice hurdle by an easy six and a half lengths at Taunton last time, heads the market, despite dropping back in trip.

Moore is hoping his seven-year-old will put a disappointing campaign over fences behind him now that he reverts to hurdling.

The Horsham handler said: „This has been Fifty Ball’s plan for a long time. Once he wasn’t going well over fences, we go back to hurdles and this was always his target.

„If he is in the same form as he was last year, he will run very well, but the ground could have done with being softer for him, to be honest.

„If he does go back over fences, it will be after April.“

Paul Nicholls has not had any runners since last Sunday due to the stable’s loss of form, and he relies on Knappers Hill, who suffered the first defeat of his burgeoning career when third behind Jonbon and Colonel Mustard in the Grade Two Kennel Gate Novices’ Hurdle at Ascot before Christmas.

Nicholls said: „The Ascot form looks good, the second ran a good race in a Grade One in Ireland at the weekend. It was just one of those races that was a bit falsely run and they sprinted over the last couple.

„He ran nicely but he could have done with a stronger-run race, which he’ll get this weekend in a good handicap. I think he’s a strong stayer, so a fast-run race will suit him nicely.

„His inexperience might count against him a fraction, but we’ve done a lot of work on his jumping at home and he jumped better at Ascot than he did on his first two starts. He’s much more assured now.

„Straight after that, my thought was to come for this. In a year’s time, these novices might be rated a lot higher. He might be on a nice mark.

„He’s not in a Cheltenham, he might go to Aintree. I’m not sure Cheltenham would necessarily suit him. There’s this obsession with Cheltenham, but there are lots of other nice races to go for with those horses.“

While Harry Fry ruled out mud-loving Lingfield scorer Metier, he will be represented by Boothill, who reverts to hurdles after failing to fire in a novice chase in early December.

„He came back lame, so we have been held up a bit with him and thought it was too late in the season after Christmas to give him just half a season over fences,“ said Fry.

„He probably needs a little more experience over the smaller obstacles and he has the potential to be a progressive horse. We have liked him from day one and we are hoping he can bounce back to form.“

Alan King, who seeks a first win in the race, saddles Tritonic.

The five-year-old won a valuable pot in a Grade Three handicap at Ascot before Christmas before being well held by Epatante a few days later in the Christmas Hurdle at Kempton.

Though on a 5lb higher mark than when last successful, King says Adrian Heskin’s mount has been targeted at this race.

„He’s in great form,“ said King. „I’m very happy with him. Adrian had a sit on him on Monday and was delighted. I hope he’ll run very well.

„We chanced our arm a wee bit at Kempton and it didn’t come off, but it didn’t do him any harm.

„He’s had a break since and is back in good form for a race that has been his target for some time.“

Tolworth Hurdle runner-up Jetoile and Cheltenham’s Supreme Trial winner I Like To Move It are another pair of interesting contenders in what should be a fascinating contest.

200 лв.
Nicky Henderson is blessed with an abundance of talent when it comes to young hurdlers and he is struggling to split the pair he runs in Saturday’s Betfair Hurdle at Заложи сега