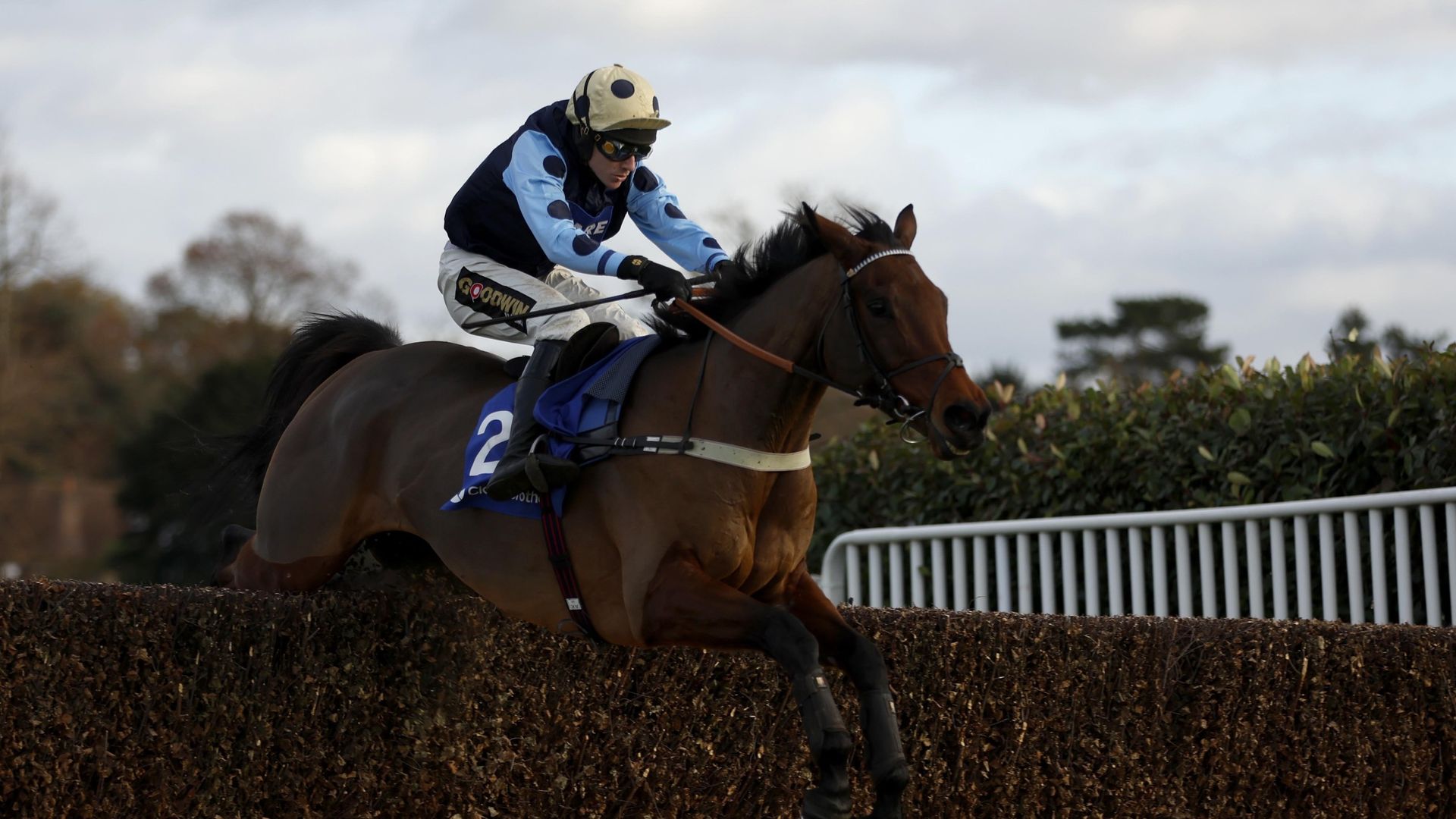 Britain’s two leading Arkle contenders Edwardstone and Third Time Lucki lock horns for what promises to be an informative clash in the Virgin Bet Kingmaker Novices’ Chase at Warwick.

While the Irish contingent again look to have an overall stranglehold on next month’s Cheltenham Festival, the Arkle is one of the few major prizes the home team appear to have a strong hand.

Edwardstone disputes favouritism along with last weekend’s Irish Arkle winner Blue Lord, having completed a hat-trick since being brought down here in November.

Alan King’s charge returned to Warwick to open his chasing account before dominating his rivals in both the Henry VIII Novices’ Chase at Sandown and the Wayward Lad at Kempton.

„Everything has gone very smoothly with him since we started building him up for this. It’ll a proper race, but a bit of match practice won’t do him any harm,“ said King.

„He’s had a nice freshen up since Christmas and he’s a horse I wouldn’t want to be too fresh going to Cheltenham, so this race slotted in well.

„The ground should be fine so we’ll see what happens.“

Third Time Lucki was impressive in winning his first two chase starts at Cheltenham, but faded into third place in the Henry VIII – beaten 16 lengths by Edwardstone.

He got back on track with a wide-margin victory in the Lightning Novices’ Chase at Doncaster a fortnight ago and trainer Dan Skelton is looking forward to a rematch with Edwardstone this weekend, on what will be very different ground to Sandown.

He said: „Having seen more and more of our horse, especially at Doncaster the other day, you can see how effective he is when he can use all of his speed. He’s a very, very quick horse, a little bit like Nube Negra – they’re very quick horses. They can obviously show more of that pace on better ground.

„I’m not going to take anything away from our defeat at Sandown, because I think as much as the ground was a little soft for us that day, it was a third quick run at the start of the season and that was probably as much our undoing – and the way we tried to ride him.

„We’ve learnt a lot as we’ve gone on through this season with him and I’m looking forward to running him on Saturday.

„I was happy with everything I saw at Doncaster and I think Warwick will suit him equally well. We’ve worked out how to ride him now and what his optimal conditions are.“

King has previously won the Kingmaker with Kadount (2005), Voy Por Ustedes (2006) and Balder Succes (2014), while Skelton struck gold 12 months ago with Allmankind.

Comparing Third Time Lucki to last year’s victor, the trainer added: „Allmankind is a grinder – he sees out trips very well – whereas Third Time Lucki is a really classy traveller. They are very different horses, but both have stacks of ability.

„You will see Allmankind run on any ground and he will almost run his race given any conditions, any track – the only time he’s not run well was at Huntingdon and he wasn’t right afterwards.

„I feel with Third Time Lucki, to show his absolute best, he has to have the absolute best conditions. As time is going on with his career, I’m starting to realise that more and more.“

Venetia Williams steps Brave Seasca up in class after three successive handicap wins, two of which came over this course and distance.

The field is completed by the Alex Hales-trained For Pleasure, who looked at the mercy of Third Time Lucki at Doncaster when falling at the final fence.

200 лв.
Britain’s two leading Arkle contenders Edwardstone and Third Time Lucki lock horns for what promises to be an informative clash in the Virgin Bet Kingmaker Novices’ Chase at Warwick. While Заложи сега