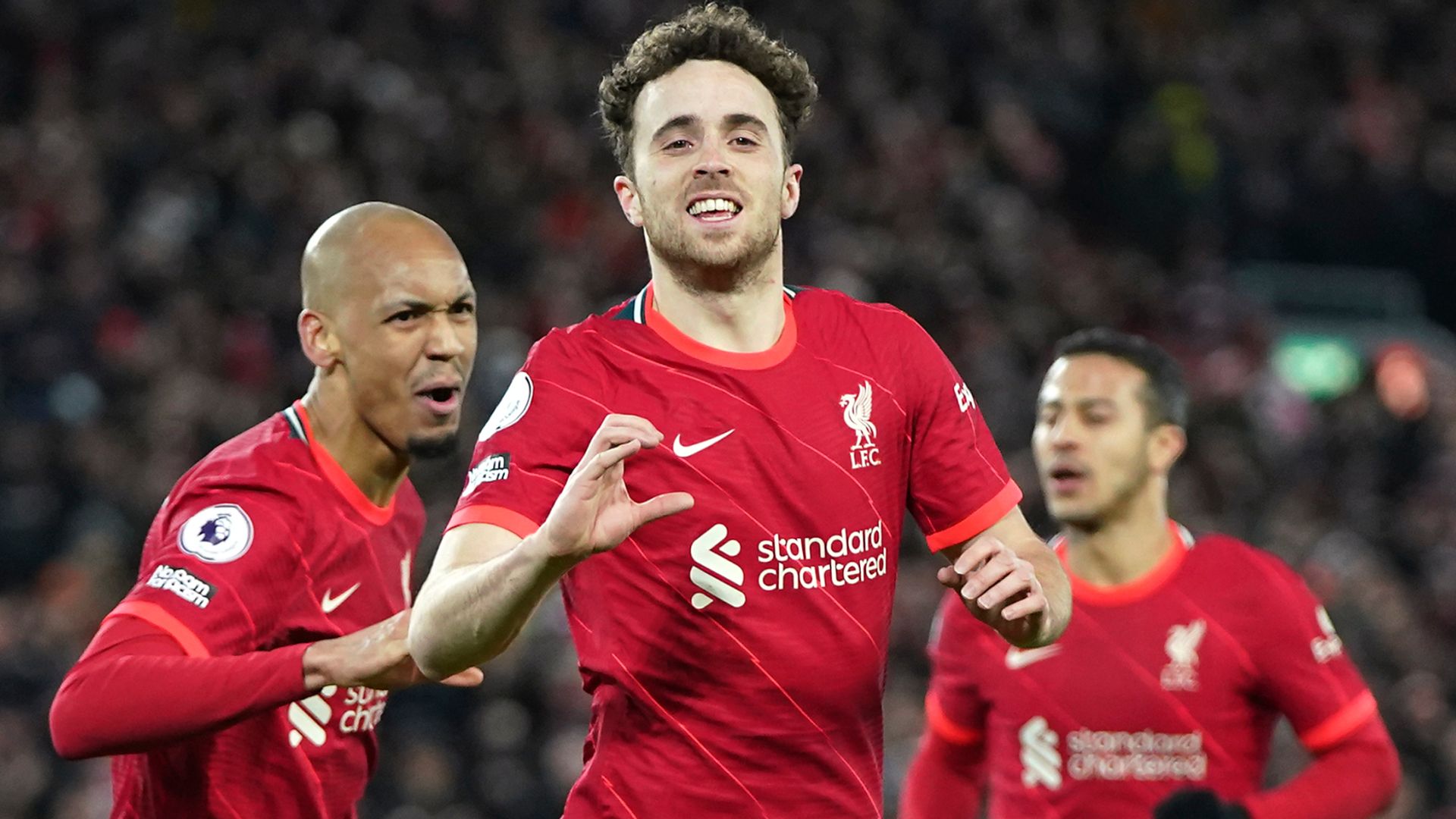 Jota turned home from close range after Kasper Schmeichel had parried Virgil van Dijk’s header (34), then fired in from a Joel Matip pass (87) to seal the win and put Liverpool back within nine points of leaders Manchester City with a game in hand.

The Reds were without Sadio Mane following his late return from the Africa Cup of Nations while Jurgen Klopp resisted the urge to start Mohamed Salah, who was named on the bench following Egypt’s defeat to Senegal in Sunday’s final.

But Jota stepped up again in their absence, taking his goal tally for the season to 17, while there was also an impressive Premier League debut from Luis Diaz, their January signing from Porto.

Salah did emerge from the bench in the second half, striking the woodwork with a curling effort and twice seeing Schmeichel deny him on other occasions.

It was Jota’s night, though, his second goal, after Liverpool had missed a succession of chances, confirming a fifth consecutive home win in the Premier League for Klopp’s side and leaving Leicester 12th.

Liverpool visit Burnley at Turf Moor on Sunday at 2pm while Leicester host West Ham at 4.30pm on Sunday, live on Sky Sports.