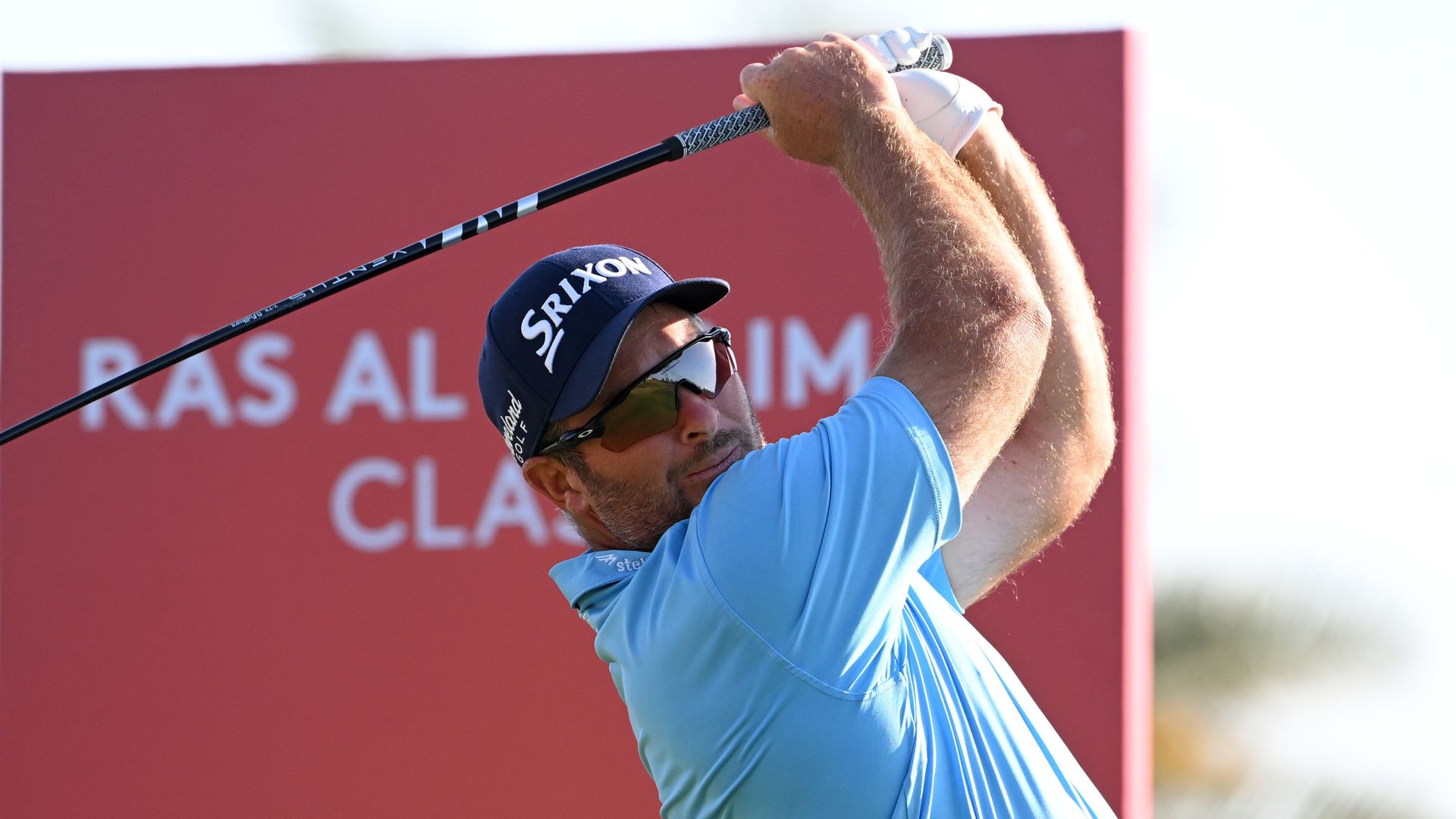 Englishman Richard Bland is two shots off the lead after first round of Ras Al Khaimah Classic as he bids to break into world top 50 for the first time; New Zealand’s Ryan Fox sets the pace with a nine-under 63 at Al Hamra Golf Club; four Brits in group tied for third on seven-under

A putting tip paid instant dividends for Ryan Fox as he carded a course
record-equalling 63 to set the pace in the Ras Al Khaimah Classic.

Nine players were a shot further back on six under, including Scotland’s Robert MacIntyre and David Drysdale and the English duo of Richard Bland and Andrew Wilson.

Fox, who missed the cut in last week’s event on the same course, said: „I’ve shot some pretty low scores at home but struggled to bring that out here at times. It was nice to get in the zone, I just felt like I had control of the golf ball.

„I probably need to throw a couple of thanks out too. I struggled last week here with my back; I have my physio out here and the Tour physio has helped me out over the weekend and I feel 100 per cent this week, which was nice.

ОЩЕ:  PL hits & misses: Is Coutinho back to his best? | Spurs' defence crumbles

„Shaun Norris was nice enough to give me a putting tip on Tuesday when we played a practice round together and that seemed to work pretty well too so big shout out to those guys.“

Bland, who lost to Viktor Hovland in a playoff at the Dubai Desert Classic two weeks ago, is bidding to break into the world top 50 for the first time in his career.

The 49-year-old Englishman’s round included seven birdies with just the one bogey, as did MacIntyre, who is also among the group tied for third.

MacIntyre spent some time in the television commentary box after his opening 66 and revealed that his preparations had involved watching a film called ‘Peaceful Warrior’ about a gymnast bidding to overcome injury and win a national title.

„It’s something that I have been trying to work on in the last couple of weeks, my expectations,“ the left-hander explained.

„I’ve struggled a bit with that and Stuart, my performance coach, got me to watch a movie last night; I got lost in the movie and it’s just about trying to stay in the present.“

Nicolai Hojgaard won at the same venue last week but finds the Norwegian himself eight shots off the lead after the first round.

Watch coverage of the second round of the Ras Al Khaimah Classic from 8.30am, Friday on Sky Sports Golf.

200 лв.
Englishman Richard Bland is two shots off the lead after first round of Ras Al Khaimah Classic as he bids to break into world top 50 for the first time; Заложи сега