Reigning Premier League champion Jonny Clayton goes one better than opening night, beating Joe Cullen to scoop the five points and £10k bonus; the Welshman defeated Michael Smith before recovering from 4-1 down to average 106 and defeat Michael van Gerwen 6-4 in a thrilling semi Defending Premier League champion Jonny Clayton stamped his authority on the chasing pack by winning Night Two in style at the M&S Bank Arena in Liverpool.

The 47-year-old Welshman made up for his opening night final defeat to Peter Wright in Cardiff with a 6-4 victory over newcomer Joe Cullen.

„I didn’t play my best in the final but I got over the line and that’s what counts.

„The game against Michael van Gerwen was hard work, I had to be at my very best to win that one.

„I’m Premier League champion for a reason and I’ve got off to a good start this year, so long may it continue.“ Clayton had earlier battled back from 4-1 down to stun five-time champion Michael van Gerwen 6-4 in the first semi-final.

‘The Ferret’ reeled off five consecutive legs – including two 110 finishes – to complete a stunning victory over the Dutchman, with a 106.6 average and 67 per cent on the doubles. 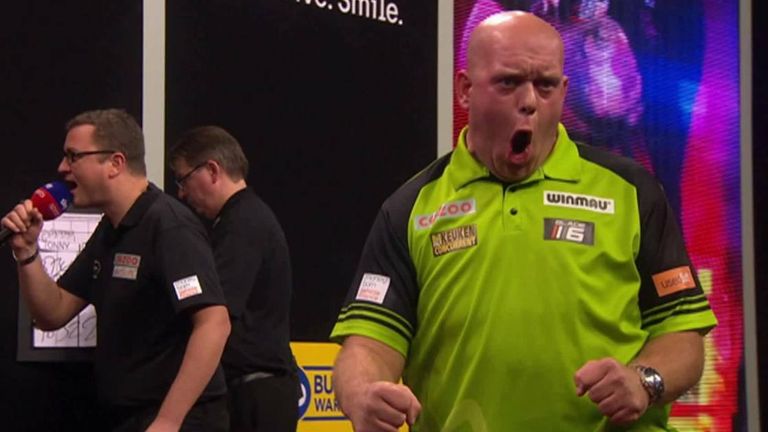 The former world No 1 appeared in majestic form having earlier dismantled world champion Wright 6-1 in the opening match of the evening.

He sunk two double 18s for a huge 129 finish and a 3-1 lead before extending his advantage by taking out 94, but Clayton showed his class to turn a pulsating contest on its head and reach the final.

Better than last week but still not the win I wanted. Well done to @JonnyClay9 it was a phenomenal game. I know my game is close, now for the Pro Tour this weekend.
Thank you for all the support tonight in Liverpool 💚💚 pic.twitter.com/ZD3MhgIafh

Meanwhile, Bradford thrower Cullen fought back from 5-2 down to beat world No 1 Gerwyn Price in a deciding leg shoot-out.

Earlier in the evening, Price pinned a marvellous 156 checkout in his 6-3 victory over Gary Anderson, while Cullen’s 115 finish helped him on his way to his maiden Premier League win against James Wade. 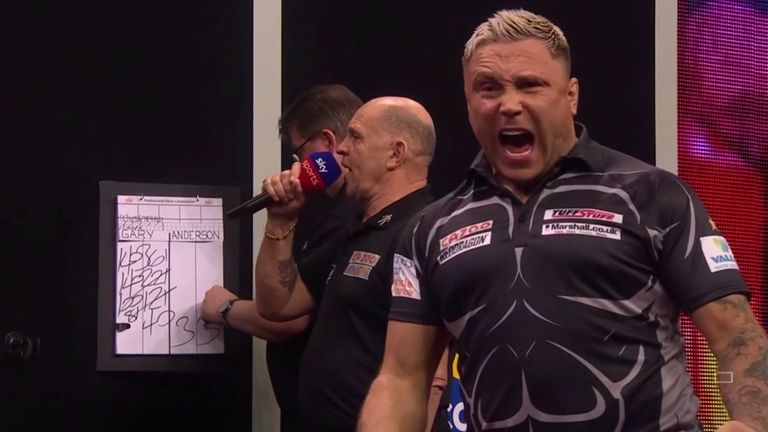 Clayton sunk a 142 as he beat world championship finalist Michael Smith 6-3 before ending the night on a winning note.

The Premier League roadshow moves on to Belfast next Thursday, as Wright takes on Anderson in the pick of the quarter-final ties.

The night’s other matches will also see Smith – the only player without a win so far this season – meet Price, Cullen take on Van Gerwen and Wade face Clayton as the £1m tournament continues.

Check out daily Darts news on skysports.com/darts, our app for mobile devices and our Twitter account @skysportsdarts. We’re back for more Premier League action from The SSE Arena, Belfast next Thursday from 7pm on Sky Sports Arena.