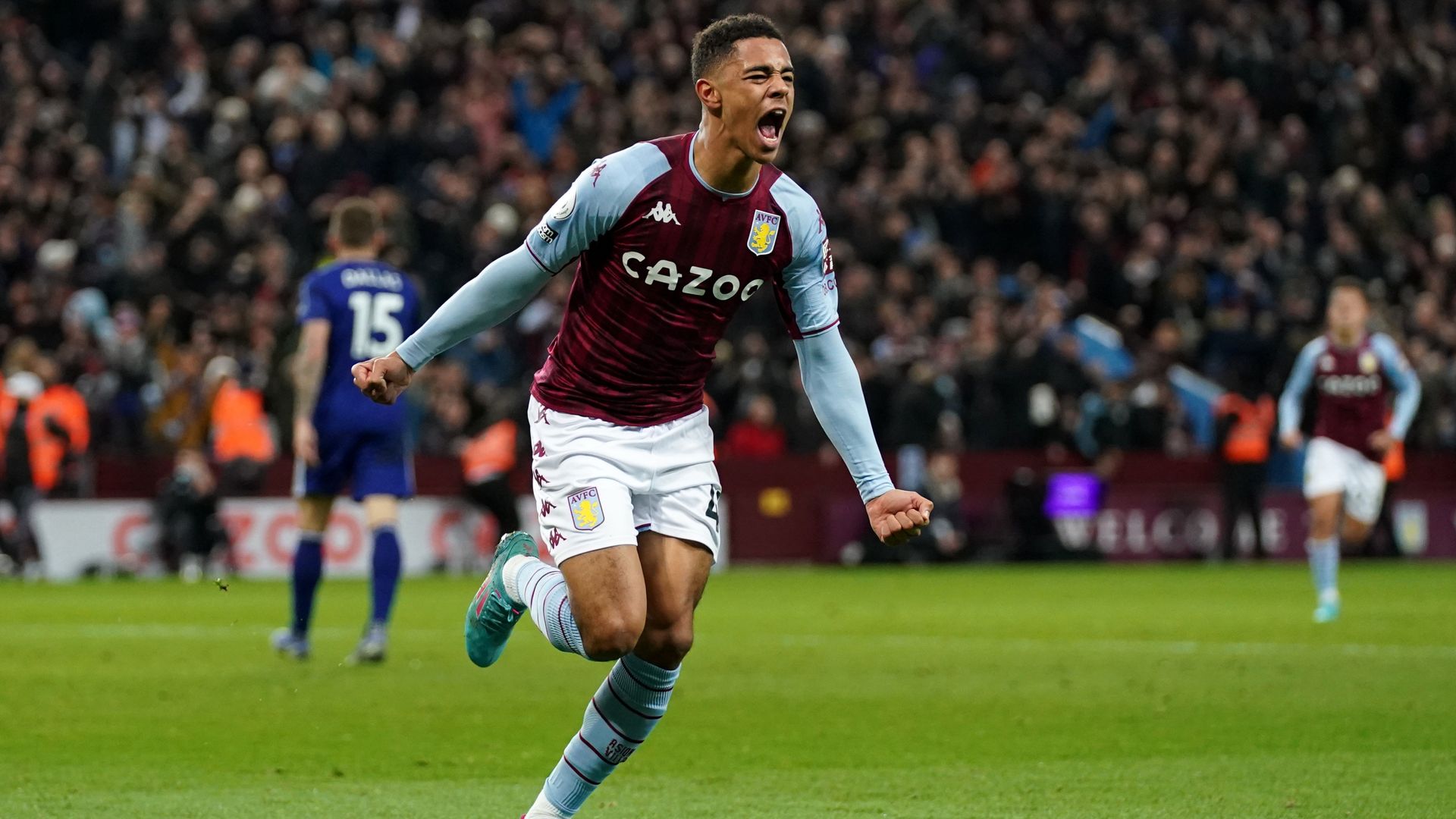 Steven Gerrard tipped Jacob Ramsey for an England call-up after his double in Aston Villa’s thrilling draw with Leeds.

The midfielder struck twice but Villa still lost a 3-1 lead to draw 3-3 at home.

Philippe Coutinho’s second goal in three games and Ramsey’s double had put the hosts in charge after Daniel James’ opener. James made it 3-2 in first-half stoppage time and Diego Llorente levelled just after the hour to earn Leeds a deserved point.

Ezri Konsa was sent off late on – earning a second yellow for a mindless block on Illan Meslier – but Gerrard was focused on Ramsey’s impact and believes the England U21 international can step up to the seniors.

‘It won’t be long before the whole country is watching’

„I know the level of the England players, I’ve been around it, and have enough experience to know it’s only a matter of time but let’s all be sensible and keep calm about it,” he said, as Villa missed out on a place in the Premier League’s top 10.

„I want him to make his own headlines with his football. He is a top talent, I’m loving every moment of working with him. He is getting stronger with each game because we’re giving him the platform to express himself. He is in a wonderful place.“

He has given me a lot of confidence. I grew up watching up so now he’s a gaffer I can only take his advice.

„It won’t be long before the whole country is watching him I’m sure. He is right up there let me tell you.“

„We should have killed the game really at 3-1 up. In the second half I thought we were poor. It was like a basketball game. I think we’re disappointed with a draw.

„I’m obviously over the moon to get two goals at Villa Park in a big game but we let in two silly goals so I’m still disappointed.

„If we go into the break 3-1 I think we come out better but they got that goal just before half time. It’s a game we need to look over and pick the positives out. It’s two points dropped but one we’ll take.“

Gerrard: It was vintage Coutinho

In what was a frantic first half, James opened the scoring for Leeds after nine minutes, collecting Llorente’s ball after Tyrone Mings’ mistake and drilling across Emi Martinez. The Wales winger hit the bar as Leeds continued to threaten before Coutinho turned on the style in a devastating 13-minute spell.

First he collected Matty Cash’s centre after half an hour to steer in the leveller. It was just the start and a brilliant turn and pass after 38 minutes sent Ramsey clear to score. The pair combined again two minutes before the break when Coutinho broke to find Ramsey and the midfielder drilled in high past Meslier for his fifth goal of the season.

Gerrard added: „There are a lot of bones to pick out from the game, for me and the coaches to improve on going forward but I’m certainly taking it as a positive.

„Looking at Philippe’s performance tonight, not just his goal and assists, if you don’t love watching that you shouldn’t be watching football. That was absolutely beautiful, some of the stuff he has done.

„It was vintage Philippe Coutinho tonight. He’s certainly getting back close to where he was when the whole world was speaking about him.“

Bielsa: Draw was a fair result

Leeds were not done though and James headed in from close range to pull a goal back in first-half stoppage time.

The visitors chased a leveller and Mings cleared Pascal Struijk’s header off the line but could do nothing to stop Llorente’s 63rd-minute equaliser. The England defender failed to get enough on a clearance following Struijk’s knockdown and the ball fell to Llorente to slam in.

Villa lost Emi Buendia to injury with Coutinho also going off and then had Konsa dismissed with three minutes left after he needlessly blocked Meslier to earn a second yellow, but neither side could find a winner.

He said: „It was a game of alternate dominance with moments of good football from both teams,“ said Leeds boss Bielsa, with his side six points above the bottom three.

„The second half didn’t stand out as much but it was very competitive. We needed to prevent them from creating danger but continue to attack.

„Perhaps with Villa unbalanced in the second half we created a few more chances. The fact we were only one goal behind at half-time strengthened us to go into the second half.

„A draw was the fair result.“