Sky Sports NFL’s Hannah Wilkes is in Los Angeles for all of the build-up to Super Bowl LVI at SoFi Stadium on Sunday, bringing you her daily diary as she goes behind-the-scenes at Super Bowl week…

Hello from Los Angeles! Super Bowl LVI is finally here and so are we! Well, four of us are.

The main show on Sky Sports NFL is back at base come Sunday, but our crew on the ground arrived on Sunday to bring you all the build-up from the City of Ángels itself.

We’ve been in town just over 24 hours and we’ve crammed quite a lot into them. I’ve noted a few things down for your entertainment…

Touchdown in the USA! Bamboozled by an immigration officer whistling a happy tune.

Like true Brits abroad, we’re in an Irish Bar for dinner – complete with an unexpected Eminem singalong to get us ready for the half-time show. 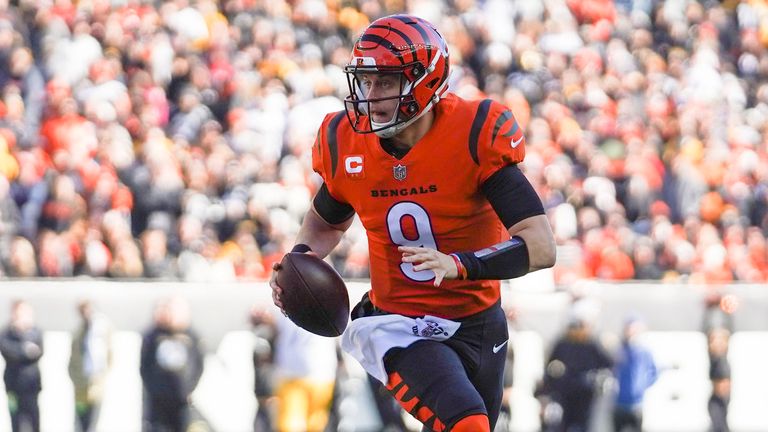 Super Bowl media credentials collected, we are IN!

We head straight to ‘Radio Row’ for our first live hit on Sky Sports News. Radio Row is where literally rows and rows of all of the global media organisations covering the Super Bowl will be housed under the same roof.

We bump into former NFL quarterback Ryan Leaf and discover he’s under center for a flag football game on Tuesday night. He joked on NFL Overtime this season that he wanted to go for Tom Brady’s touchdown pass record – it’s on!

Popped into the ‘Super Bowl Experience’ to film a couple more links. It’s like one giant NFL theme park and will be absolutely buzzing when it opens to fans on Thursday. 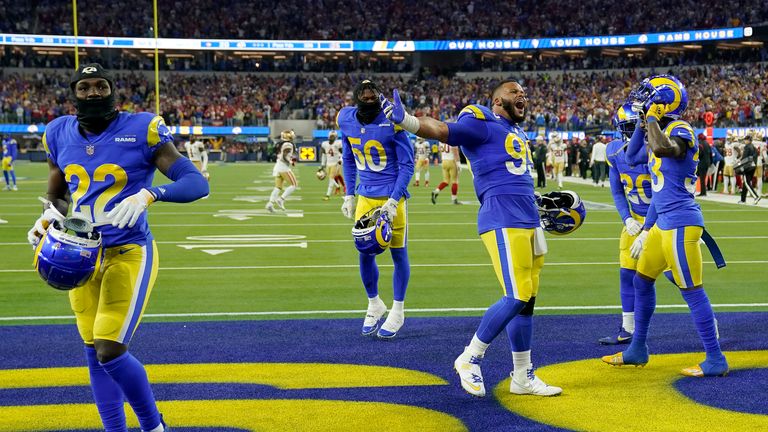 Headed to SoFi Stadium to film a couple of pieces to camera. It’s already humming with activity, although we can’t get into the stadium itself – it’s locked down until Sunday so the half-time show, anthems and all the pageantry can be rehearsed in top secret.

While our cameraman supremo Si captures some „art“, producer Greg is temporarily recruited as an iPhone cameraman for another reporter. After seriously working the angles for the guy we manage to reclaim Greg as our own. A small incident involving the world’s worst golf cart. No one harmed, but pride damaged!

Back to the ‘Super Bowl Experience’ to film a Sky Sports News piece with friend of Sky Sports NFL, The Ringer‘s Nora Princiotti.

With Tom Brady’s „never say never“ comments regarding a comeback, and Nora’s background as the Patriots’ beat reporter I ask her about that first… and get a laugh!

Brady eh? We’re still talking about him during Super Bowl week whether he’s here or not.