Tom Brady has left the door open on a potential NFL comeback in the future, saying on his latest ‘Let’s Go!’ podcast „never say never“ when asked if he could ever return to the game?

The 44-year-old, seven-time Super Bowl winner officially announced his retirement from the NFL a week ago, and though he added that he felt „very good about the decision“, it appears Brady is not ready yet to completely rule out a comeback.

„I’m just gonna take things as they come,“ Brady said on his podcast on Monday. „I think that’s the best way to put it and, you know, you never say never.

„At the same time, I feel very good about my decision. I don’t know how I’ll feel six months from now.“

Brady added: „I try to make the best possible decision I can in the moment, which I did last week.

„Again, I think it’s not looking to reverse course, I’m definitely not looking to do that. But at the same time, I think you have to be realistic that you never know what challenges there are gonna be in life.

„I loved playing. I’m looking forward to doing things other than playing. That’s as honest as I can be.“ 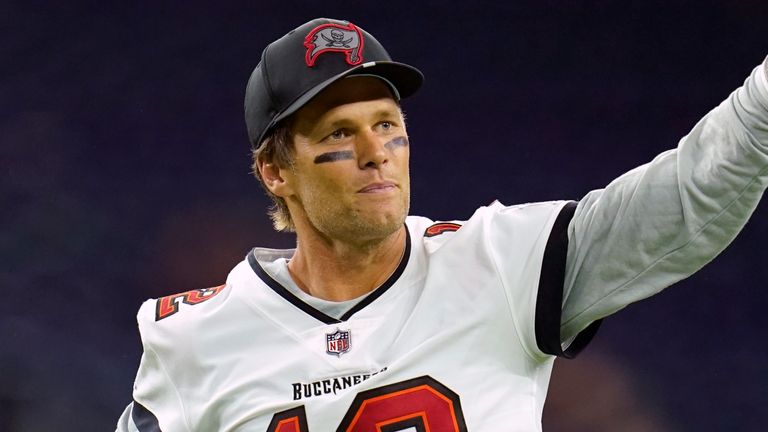 Brady explained in more detail the motivation behind his decision to finally quit after his decorated stint in the NFL spanning more than two decades, saying time with his family was at the heart of it.

„I think the choice is, everything certainly comes at a cost, and the cost is what am I missing out on other aspects of my life?“ Brady said.

„As you get older, you experience things that are outside of the sport that demand the level of attention and energy that football has always gotten. And it’s time for me to commit to those types of things.

„A lot of things have come up in the last 10 years of my life as I’ve got closer to this decision last week and it just in the end felt like it was just the right time to do it.

„I think for anyone who loves the sport like I have over the years, it will always be in my heart, as it should be, because I’ve committed a lot of time and energy and hours to it.

„But at the same time, there’s a time and place for everything. I’ve had an amazing time doing it and I’m just really excited for what’s ahead.“

Sky Sports NFL is your dedicated channel for NFL coverage through the season – featuring a host of NFL Network programming. Don’t forget to follow us on skysports.com/nfl, our Twitter account @SkySportsNFL & Sky Sports – on the go!