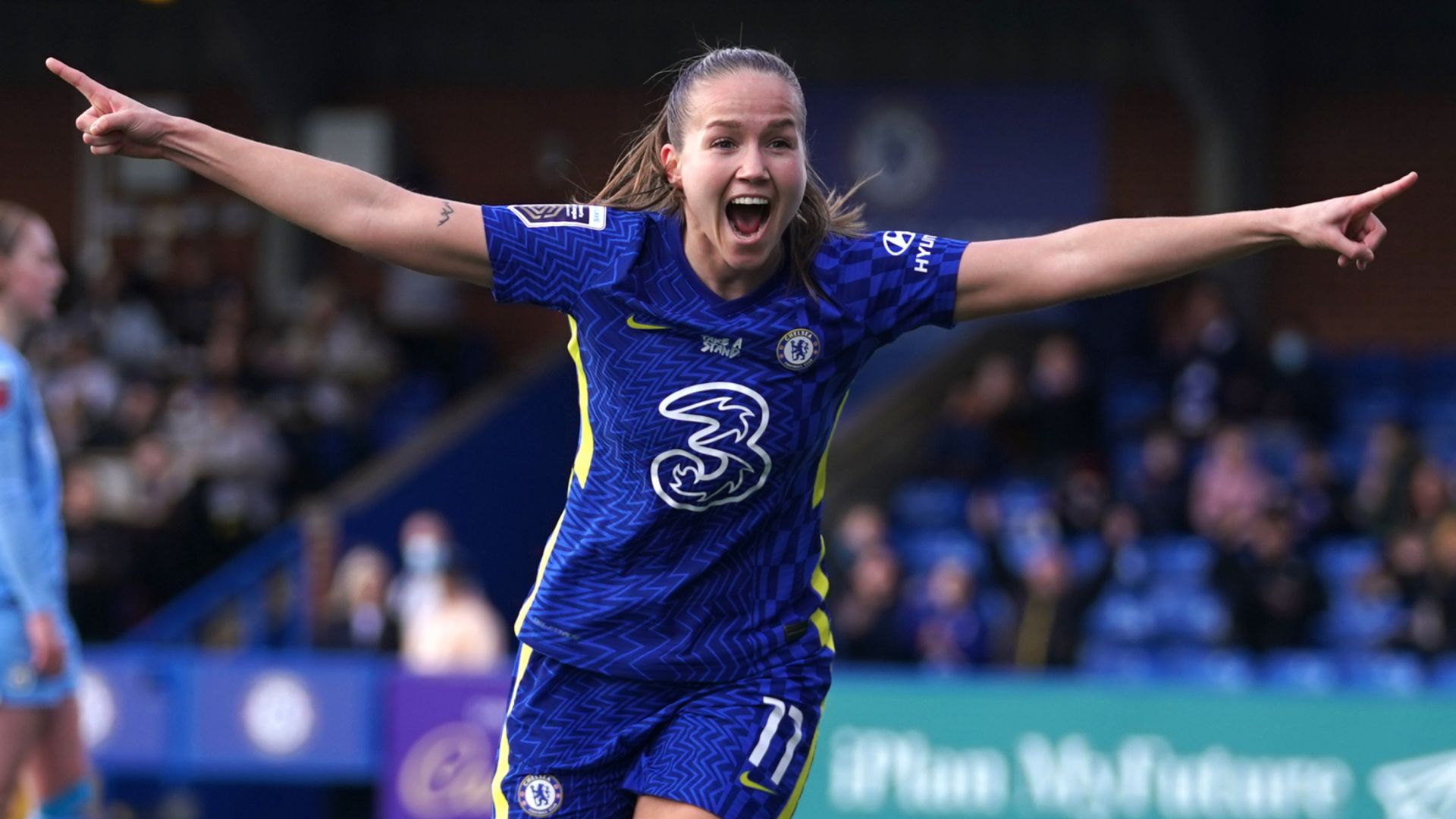 Chelsea beat Man City 1-0 to close gap on Arsenal at the top of the WSL table on Sunday, with other key wins for Tottenham and Leicester. 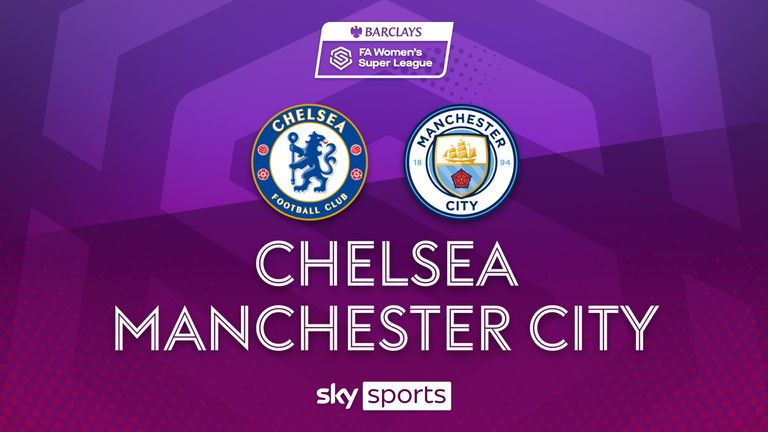 Chelsea took a huge step towards another Barclays FA Women’s Super League title with a 1-0 win against Manchester City at Kingsmeadow.

The game was seen as a warm-up for the pair’s first meeting in a domestic cup final on March 5 when they will go head-to-head for the Women’s League Cup title.

Guro Reiten’s 14th-minute goal was enough to decide the tie. Her glancing header beat City goalkeeper Ellie Roebuck after a cross from Jess Carter on the right.

Man City had their chances to equalise and it made for a frantic finish. Lauren Hemp saw an effort curl wide of the target, before another shot was cleared by Millie Bright.

At the other end, Lauren James almost took advantage of Roebuck coming well out of her area to clear a loose ball, but the goalkeeper did just enough to clear. Caroline Weir also had a shot from a tight angle, but it blazed over the crossbar.

The result sees Chelsea go two points behind Arsenal in first place with a game in hand. The top two meet in a potential WSL title decider on Friday, live on Sky Sports.

Chelsea manager Emma Hayes told the BBC: „It feels like every win is a huge win. I do think it’s the tightest league campaign, so it does feel like you can’t drop points anywhere.

„I’ve said all along, league titles are decided in the second half of the season and my team is in a strong position after today’s result. We’re three points closer to the step we want to get to.“

„We’re really disappointed, we felt like we could come here today and win and I thought we probably did enough.

„It’s onto the next game now but we’ve got to take those positives of that second half and use it as fuel (moving forward).

„We created some really good half chances, we had more opportunities but just made the wrong selection but I suppose part of that you have to credit Chelsea.

„They defended the goal really well and the goalkeeper [Berger] is calm in what she does. It’s not as easy when you come up against a team as resolute as that at the back.“ 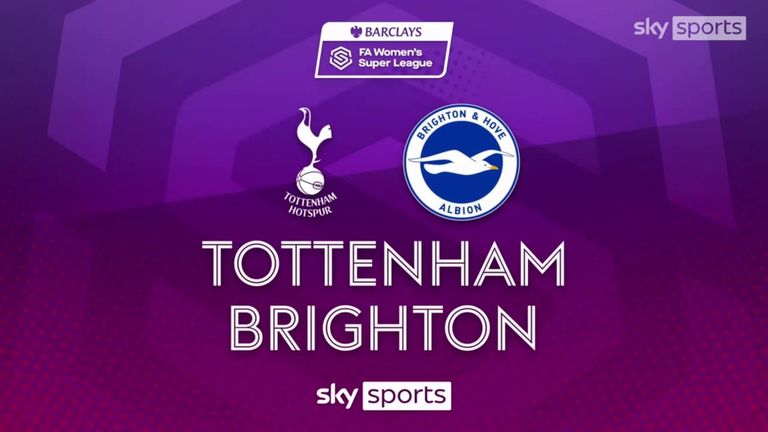 Tottenham kept pace with the top three with their biggest ever WSL win, seeing off Brighton 4-0 at The Hive.

Kyah Simon opened the scoring for Spurs in the 12th minute. She collected a superb long pass from Molly Bartrip, before coolly lofting the ball over Megan Walsh.

But it was three goals in six minutes at the start of the second half that sealed an emphatic victory. Ashleigh Neville – who had only been on as a half-time substitute for four minutes – was played through by Ria Percival and dispatched past Walsh.

In the 62nd minute, Eveliina Summanen’s touch from a Spurs free-kick was kept out by Brighton captain Victoria Williams. However, the ball landed to Rachel Zadorsky who turned home from close range.

The fourth goal came a minute later and it was Simon’s second of the afternoon, turning home from Neville’s cross.

It leaves Spurs just a point behind Manchester United in third, while Brighton are now winless in ten games across all competitions. 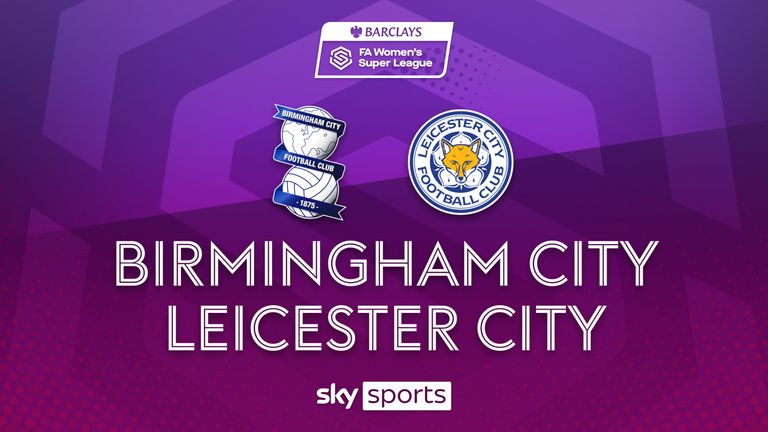 Leicester took a huge step towards WSL safety with a 2-1 win against Birmingham, who remain rooted to the bottom of the table.

The game turned midway through the first half when Blues goalkeeper Emily Ramsey was sent off for a challenge on Jess Sigsworth. She was replaced by Lucy Jones, but the back-up stopper could not stop Sigsworth’s penalty as Leicester took the lead.

In the 37th minute, the Foxes doubled their lead when Jemma Purfield’s corner curled into the roof of the net.

Birmingham were handed a lifeline when skipper Louise Quinn nodded home in the 85th minute, but Leicester held on for a vital three points.

They are now five points ahead of Birmingham in 11th and have completed the league double of their Midlands rivals. 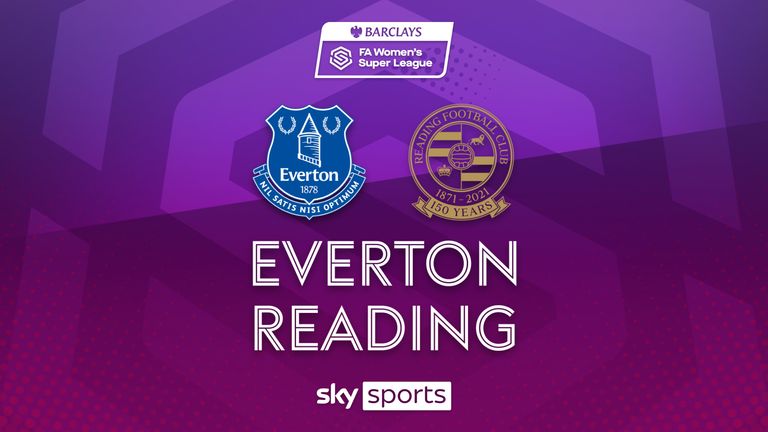 Managerless Everton were beaten late on by an in-form Reading, extending their winless WSL run to four games.

But the hosts – who saw Jean-Luc Vasseur leave the club earlier in the week – took the lead inside five minutes. Anna Anvegaard turned home from close range after Claire Emslie’s initial shot was deflected into her path.

Everton could have doubled their lead early in the second half. Reading’s Lily Woodham was penalised for handball, but Izzy Christensen saw her penalty well saved by Grace Moloney.

Reading capitalised and scored twice late on to win the game. Natasha Dowie saw her effort from range fire past Sand MacIver before Tia Primmer took advantage of a scramble inside the box to drill home the winner.

Reading have now won five WSL games in a row and move into fifth, going above Man City. Everton remain in 10th with 11 points, seven ahead of Birmingham at the bottom of the table. 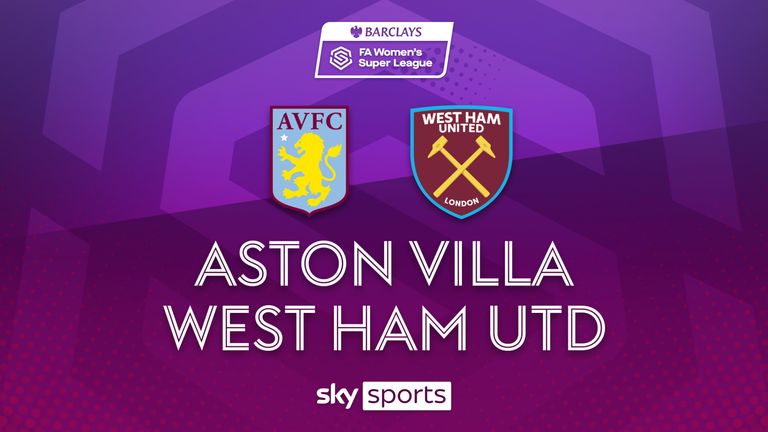 Highlights of the WSL match between Aston Villa and West Ham.

West Ham won away for only the second time this season.

The Hammers went ahead inside 12 minutes thanks to a scramble inside the area. Villa goalkeeper Hannah Hampton let a West Ham corner slip through her hands with Jill Scott – making her Villa debut after joining on loan – clearing a shot off the line. Abbey-Leigh Stringer was then lurking to smuggle the ball home for her first Hammers goal.

The hosts found themselves level just before the break thanks to Alisha Lehmann’s penalty. Ramona Petzelberger was fouled in the area by Grace Fisk and the referee pointed to the spot. Lehmann then fired home for the equaliser.

But seven minutes after the break, West Ham scored the winner. Aston Villa were too slow at the back, allowing Katerina Svitkova through. She then slotted home through Hampton’s legs to ultimately secure the three points.

Villa pushed for an equaliser, but suffered their fifth loss in their last six WSL games. It leaves Carla Ward’s side in ninth while West Ham move level on 20 points with man City.

200 лв.
Chelsea beat Man City 1-0 to close gap on Arsenal at the top of the WSL table on Sunday, with other key wins for Tottenham and Leicester. Chelsea 1-0 Man Заложи сега