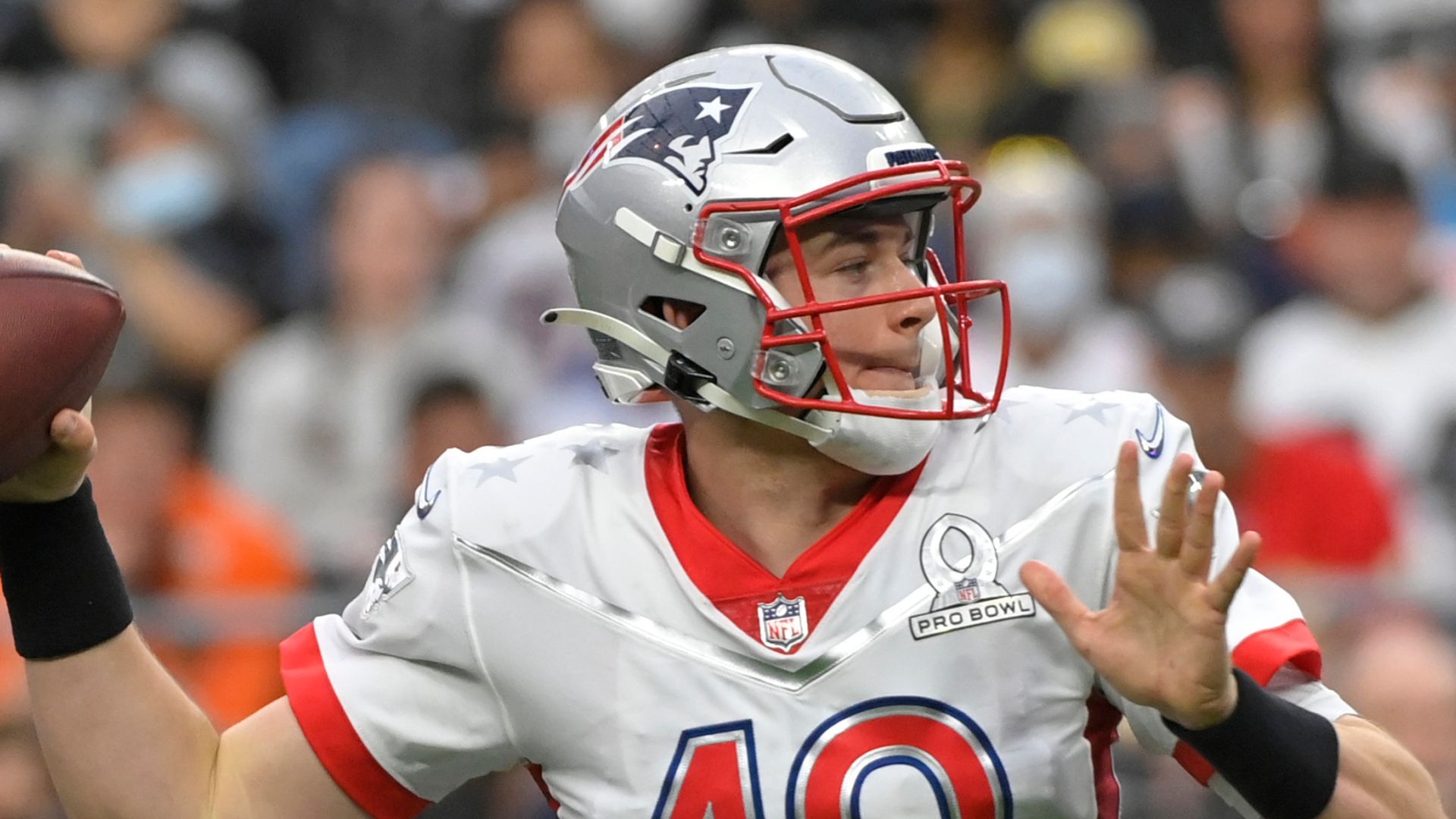 Justin Herbert threw two touchdown passes and Mac Jones one as the AFC secured a 41-35 victory over the NFC in the Pro Bowl on Sunday in Las Vegas.

Baltimore Ravens tight end Mark Andrews had five catches for 82 yards, and two touchdowns, to lead the AFC, while Las Vegas’ own Hunter Renfrow also had a scoring grab and Stefon Diggs of the Buffalo Bills notched a rushing TD.

Kyler Murray threw three touchdown passes for the NFC, and Kirk Cousins one – Kyle Juszczyk, Mike Evans, Kyle Pitts and Dalvin Cook all getting on the scoresheet – but it wasn’t enough to prevent the NFC from falling to a fifth-straight Pro Bowl defeat.

It’s onto Super Bowl LVI at SoFi Stadium in Los Angeles – live on Sky Sports NFL from 10pm on Sunday – as the Los Angeles Rams from the NFC face the Cincinnati Bengals of the AFC.

The AFC opened the scoring on a 45-yard interception return for a touchdown by Indianapolis Colts linebacker Darius Leonard, coming off an errant early throw from Arizona Cardinals QB Murray.

The NFC pulled level courtesy of a 14-yard touchdown pass from Minnesota Vikings quarterback Cousins to San Francisco 49ers fullback Juszczyk but, less than a minute later, the AFC restored their advantage as Herbert found Andrews for a 15-yard score.

The NFC pulled within 14-13 on a pick-six by Antoine Winfield Jr. of the Tampa Bay Buccaneers on the final play of the first quarter. Winfield faked a pitch and kept the ball for a 63-yard return to the house, but a two-point conversion attempt failed.

In the first minute of the second quarter, Cleveland Browns pass rusher Myles Garrett had a 22-yard fumble recovery for a TD. and New England Patriots rookie quarterback Jones followed it up with a successful two-point try to Pittsburgh Steelers receiver Diontae Johnson to put the AFC up 22-13.

Murray fired a 19-yard touchdown to Bucs wideout Evans – and then found CeeDee Lamb of the Dallas Cowboys for the two-point conversion – as the NFC got back to within one.

Los Angeles Chargers QB Herbert had his second scoring strike of the nigh to Andrews shortly before the half to see the AFC take a 28-21 lead into the break after this time their subsequent two-point try was unsuccessful.

The AFC began to streak clear in the second half, stretching their advantage to 41-21 as Jones first found Renfrow, who pulled off a superb toe-tap TD in the back of the endzone, and then Diggs ran in for a four-yard score later in the third quarter.

The NFC cut the deficit with a couple of touchdowns of their own in the fourth quarter – Murray to Atlanta Falcons rookie tight end Pitts and Vikings running back Cook – but the AFC held on for another Pro Bowl victory.