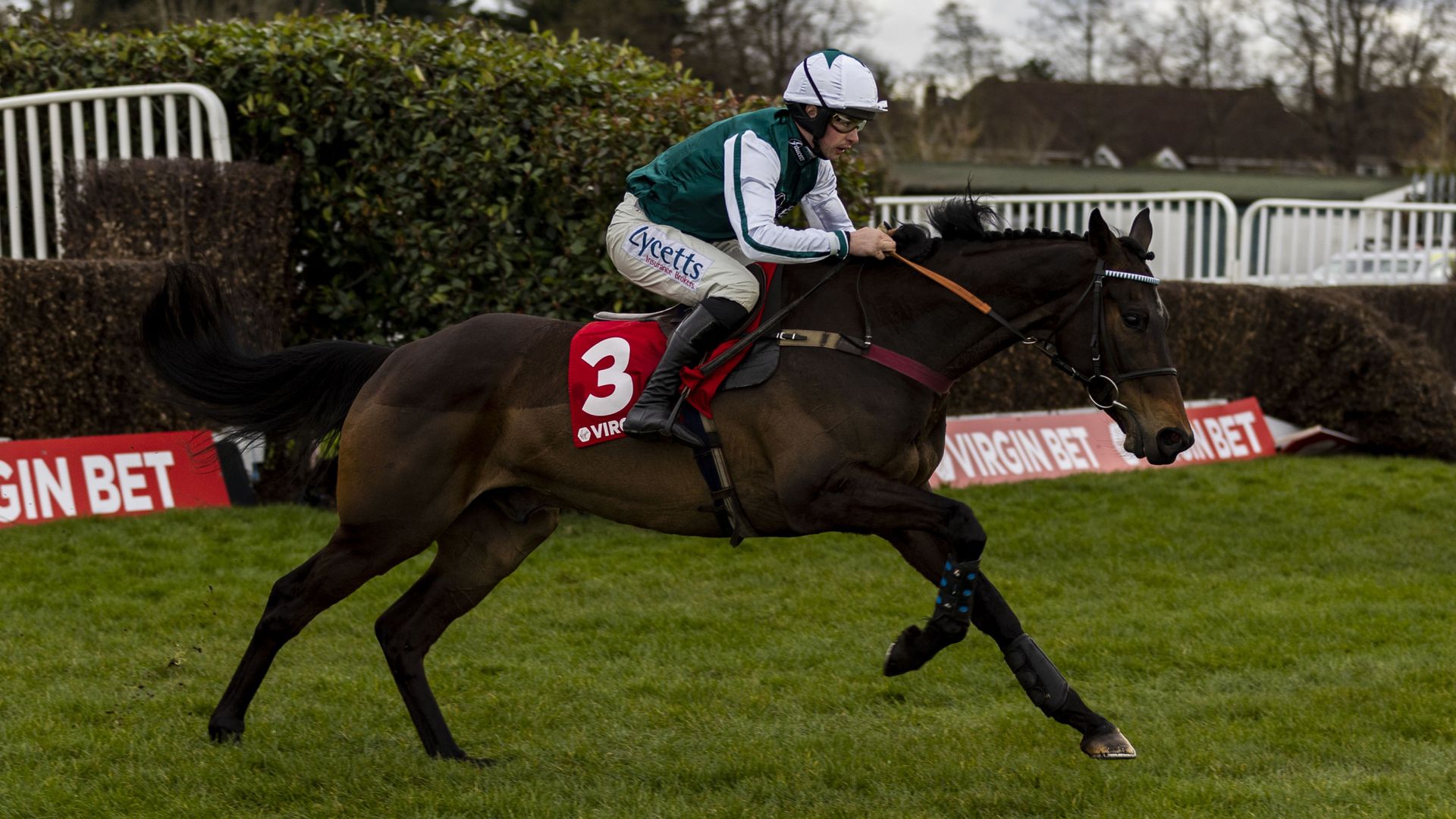 Charlie Deutsch claimed the first Grade One success of his career and Venetia Williams ended her long wait for another at the highest level as L’Homme Presse ran out an easy winner of the Virgin Bet Scilly Isles Novices’ Chase at Sandown.

In a field of five the seven-year-old was the 8-13 favourite and found his chief market rival to be Gladiateur Allen, who unseated Chester Williams at the seventh fence and became something of a hindrance when running loose for the rest of the race.

Jumping clear of the remaining three challengers over the 12th fence, Williams’ gelding then galloped into an increasingly wide lead as he found himself alone on the run-in to cross the line 21 lengths ahead of the second-placed Mister Coffey, with Paul Nicholls’ Pic D’Orhy a further six lengths back in third.

„It was great, wasn’t it? Paul’s horse didn’t really jump as well as he quite would have liked and he put the race to bed quite quickly, actually,“ said Williams.

„I’m sure he had plenty of petrol left in the tank, and Sandown has always been a good test of jumping and that is what you have got to do.

„I’m always looking at what scalps has he got in the cupboard and what has he beaten to this point. You can always easily tone down your expectations if you look at it from that point of view.

„With this horse, I was surprised he was odds-on favourite, but it is the manner of his jumping and the way he has done it which gives everyone the optimism. I could not be more pleased with him.“

L’Homme Presse was cut to 9-2 from 6-1 with Coral for the Turners Novices’ Chase.

Williams added: „I’m not one for pipe dreams. All you think about is the next race.

„It is always one step at a time and there is no point in thinking about anything else other than Cheltenham. It’s very exciting.“

Asked about comparisons between her previous stars such as Mon Mome, Lady Rebecca and Teeton Mill, Williams said: „It is very exciting. The trouble is, I had only been training five minutes and I thought, ‘this is how it is’, and everybody has been very kind and generous with their comments about the season we have had.

„The world of racing is more competitive these days. It is nice to have another Grade One winner in the same race our last Grade One winner was, which was an embarrassingly long time ago (2002) – Golden Goal won this race.

„It was a well-deserved Grade One winner for Charlie. It was a really nice touch that the jockeys came out to applaud him.“

The success was a poignant one for Deutsch after the recent bereavement of a close friend, and the jockey now has a Cheltenham Festival to look forward to as his mount is entered in the Brown Advisory Novices’ Chase as well as the Turners Novices’ Chase – both Grade One races.

„It is a nice galloping track and he is easy to ride, which makes my job easier as well,“ he said.

„All roads lead to Cheltenham, I don’t know where he will go, but that is up to Venetia and the owners. There is just lots to look forward to.

All the jockeys came out to applaud Deutsch as he came in, and he added: „It was a nice surprise and that meant a huge amount that they all came out, so it was brilliant.“

200 лв.
Charlie Deutsch claimed the first Grade One success of his career and Venetia Williams ended her long wait for another at the highest level as L’Homme Presse ran out an Заложи сега