England are looking for a new head coach following the sacking of Chris Silverwood, with a number of candidates being touted from former captain Alec Stewart to Australian legends Ricky Ponting and Justin Langer – we look at the leading contenders for the role…

The inevitable was confirmed on Thursday evening as Chris Silverwood followed Ashley Giles out of the door in the wake of England’s 4-0 Ashes defeat in Australia.

The Yorkshireman had overseen 10 defeats in his last 14 Test matches as head coach and with a three-match series against West Indies to come in March, the ECB decided now was the time to make a change.

But what comes next? Sir Andrew Strauss has taken over from Giles as managing director of England men’s cricket on an interim basis, and will name an interim coach for the tour of the Caribbean before a long-term successor to Silverwood is appointed.

Given the hectic international schedule, there is every chance that England split the role and return to separate head coaches for red-ball and white-ball cricket. Here we look at the contenders for the Test job…

Who better to come in and fix England’s problems than the man who set his team up to so brutally expose them this winter? Having won the T20 World Cup and The Ashes in recent months, Langer’s spell as Australia head coach ended when he resigned after turning down a short-term extension to stay in the role.

Langer’s departure was confirmed in a statement which read: „Cricket Australia has accepted men’s team head coach Justin Langer’s resignation, which was received today. Justin was offered a short-term extension to his current contract, which sadly he has opted not to accept.“

„We see this whole thing going on in Australia where it doesn’t look like the players have a great deal of time for Justin Langer,“ Sky Sports Cricket pundit Rob Key said. The idea has emerged that England’s players have been allowed to have things their own way a little too often under Giles and Silverwood, so Langer would certainly provide a counter to that.

But while he has enjoyed success in his time with Australia, it has not all been plane sailing with two home series defeats to India and limited-overs defeats to West Indies and Bangladesh. Plus, there is the question of whether the proud Western Australian would even consider working for the old enemy?

The former South Africa opener ticks all the boxes when it comes to top-level experience both as a player and a coach. Kirsten won the 2011 World Cup in his time in charge of India before leading South Africa to the top of the Test world rankings the following year.

He is also well known to the ECB having applied for the England job in both 2015 and 2019, when he was the clear favourite to get the job before an underwhelming interview saw him miss out to Silverwood. He has already expressed an interest in the role this time around.

„Listen, the England ODI side is set up, you’re the best ODI side in the world at the moment,“ he told the i newspaper in December. „It’s a project that has been well thought out, you’ve got consistency in the players that have been picked.

„Your Test side has battled for a while, but it would be a really lovely project to get that going. There’s a lot that needs to be put in place to build this Test team out. Maybe the time has come for England to say that Test cricket is their focus.“

Kirsten has not coached at international level since leaving the Proteas in 2013 due to family commitments and has instead coached in various franchise competitions, including the Big Bash, the IPL and The Hundred.

The 54-year-old has also made clear that he would only commit to taking over the Test side, adding: „When international cricket boards get their head around the fact that they need to split coaching roles, then it becomes a consideration.“

The former England captain has already been suggested as a potential interim coach for the series in the Caribbean but if the ECB want to go with an English coach, then Stewart would certainly be among the leading candidates to take full-time charge. 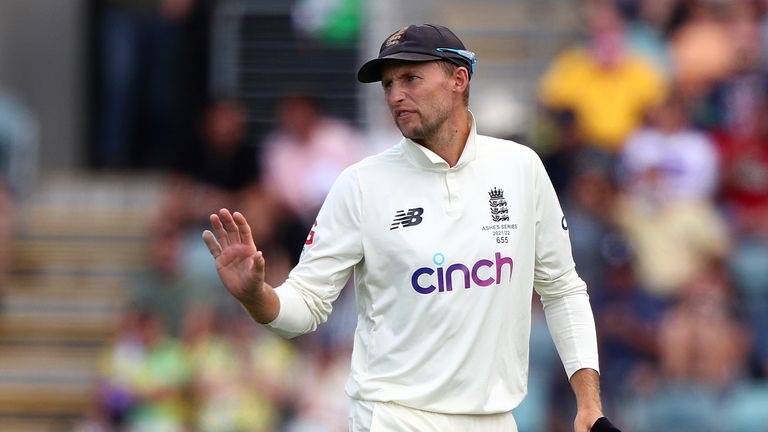 „I would have thought he has the stature that when he thinks about a strategy and a vision for English cricket, people will sit up and listen,“ his ex-teammate Mark Ramprakash told Sky Sports News.

„He is also an excellent man-manager. If he walks into a dressing room, be it a Test match or one-day game, all the players will listen to him. He commands the respect of all the players.“

Stewart is currently director of cricket at Surrey and was at the helm as they won the County Championship in 2018. ОЩЕ:  Eriksen to play in Brentford friendly this week

He has also been credited for helping bring through a number of talented batters at The Kia Oval, including England pair Rory Burns and Ollie Pope, while his familiarity with the county game means he is likely the best placed of the contenders to immediately be able to identify the players to take the team forward.

If it is a question for Langer, there is almost certainly a definitive answer when it comes to Ponting.

A legend of Australian cricket – and the game as a whole – with a burgeoning reputation as a coach thanks to success in the IPL with Mumbai Indians and Delhi Capitals, as well as glowing reviews from his time working with the Australia side, the Tasmanian has neither the need nor, it seems safe to assume, the inclination to take the England job.

The fact he seems like the natural successor to Langer for the top job in Australia makes persuading him to move hemispheres to help out their biggest rivals even more unlikely.

„The ideal person is someone who wouldn’t want to do the job for love nor money, someone like Ricky Ponting,“ Key said. „You talk about international experience, the class he has – how Joe Root would be able to feed off him – but he’s not going to do the job.“

It might actually be good news for Root given how critical Ponting was of his captaincy during the Ashes but the wealth of knowledge, experience and sharp cricketing insight that he would bring to the role is just what England are after.

Sticking with the Australian theme, Tom Moody is another who has previously been linked with the England job and may come under consideration. A former international bowler, Moody has coached in franchise cricket for a number of years and is currently director of cricket for IPL side Sunrisers Hyderabad, a role he also holds for Sri Lanka.

Another cricketing legend from his playing days, Jayawardene has established himself as one of the world’s top coaches during a trophy-laden few years in charge of Mumbai Indians in the IPL, while he also led Southern Brave to victory in The Hundred.

„Someone like Mahela Jayawardene would be perfect if you’re looking for someone from overseas,“ Key said.

Both Jayawardene and his fellow Sri Lanka great Kumar Sangakkara have been tentatively linked with the now-vacant England position.

While Jayawardene’s coaching experience has largely been centred around the shortest formats, he is a month into a year-long gig as consultant coach for Sri Lanka men’s senior team, a position that also covers Test cricket. Moreover with 11,814 runs in 149 Tests, there can be no doubting his knowledge of the red-ball game.

The 44-year-old’s tactical acumen has shone through both as captain and coach, and he is the personification of calm under pressure. His more laid-back approach might also contrast with some of the other options for the job.

It seems more likely at this stage that Jayawardene would form part of discussions for the white-ball position should the coaching roles be split. The same goes for Paul Collingwood, England’s T20 World Cup-winning captain in 2010 and an assistant coach under the previous regime, who is highly thought of at the ECB and surely high on the list should an Englishman be prioritised.

It definitely would not be the most glamourous appointment but Hesson has proven himself as a high-quality international coach during a six-year stint with his native New Zealand.

Under his tenure the Black Caps reached the 2015 World Cup final playing an attacking style of cricket that inspired England’s own white-ball revolution, while the Test side’s fortunes improved markedly under Hesson with series wins over India and England among the highlights.

The 47-year-old is another who radiates calm and earned plaudits for his man-management and the team culture he fostered with New Zealand between 2012 and 2018.

Having left his role as director of cricket operations with IPL franchise Royal Challengers Bangalore in November, the path is clear for the ECB to try and persuade Hesson to undertake another rebuilding job if they so desire.

South Africa Graham Ford is another who would fall into the more understated category, who most recently coached Ireland between 2017 and 2021 and previously coached Sri Lanka, Surrey and the Proteas. His reputation for developing and bringing the best out of young players might appeal to England.

Might the ECB be tempted to go back to move forward? The last time England were considered a leading Test match side was under Flower’s leadership as he guided them to an away Ashes win in 2010/11 and the No 1 Test rankings a few months later.

His time in charge was somewhat tainted by its messy end with well-documented disputes with Kevin Pietersen and infighting as a once great side crashed to a 5-0 defeat in Australia. However, the Zimbabwean’s success across five years in the job cannot be disputed.

„Long-term, Andy Flower had huge success with England,“ former England opener Nick Compton told Sky Sports News. „Okay, things didn’t perhaps finish the way he would have liked but he has gone away to franchise cricket and is now wiser and older.

„He is a ruthless individual, a tough man who would not be afraid to call things out, make some of the changes and bring order back.“

Flower remained in the ECB’s employ for a further five years after stepping down as head coach, taking the position of technical director of elite coaching which involved him leading the England Lions, and as well as stints in the Pakistan Super League and Caribbean Premier League, he is set to coach new IPL side Lucknow Super Giants in the 2022 tournament.

If the ECB want a coach to reclaim control of the dressing room then Flower, who is still very highly regarded as a coach, and his no-nonsense approach would certainly do so. Given the success he enjoyed with Strauss, the man likely to be making the appointment, an England return might be on the cards. Stranger things have happened.

200 лв.
Sam Drury @SamDrury11 England are looking for a new head coach following the sacking of Chris Silverwood, with a number of candidates being touted from former captain Alec Stewart to Заложи сега