„There is a clear agenda to undermine the club, driven by opposition to our progress. It is disheartening. Individuals indicated a belief ‘the lamb that is Yorkshire Cricket Club is to be sacrificed on the altar of Black Lives Matter’. This is unacceptable in every possible way“

Lord Kamlesh Patel says a group of individuals are seeking to delay and derail reform at Yorkshire because they believe the club is being „sacrificed on the altar of Black Lives Matter“.

Yorkshire were forced to cancel a meeting on Wednesday night which had been seen as key in bringing about a culture change in the wake of the Azeem Rafiq racism crisis, and in prompting the England and Wales Cricket Board to restore their right to host international matches at Headingley.

The extraordinary general meeting of members was due to include a vote on significant changes to the board structure but was cancelled because the club discovered it had not been properly called. A club statement issued on Wednesday said the former leadership had failed to file amended club rules with the Financial Conduct Authority (FCA).

Former county chair Robin Smith told the Yorkshire Post that he believed that same failure to file the updated rules to the FCA meant Lord Patel’s chairmanship of the club was also invalid, something which is now the subject of a legal dispute.

Smith, who served as Yorkshire chair between 2002 and 2005 and again between 2018 and 2020 and was chair of the Yorkshire Cricket Foundation until late last year, also said Lord Patel could therefore be personally liable financially for the settlement paid to Rafiq and for any costs arising from the dismissal of a group of staff in December. 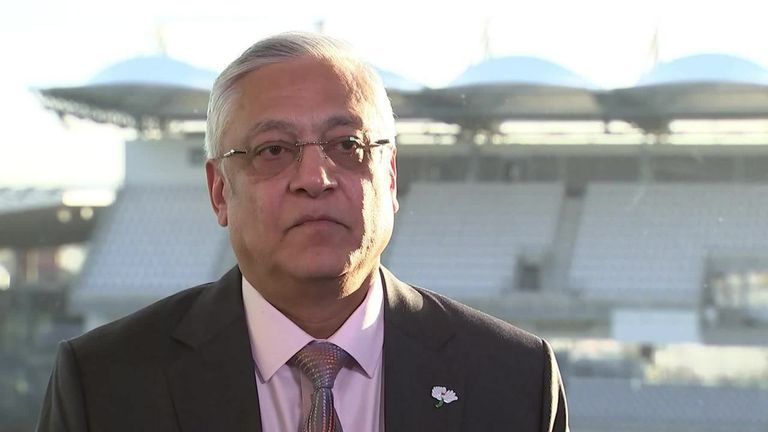 Lord Patel said in a statement issued: „It is plain that, when I joined the club in November, it had a wealth of legacy problems inherited from previous leadership, of which former chairman Robin Smith was a part.

„I made a conscious decision that we would focus on a positive future for Yorkshire and remediate the inherited issues. For me and others at the club, this was part of a positive programme for change as there is no benefit to Yorkshire CCC in arguing about the past. That is a block to reform.

„There is emerging, however, a clear agenda to undermine the club, driven by opposition to our progress and a desire to maintain an outdated status quo. It is disheartening and pernicious in equal manner.

„We have become aware of a small group of individuals who have indicated a belief that, by looking to make progress and change for the better, ‘the lamb that is Yorkshire Cricket Club is to be sacrificed on the altar of Black Lives Matter’. This is unacceptable in every possible way.

„This group is actively seeking to delay and derail the essential reforms and consequently the return of international cricket by litigating process issues, without presenting any positive alternative.“

Patel’s statement said the club plans to discuss with members whether the effect of registering the amended rules with the FCA had the effect of validating actions back to the date of the changes, or only from the date of registration – January 31 of this year.

He added: „We do not wish to waste our time or money on unnecessary litigation and are now having to take a longer route to passing the necessary reforms which cannot be derailed.

„Yorkshire County Cricket Club is moving forward with all deliberate speed to make the appropriate reforms, and we have no doubt these will occur because the majority of members clearly want them. The small group can now only delay, and not prevent, reform.

„Robin Smith states he wishes to see Test cricket returned to Headingley, but in my opinion he is actively working with the sole intention to destabilise and even destroy this club rather than see it change.

„Conversely, we believe that only by listening and learning can we improve as a club, and create a scalable template for progress which the sport as a whole can follow. We are determined not to be diverted from this course, because it is the right thing to do.“

Smith said in a written statement: „Lord Patel’s comments seek to damage me for drawing attention to his own failures.

„The members will in due course have an opportunity to pass judgement on Lord Patel’s actions since November last year and their enormous financial consequences for the club (currently rumoured to be more than £3m).

„In the meantime he should focus on getting the club’s legal position corrected in timely fashion.

„As to the majority of members wanting his reforms, we shall see in due course. The reality, though, is that all Yorkshire members wish to see Test cricket returned to Headingley and have been threatened that that will not happen unless they support the reforms.

„That is no way to ascertain members’ true views. Yorkshire members are true lovers of the game and are entitled to more respect than Lord Patel is showing them.“

„The rule amendments passed at that meeting, and at the AGM a year later, fell to be registered in the normal way by the club after I had departed, not before.

„I was unaware that the amendments had not been registered until that fact was drawn to my attention by a club member some three weeks ago. I knew that the consequences were potentially serious (including possible personal liability of Lord Patel) and so I immediately drew the matter to his attention and that of the club secretary.“

Responding to Lord Patel’s statement, DCMS committee chair Julian Knight told PA: „It is deeply concerning if what is being reported is an accurate picture of what’s happening at Yorkshire County Cricket Club.

„Lord Patel talks of an agenda to undermine the progress that’s being driven by him to tackle racism. Anyone seeking to subvert his work must be called out and held to account.

„The experience of Azeem Rafiq represented a watershed moment for cricket in England – it cannot be lost because of the unacceptable motivations of individuals who appear to be prepared to go to great lengths to preserve the status quo.

„The future of Yorkshire County Cricket Club now hangs in the balance.“

Members were to be asked at Wednesday’s EGM to vote on changes to club rules which would allow up to eight non-members to join the board as independent non-executive directors.

An email to members seen by the PA news agency says that a change to allow an ECB representative to sit on the club’s nominations committee, which recommends potential board members, had been dropped following feedback from the membership.

The email also said it was intended to remove the observer and veto powers of the Colin Graves Trust contained within the rules „at the next available opportunity“.

Lord Patel told MPs on the Digital, Culture, Media and Sport (DCMS) committee last week that the Trust had been „incredibly supportive“ of making the change.

His predecessor as chair, Roger Hutton, told the same committee last November that the Trust had blocked his attempt to remove Mark Arthur and Martyn Moxon – the previous chief executive and director of cricket – over their response to the findings of the report into allegations of racial harassment and bullying by Rafiq.

200 лв.
„There is a clear agenda to undermine the club, driven by opposition to our progress. It is disheartening. Individuals indicated a belief ‘the lamb that is Yorkshire Cricket Club is Заложи сега