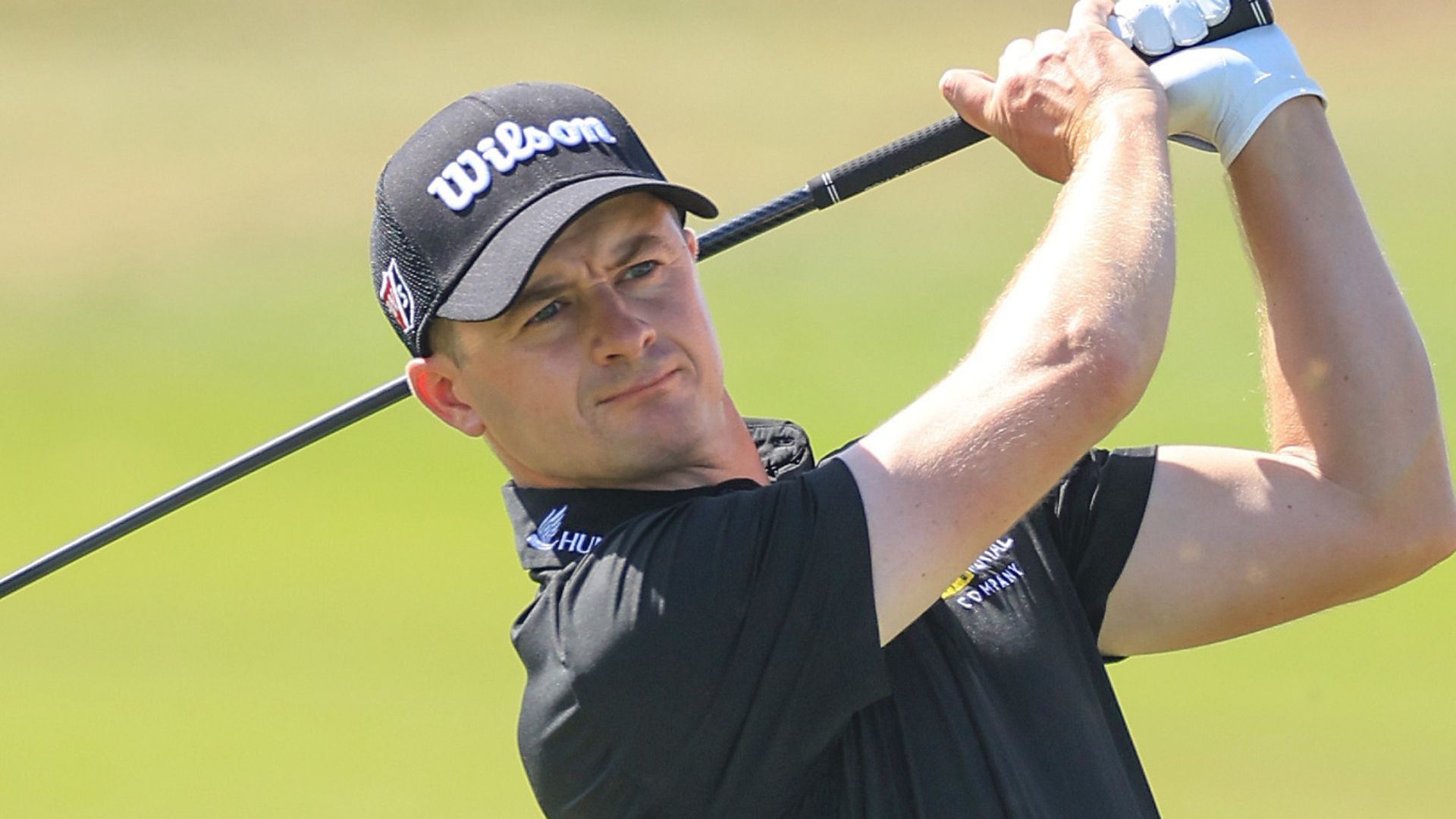 David Law (-14) chipped in twice in his second-round score of 64; Law is two shots clear of Nicolai Hojgaard (-12), while Adrian Otaegui (-10) sits third after setting a new course record with a round of 63; watch live coverage of the third round from 8.30am, Saturday, on Sky Sports Golf

Scotland’s David Law made two eagles to soar to the top of the leaderboard at the halfway stage of the inaugural Ras Al Khaimah Championship at Al Hamra Golf Club in the United Arab Emirates.

Law also carded five birdies in a second round of 64 at Al Hamra Golf Club to reach 14 under par, two shots clear of Denmark’s Nicolai Hojgaard (-12)

Spain’s Adrian Otaegui (-10) is two shots further back after making nine birdies in a flawless 63 to set a new course record.

Law, who completed his opening round of 66 by holing out from 70 yards for an eagle, started his second round from the 10th and chipped in from 29 yards on the 14th and from 17 yards on the eighth.

„It was a different golf course today; I rode my luck a little, chipping in twice, but I was happy,“ said Law, who goes in search of his second DP World Tour title after winning the ISPS Handa Vic Open with a closing eagle in only the fifth start of his rookie season in 2019.

„It’s been a while since the win,“ Law added. „This is my fourth season on tour. I had a chance at St Andrews last year to win [the Hero Open] and I felt very comfortable again in that position.

„I feel like my golf has progressed nicely in the last three years and that’s the main aim. That’s all anyone’s trying to do, to keep improving. I feel like I’ve done that and it’s about giving myself opportunities.

„It’s not about putting pressure on myself to go and win again or anything like that. If I keep knocking on the door and giving myself chances, I’ll hopefully win one of them.“

Hojgaard, who won the Italian Open last year, the week after his twin brother Rasmus won in Switzerland, carded eight birdies and a solitary bogey to register a second-round score of 65 following his opening 67.

Hojgaard said: „It was a good day, I played some nice golf, felt like I was driving it a bit better than I have for the last couple of weeks, so I put myself in some good spots to hit it close to the pins.

„It was a very good day to shoot a good score again, so I’m looking forward to the weekend.“

Watch live coverage from the third round of the DP World Tour’s Ras al Khaimah Championship, live on Sky Sports Golf from 8.30am on Saturday.