Straight to Cheltenham for Mighty Potter 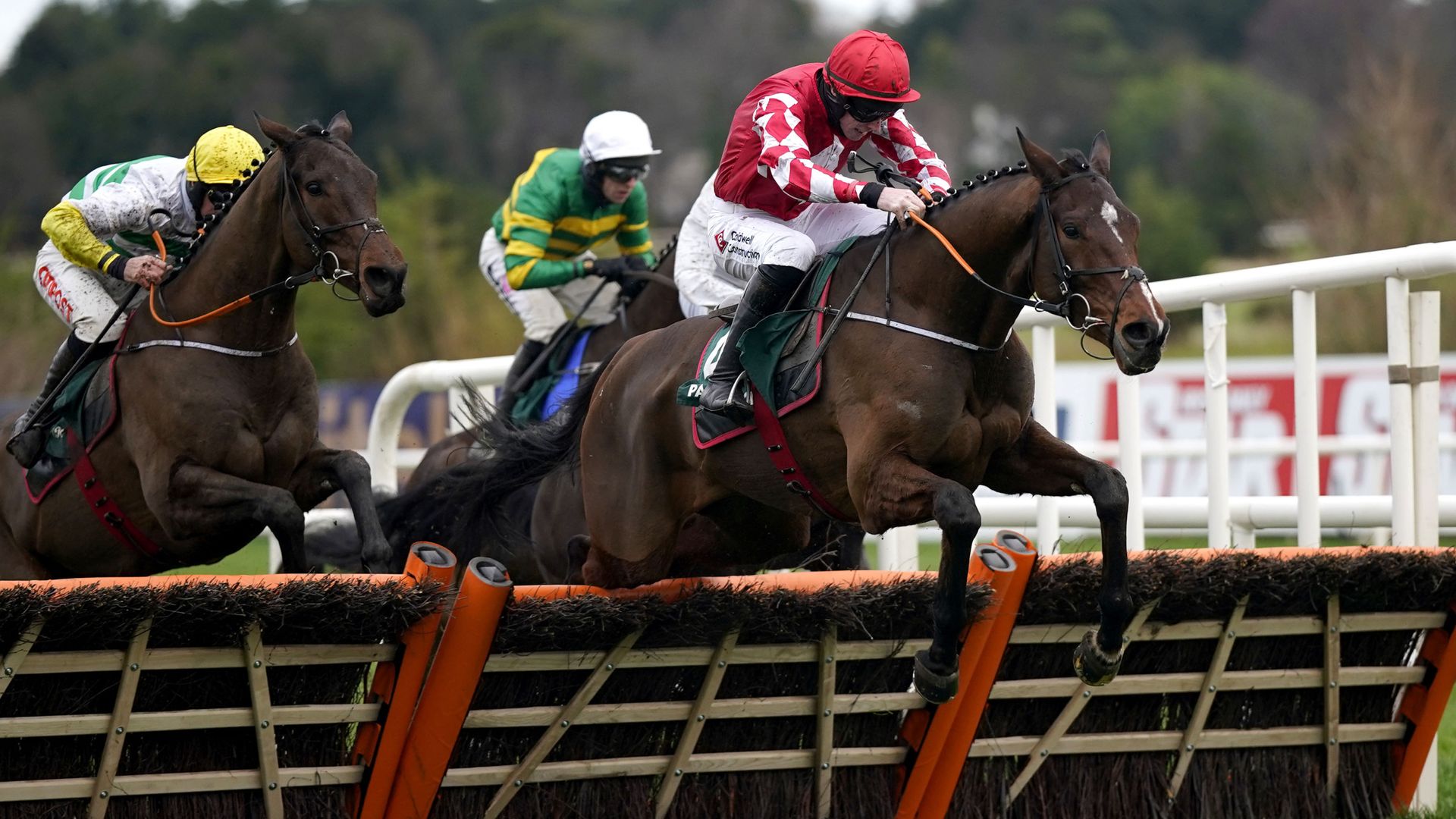 Connections of Mighty Potter have confirmed the exciting novice hurdler will sidestep this weekend’s Dublin Racing Festival and head straight to Cheltenham in March.

A 29-length winner on his hurdling debut at Down Royal, Gordon Elliott’s charge was subsequently beaten into third place in the Royal Bond at Fairyhouse.

Having bounced back to winning ways with a Grade One victory at Leopardstown in December, the five-year-old was given the option of returning for Sunday’s Tattersalls Ireland Novice Hurdle.

However, Mighty Potter is set to be kept fresh for his trip to the Cotswolds in March.

„He’s a big horse and he’s after having three runs over hurdles. He’s fresh and very well in himself and I think the best thing is to go straight to Cheltenham with him.“

The same owners have two leading hopes for the Triumph Hurdle in impressive Cheltenham scorer Pied Piper and Fil Dor, who puts his unbeaten record over hurdles on the line at Leopardstown on Saturday.

In the aftermath of Pied Piper’s romp last weekend, Elliott hinted he could split his juvenile aces by running him in the Supreme and Fil Dor in the Triumph, while Mighty Potter could potentially step up in trip for the Ballymore.

Plans remain fluid, however, with Fil Dor’s performance this weekend key to where all three horses end up running at Prestbury Park.

„We’ll have a better idea after the weekend where we’re going to go,“ Logan added.

200 лв.
Connections of Mighty Potter have confirmed the exciting novice hurdler will sidestep this weekend’s Dublin Racing Festival and head straight to Cheltenham in March. A 29-length winner on his hurdling Заложи сега