Ahead of Ireland hosting Wales in the opening Test of the 2022 Six Nations Championship, we look at talking points including: Will Ireland maintain their November form? How detrimental will Wales’ injury list prove? Two (narky) playmakers as captains, and the vital battle of the breakdown

We look at some key talking points ahead of Ireland vs Wales in the Six Nations on Saturday, including Ireland’s autumn form, Wales’ injuries, narky captains and the breakdown…

Will Ireland maintain their November form?

Perhaps with the exception of France – but arguably on a par with them – no nation was more impressive in the autumn than Andy Farrell’s Ireland.

Not only did their results column read three victories from three vs Japan, New Zealand and Argentina, but their style of play marked a huge change to previous campaigns, and was superbly entertaining.

Ireland began November by putting Japan to the sword in Dublin, 60-5, ripping the Brave Blossoms apart in a display filled with offloading, brilliant attacking moves, powerful carries and pace.

A week on, and against all expectations, Ireland were equally as dominant against the All Blacks – themselves coming off a thumping 54-16 win over Wales in Cardiff – as they outplayed their fearsome visitors in near enough every facet.

The final score read 29-20, but that was more down to a host of missed opportunities by the men in green and customary All Black efficiency out of nothing for two tries. Ireland were magnificent on the day, and it is widely considered their greatest performance of all time such was their superiority.

The week after that highest of highs, Ireland backed it up again with a 53-7 crushing of Argentina, rounding off their autumn in style.

Ireland have, of course, gone through previous November windows unbeaten or with statement victories, but never in the style in which they did this season.

From Joe Schmidt’s pragmatic, considered approach, now read an all-court Farrell side. Will Ireland be able to maintain such form into 2022? A home victory vs Wales first up is an absolute must with tough trips to Paris and Twickenham to come.

Off the back of the 2021 Six Nations title, Wayne Pivac must be leading his Wales charges into 2022 with a hint of trepidation, such is the extent of their injury list.

In all, the above seven players encompass an incredible 657 Test caps of lost experience, with Jones and Owens particular losses from a leadership perspective too.

In fact, quite implausibly, Wales have not featured in an opening Six Nations Test without one of Jones or Owens for some 16 years, dating back to 2006 – before both had even made their debuts.

The sheer number of absentees is bound to cause disruption, if not apprehension heading to Dublin. How detrimental it may prove to Wales remains to be seen.

They may have benefited from three red cards to opponents in three Six Nations Tests in 2021, as well as from a number of baffling refereeing decisions, but Wales are starting 2022 with a spot of bad luck. 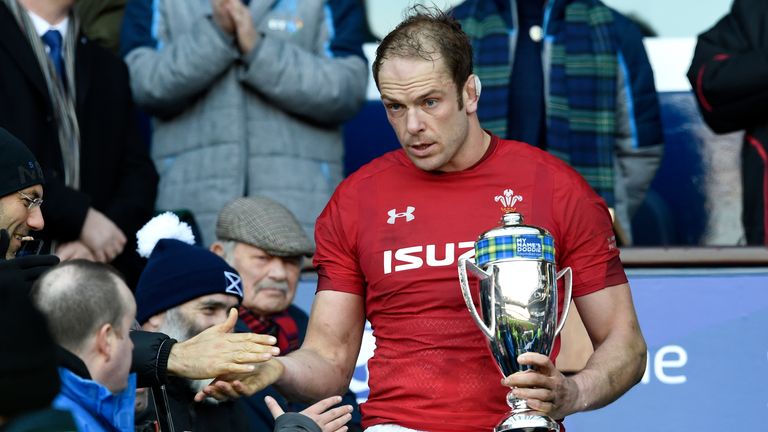 If one was to list the most vocal players on the pitch within world rugby, and ones most often in the ear of referees, Ireland and Wales playmakers Johnny Sexton and Dan Biggar would both be near the top.

In Dublin on Saturday, the pair will captain their respective nations against one another for the first time.

Friends off the pitch since touring with the British and Irish Lions together to New Zealand in 2017, Sexton and Biggar are somewhat notorious for their complaints on it, to officials, team-mates and the opposition.

Skippers on Saturday, expect plenty of chats with referee Jaco Peyper as the two No 10’s seek to get one up on each other.

Sexton has been captain of Ireland since 2020, but this will be Biggar’s first campaign in the Welsh hot-seat. How will that affect things? It’s another fascinating element to keep an eye on, that’s for sure.

Battle of the breakdown

One area in which both Wales and Ireland regularly excel in is the breakdown, and at all levels of rugby the battle at ruck-time in terms of turnovers and speed of ball often goes a long way to determining a winner.

Wales may be without the likes of Navidi, Tipuric and Faletau, but November highlighted a young back row of Taine Basham, Ellis Jenkins and Aaron Wainwright which houses enormous talent.

Indeed, Jenkins returned from catastrophic knee ligament damage in the autumn – an injury which put him on the verge of retirement – to put in some fabulous performances, with his breakdown work of really high quality.

Jenkins was so impressive upon his return he was said to be a real contender to captain Wales in 2022 before Biggar landed the gig, while 22-year-old Dragons flanker Basham was arguably Wales’ player of November.

We have highlighted Basham as one of our players to watch ahead of the championship, and his Dragons team-mate Wainwright is another who stood out in the autumn.

For Ireland, openside Josh van der Flier and No 8 Jack Conan are playing the rugby of their careers at present, while Caelan Doris was one of the outstanding performers from any nation in November.

Add to that the depth of Munster skipper Peter O’Mahony on the bench, plus the exceptional breakdown jackal technique of second-row Tadhg Beirne, and Ireland look really strong.

That breakdown area is likely to be absolutely crucial, with both nations possessing the arsenal to attack.

From an Ireland perspective, the headline news is that Connacht wing Mack Hansen has impressed to such an extent in training that he will start ahead of Keith Earls and Robert Baloucoune for his Test debut.

Bundee Aki has also been selected ahead of his former Connacht centre partner Robbie Henshaw, while Ulster’s James Hume has been named on the bench, with both Henshaw and Earls out of the matchday 23 altogether.

For Wales, Josh Adams – ordinarily a winger – will start at outside centre for the first time at Test level, while back-row Ross Moriarty has recovered enough from a shoulder injury to be named on the bench.

There is no place in the matchday 23 for centre Jonathan Davies, however, who has made 99 Test match appearances for Wales and the British and Irish Lions.

200 лв.
Ahead of Ireland hosting Wales in the opening Test of the 2022 Six Nations Championship, we look at talking points including: Will Ireland maintain their November form? How detrimental will Заложи сега