Brian Flores has filed a class action lawsuit against the NFL in which he alleges racial discrimination in its hiring practices; Sky Sports NFL’s Jeff Reinebold: „The system is broken… the NFL has put forward programs trying to aid minority hiring and it is just not working“

Former Miami Dolphins head coach Brian Flores has said he felt „humiliation, disbelief, anger“ after filing a class action lawsuit against the NFL in which he alleges racial discrimination in its hiring practices.

The NFL, the New York Giants, Miami Dolphins and the Denver Broncos are named in Flores’ suit, and, speaking publicly for the first time since, he told CBS Mornings on Wednesday that he was „hurt“ by the process of going on „what felt like or what was a sham interview.“

Flores’ suit includes evidence of an errant text message allegedly sent by Patriots head coach Bill Belichick congratulating him on getting the New York Giants job. However, Flores subsequently asked Belichick whether he had meant him or former Buffalo Bills offensive coordinator Brian Daboll, at which point Belichick realised his error and informed Flores the Giants were hiring Daboll.

„Sorry – I f***** this up,“ the text reads. „I think they are naming Daboll. I’m sorry about that.“ The text is purported to have been sent on January 24, three days before Flores was set to interview with the Giants.

„It was a range of emotions; humiliation, disbelief, anger,“ Flores said.

„I’ve worked so hard to get to where I am in football, to become a head coach, for 18 years in the league. To go on what was gonna be or what felt like or what was a sham interview, I was hurt.“

What is the Rooney Rule?

In 2020, the NFL amended the Rooney Rule to stipulate teams must interview at least two minority candidates not associated with their own team for a head coaching vacancy. Also, one minority candidate has to be interviewed for coordinator positions as well as high-ranking positions in the front office, including the general-manager role. 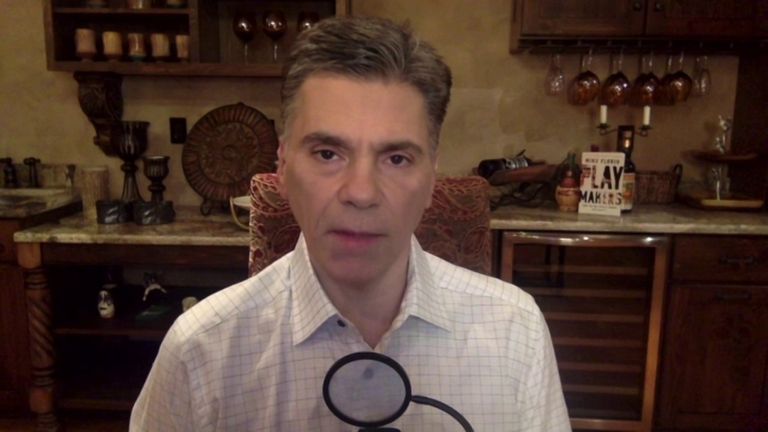 Flores decided to still go along with the interview process and added: „I think there’s still hope. Maybe call it the audacity of hope. I have a belief that there’s good in people.“

The Giants have published a response in which they have stated Flores was in contention for the job until the „eleventh hour“ and that they are „pleased and confident with the process that resulted in the hiring of Brian Daboll“.

The ‘Rooney Rule’ in the NFL requires teams to interview minority candidates for head coaching and senior football operation jobs, with at least two of those interviews having to be with external candidates from outside the hiring organisation.

„The Rooney Rule is intended to give minorities an opportunity to sit down in front of ownership, but I think what it’s turned into is an instance where guys are just checking the box,“ Flores said.

„That’s been the case. I’ve been on some interviews in the past where I’ve had that feeling.“

The Broncos are specifically named in the suit for conducting a „sham interview“ with Flores in 2019. Denver have since released a statement labelling the allegations as „blatantly false“.

‘The system is broken’

Sky Sports NFL expert, and special teams coach, Jeff Reinebold believes that Flores’ lawsuit is reflective of a hiring process in the league that „is just not working“. 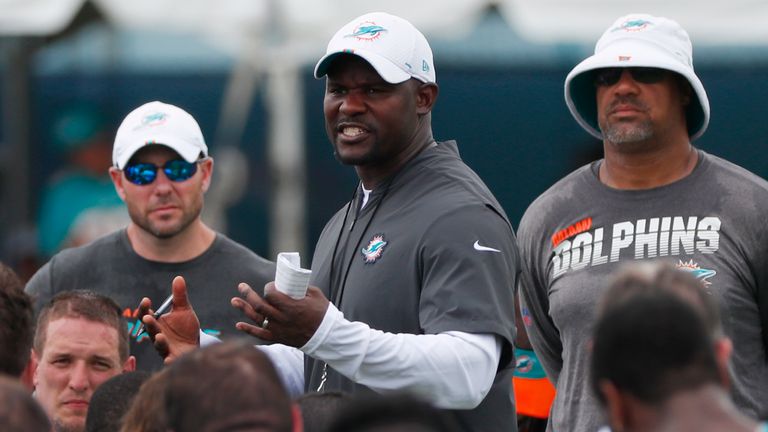 „The system is broken, Reinebold told Sky Sports News. „You know the numbers: we have got one minority head coach in the NFL, one minority owner.

„The NFL has put forward programs trying to aid minority hiring and the bottom line is, it is just not working.

„Mr [Roger] Goodell is going to take the heat for this but, who is the National Football League? In this case it’s the 32 owners – they’re the ones that do the hiring and the firing.

„What Flores has brought forth is something that I think has been understood for a long time. For him to go and make these allegations public, and to sue the NFL, this has far-reaching ramifications.“

The NFL has insisted it will defend itself against the allegations, which they deem to be „without merit“, adding in their statement that „diversity is core to everything we do“.

‘Inequality at the highest levels’

Professor Jeremi Duru – who teaches sports law, civil procedure, and employment discrimination at Washington University – also addressed the issue, telling Sky Sports News: „without question, there is inequity at the highest levels of the league – and Brian Flores was tired of it.“

Professor Duru added: „The NFL has done a lot of work in this area – the league has implemented relatively strong equal-opportunity diversity initiatives – but it requires the clubs, which are individually owned, to implement those initiatives and they, in my view, have been failing to do so.

„The league, I believe, is trying; the outcomes are not sufficient.“

As whether the Rooney Rule was fit for purpose, Professor Duru said: The rule needs to be enforced. That’s one place where the league needs to be stronger, so that the clubs recognise that if they violate it, there will be penalties.

„If the league do that, the owners will begin to fall into line. If they don’t, we’ll see more of this.“

‘Attack the integrity of the game’

In the lawsuit, Flores also alleges that while he was coach of the Dolphins, team owner Stephen Ross offered to pay him $100,000 for every loss during the coach’s first season because he wanted the club to „tank“ so it could get the number one pick in the 2020 NFL Draft (eventually used by the Cincinnati Bengals to select quarterback Joe Burrow)﻿.

Flores told CBS Mornings on Wednesday that his decision to not go along with Ross’ plan hurt his standing within the organisation and „ultimately was the reason why I was let go.“

„This game changed my life,“ Flores added. „To attack the integrity of the game, that’s what I felt was happening in that instance, and I wouldn’t stand for it.“

Reinebold spoke of his surprised at Flores’ firing after overseeing back-to-back winning seasons with Miami – finishing 10-6 in 2020 and 9-8 last season – the first time the team had achieved that in 20 years.

„It was a surprise firing to everyone in football, but the word that was leaked out was that he was hard to get along with,“ Reinebold said.

„He got put in a no-win situation because, if those allegations are true and he was told to tank and didn’t tank, then obviously if he gets fired the word is going to be that he isn’t a ‘company guy’.

„If he does those things, then he breaks the rules. He took the route of integrity if all of this is true and it cost him his job.“

Professor Duru said it „would be a surprise“ if Flores got another job in the NFL following his lawsuit, with Reinebold also believing it’s „probably going to cost him his career“.

„I hope not, I hope he has an opportunity,“ Reinebold added. „If you go by any measuring stick, he deserves to be a head coach in the NFL. For him to not have the opportunity I think is wrong and just doesn’t make sense.

„It is going to be interesting to watch this thing unfold. I’m hopeful for the league, for football, the fans, for minority coaches.

„Any time that a problem, especially one involving race and opportunity, is brought to the forefront, the potential there is for good.

„A lot of times that good also comes with pain; there will be some uncomfortable moments for a lot of people through this, but hopefully out the back of it true change will come – and not cosmetic change.“

200 лв.
Brian Flores has filed a class action lawsuit against the NFL in which he alleges racial discrimination in its hiring practices; Sky Sports NFL’s Jeff Reinebold: „The system is broken… Заложи сега