Bruce to WBA: A backward step, or best chance of promotion? In the space of a few hours, West Bromwich Albion have ripped up the entirety of their plans and started again. They’ve sacked their head coach, and their chief executive.

But the new approach appears to be pointing to an old face – a face we last saw contorted in emotional pain, and one we thought we would never see in football management again.

Steve Bruce, at the end of his Newcastle tenure in October, looked a haunted man. Castigated and ridiculed by the vast majority in his home town, he looked broken. He said as much at the time:

„It has been very very tough. To never really be wanted, to feel that people wanted me to fail and saying I would fail, that I was useless, a fat waste of space, a tactically inept cabbage head.“ 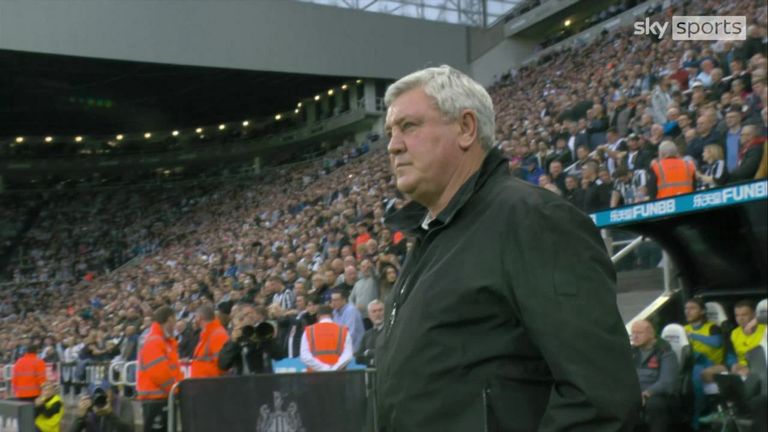 He went on: „I’m 60 years old and I don’t know if I want to put her (his wife Jan) through it again. We’ve got a good life so, yeah, this will probably be me done as a manager.“

He certainly doesn’t need the money. Reports suggested he received around £8m in compensation when he was sacked by Newcastle.

But football is in Bruce’s blood. And in that final interview, he left a lingering possibility. He was done, he said: „…until I get a phone call from a chairman somewhere asking if I can give them a hand. Never say never, I’ve learnt that.“ I’ve been told it may well be a short-term deal being discussed between West Brom and Bruce – one that takes them through to the end of the season. Geographically, it suits Bruce and his family – he lives a little further north up the M6 in Staffordshire.

But after his brutal experiences on Tyneside, Bruce will be wary of the response he might get from WBA supporters. Hounded and verbally abused at the end by some Newcastle fans, he will need convincing he won’t get similar treatment at the Hawthorns.

And some Albion supporters will have real concerns over Bruce’s potential style of play. He was criticised at Newcastle for being too defensive, too long ball. West Brom’s fans turned quickly against Valerian Ismael when he adopted exactly the same style of play at West Brom this season. That ultimately cost the Frenchman his job. 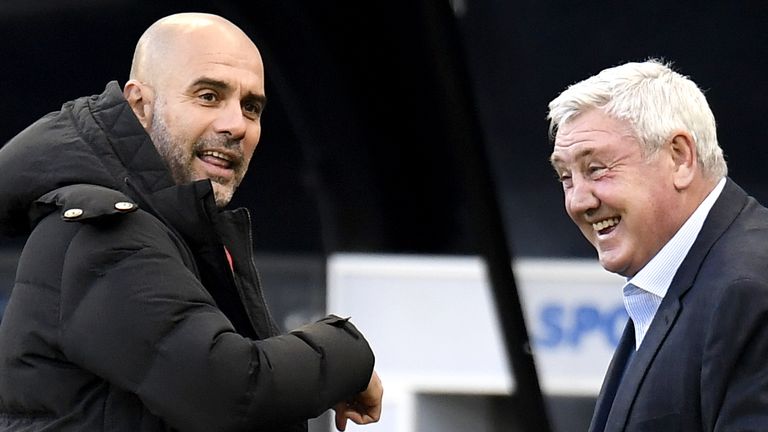 Manchester City manager Pep Guardiola says Steve Bruce did not deserve the treatment he received, and hopes to see him back in the game soon

Bruce has always argued that his is a pragmatic approach. He works with the resource he has, and adapts his style to the type of players he has in his squad. A brutal, towering defender in his playing days, Bruce can point in the past to teams he’s managed which showed an adept flowing football with attacking flair.

This appointment – if it happens – will be all the work of new chief executive Ron Gourlay. 25 years as a football executive, he’s walked the corridors of power at Manchester United, Chelsea and Reading. And his first action, within hours of taking over from Xu Ke, was to sack Ismael and go right back to basics. Call the tried and trusted. Old school.

When Albion paid £2m in compensation for Ismael less than eight months ago, the talk was of a new philosophy. They thought they’d brought in a head coach who could change the culture, with a high-octane, high-pressing, attacking football.

The reality ended up being very different, and the atmosphere in the stadium turned toxic. His sacking was inevitable, and could have come sooner.

For many Albion supporters, this will feel like a backward step. Turning to a manager who’s now 61 years old and who’s spent almost 43 years in the game as player and manager.

But it may also be the club’s best chance of winning promotion this season. That’s something Bruce has managed three times already in his management career.

And West Brom are still fifth in the Championship table – that is far from a disaster. His past record shows he has a quick impact – he’s likely to get the team organised, motivated, hard to beat.

If Bruce’s reputation has been tarnished among football fans by what happened at Newcastle, he remains a hugely popular and well-respected figure within the football world.

The vast majority of players you speak to who’ve played under Bruce, speak glowingly about his man-management skills, his tactical nous, and his affable but strict personality that was honed under the very best – Sir Alex Ferguson at Manchester United.

If Bruce decides he wants one more ride on the managerial roller-coaster, it will certainly be a fascinating watch from the sidelines.

200 лв.
In the space of a few hours, West Bromwich Albion have ripped up the entirety of their plans and started again. They’ve sacked their head coach, and their chief executive. Заложи сега