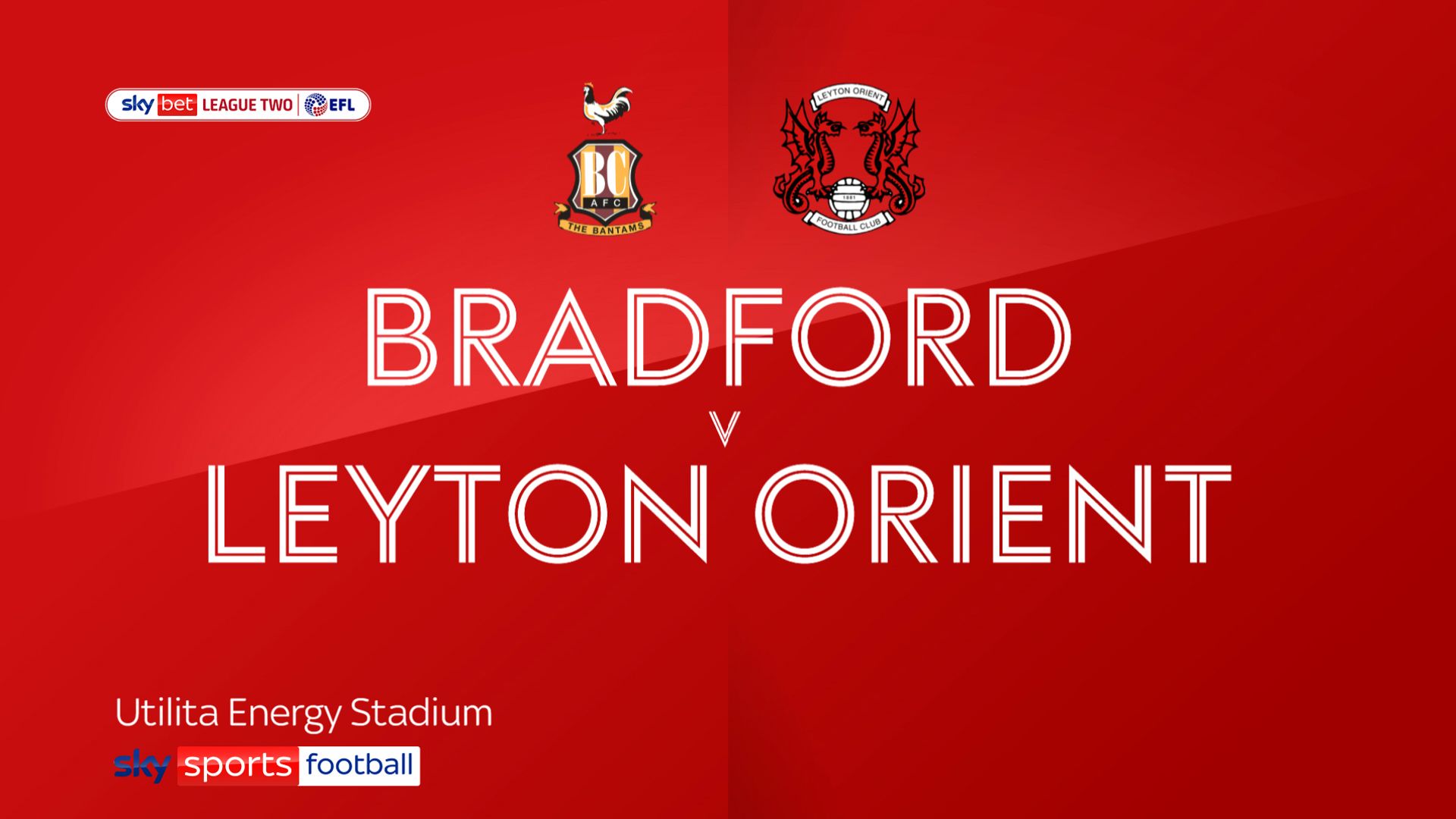 Elliot Watt salvaged a point for Bradford with an equaliser six minutes from time in a scrappy 1-1 League Two draw against Leyton Orient at Valley Parade.

Orient who had lost five of their previous six matches in all competitions – and had not scored in five of them – took the lead in the 69th minute through Darren Pratley but were denied maximum points by Watt’s late goal.

The only effort on target from either side in a hard-fought but generally uneventful first half came a minute before half time when defender Omar Beckles got on the end of an Orient free-kick, but goalkeeper Alex Bass made a routine save.

Bradford’s best efforts came from leading scorer Andy Cook and midfielder Watt, but both their shots were wide.

Cook went close with a near post effort from Callum Cooke’s corner before Orient took the lead after 69 minutes – their first goal for 547 minutes.

The Bradford defence failed to deal with Alex Mitchell’s free-kick from the right-hand touchline and the ball rounded off the legs of Bass into the path of skipper Pratley, who fired the ball into the net from inside the box.

Bradford responded immediately, putting meaningful pressure on the visitors’ defence for the first time in the match and were rewarded with an equaliser in the 84th minute.

A cross from the left was headed clear but only as far as Watt, who scored with a superb 25-yard shot to give them a share of the points in their 13th draw of the season.

200 лв.
Elliot Watt salvaged a point for Bradford with an equaliser six minutes from time in a scrappy 1-1 League Two draw against Leyton Orient at Valley Parade. Orient who had Заложи сега