Who pressed their England T20 claims in the West Indies? 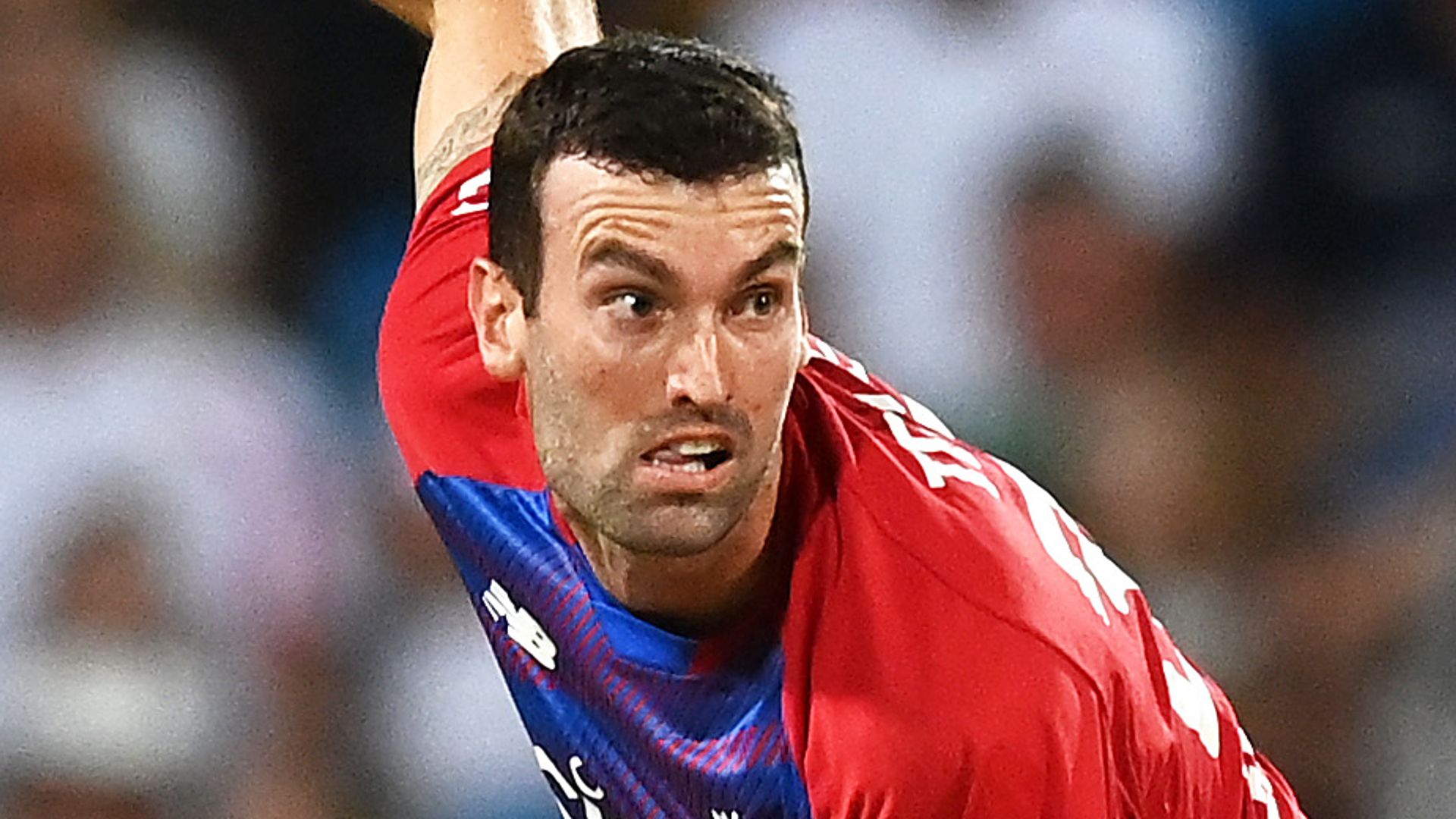 Surrey seamer Reece Topley impressed with the new ball and in the death overs during England’s T20I series in the West Indies; Tom Banton and Phil Salt pushed claims for more regular action with half-centuries, while the often underused Moeen Ali fired with bat and ball in the third game

England’s T20 squad in the West Indies had an unfamiliar feel to it with Ashes commitments and injuries leaving the tourists without many of their first-team regulars.

Skipper Eoin Morgan then went down with a quadriceps injury ahead of the third game of a five-match series – which West Indies won 3-2 – as England lost another established name. Those absences offered chances to others.

Some did not quite take them – Saqib Mahmood, for example, was smashed for 28 runs from the final over of the second T20 – but others did impress in patches, giving England a little food for thought with the next T20 World Cup taking place in just eight months’ time.

The standout among the non-regular players was left-arm seamer Reece Topley, who has battled back from a horrendous run of injuries.

Without those problems, Topley would surely not have gone almost six years without adding to his first half-dozen T20 international caps – but he is certainly making up for lost time.

Topley the pick of England’s seamers

The 27-year-old’s opening burst in the second match reduced West Indies to 6-2 – including a deft turn and scoop off his own bowling to run out Shai Hope – and he was comfortably the visitors’ most economical bowler, conceding just 18 from four overs.

ОЩЕ:  Yorkshire cancel meeting that was to vote on board changes

Topley was then one of two England bowlers – Adil Rashid the other – to be spared brutal punishment in the third-game run-fest, with his four overs going for just 30, while fellow left-armers George Garton and Tymal Mills were thrashed for an eye-watering 57 and 52 respectively.

Topley’s knack of taking wickets at key moments was evident in game four when he accounted for Jason Holder, who had threatened to spark a late West Indies fightback. He conceded just eight runs combined across the 18th and 20th overs to underline his death-bowling credentials.

The Surrey seamer was finally collared in the final T20, to the tune of 0-43 from four overs, but as long as he stays fit, Topley looks a reliable option when England need someone to bowl two tight overs up front and then keep his cool at the death.

The latter skill is something England have struggled to sort of late, with Chris Jordan’s form not where he would want it to be and Jofra Archer out injured.

Tom Banton may struggle to break into that group by the time of the T20 World Cup in Australia in October and November – even if Malan’s spot at No 3, and his penchant for taking his time getting in, is perennially poured over by fans and pundits alike.

Still, Banton did his chances of making the squad no harm at all with a 39-ball 73 in the third T20I against West Indies.

The Somerset man struck six sixes and three fours as he once again showed the sort of strokes that have had led to him being compared to Kevin Pietersen – a man who actually had some words of advice for Banton during his pretty lean time in The Hundred last summer.

Banton also offers England a wicketkeeping option, not that they are short of those. Phil Salt, too, is no stranger to the gloves or indeed opening the batting in domestic short-form cricket.

Yet, it was in the middle order where the 25-year-old impressed on his T20I bow, slamming five sixes and 57 runs from just 24 deliveries from No 6, having perhaps been given his chance by Morgan’s injury. Salt is probably competing with Sam Billings for the spot of back-up middle-order batter at the T20 World Cup.

James Vince, meanwhile, scored a sparkling fifty in the final T20 international before getting out when well set, which has largely been the story of his international career. With young bucks like Banton and Salt also pushing for spots, Vince probably needed a more substantial knock.

Moeen and Rashid to the fore

Unlike Topley, Banton, Salt and Vince, Moeen Ali – who captained England in the final three T20Is – is not looking to cement a more regular place in his country’s T20 squad as he has that nailed down already. The issue with Moeen, as ever, is how England get the best out of him.

He has often been underused, batting down at No 7, sometimes not seeing any action with the ball and occasionally dropping out of the XI altogether, but the fourth T20I showed exactly why he is such a dangerous weapon.

Moeen creamed seven sixes, including four in a row off Holder, during a pulsating 63 from 28 balls from No 4, at one stage belting 43 runs across 11 deliveries. He then continued his excellent night’s work with two wickets to stall West Indies’ run chase.

For the previous chat about Banton perhaps breaking up England’s T20 top four, why not Moeen? He certainly flourished for 2021 IPL champions Chennai Super Kings after being bumped up the order.

Another established player to impress was Rashid. He pressed his claims to be recognised as the best T20 spinner in the world as he bagged seven wickets and went at an economy rate of just 5.75 runs an over.

Rashid – now England’s leading wicket-taker in T20I cricket, with his 81 scalps placing him one above Jordan’s haul of 80 – is fourth in the ICC T20I bowling standings, behind fellow spinners Wanindu Hasaranga (Sri Lanka), Tabraiz Shamsi (South Africa) and Adam Zampa (Australia). But on current form, he is arguably the pick of the bunch.

The frustration for England will be that he still appears some way from returning to Test cricket – „I don’t know what’s happening yet. I’m just contracted for white-ball cricket,“ he said on Sunday – and that his excellent work in the T20 series against West Indies was at times undone by his pace-bowling colleagues going the distance at the death.

England will have a host of big names back for the T20 World Cup, but unless they fix their death-bowling woes, they can perhaps kiss goodbye to their hopes of lifting the trophy.

The 2022 ICC Men’s T20 World Cup takes place in Australia between October 16 and November 13, with all games live on Sky Sports.

200 лв.
Surrey seamer Reece Topley impressed with the new ball and in the death overs during England’s T20I series in the West Indies; Tom Banton and Phil Salt pushed claims for Заложи сега