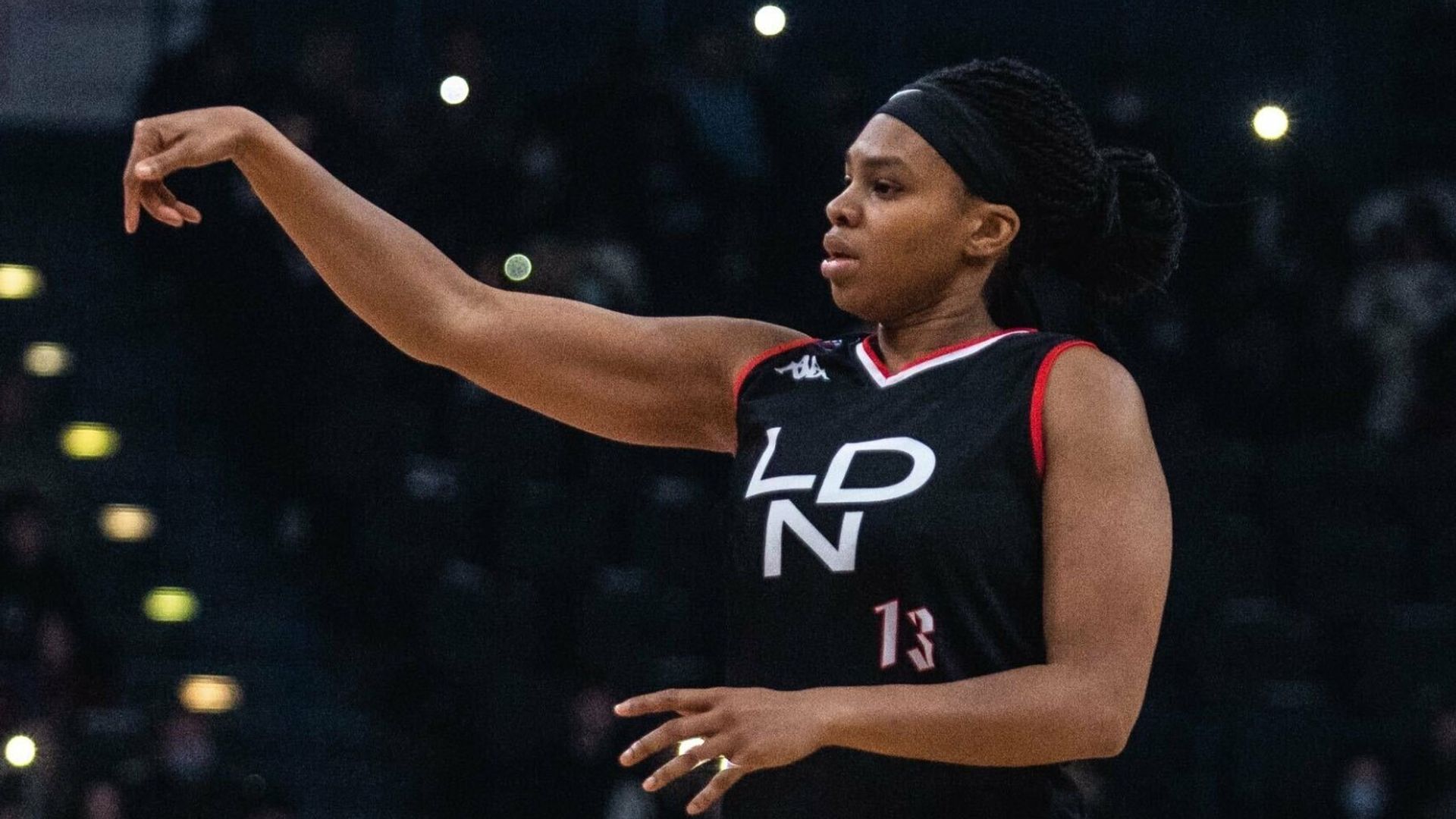 „I’m really pleased to get the win, it’s a nice way to end the first half of the season. We’ve never won the WBBL Cup so it’s really nice to pick up some silverware and the group really deserve it. The crowd mean everything to us, it’s so important for the game“ – Lions coach Mark Clark

The London Lions lifted 2022’s WBBL Cup after beating Newcastle Eagles 87-47 in the final at Birmingham’s Utilita Arena in front of an incredible crowd of 6,188 and those watching live on Sky Sports.

Azania Stewart was named MVP after she dominated the showpiece event at both ends of the court. The Lions centre scored 20 points in a commanding display, contributing one assist and six rebounds.

There was set to be a new name on the WBBL Cup as both sides played their first final in the competition’s history and it was a historic occasion for the Lions as they took the glory on a great occasion in Birmingham.

After both sides traded early points, the Lions took charge of the match with a dominant display throughout. Cassie Breen starred throughout the first half and was the top-scoring Lion with nine points to her name.

After an entertaining first half, the Lions found themselves in a commanding position at the break leading by 21 points. Both sides continued to entertain the crowd in the third quarter, but it was the Lions who took a firm grip on the final as they continued to extend their score.

A crowd of over 6,000 were treated to a further 48 points in the final quarter of the match, and despite being on the losing side, Maddy McVicar starred for the Eagles, top-scoring with 16 points. Meanwhile, MVP Stewart continued to show her class.

Winning head coach Mark Clark was delighted with his side’s performance on the big stage, saying: „I’m really pleased to get the win, it’s a nice way to end the first half of the season. I think Newcastle did an excellent job and they did really well to reach the final. We’re really pleased to win the game.

„We’ve never won the WBBL Cup before so it’s really nice to pick up some silverware and the group really do deserve it. The crowd mean everything to us, it’s so important for the game.“

MVP Stewart said: „I think any of our team could have won it, this afternoon my team really found me and put me in positions to be successful. I feel we’ve been working so hard, it’s a great afternoon and I am really really proud.“

On what was an attendance-record-breaking afternoon in Birmingham, WBBL chairman Jim Saker said: „It was an absolutely fantastic contest between two great teams and many congratulations to London Lions on lifting the BBL Cup this afternoon.

„Today’s game was a great showcase for British basketball and more so to highlight the progression of the WBBL and women’s basketball as a whole.

„It was outstanding to see such amazing support from the crowd in our first major event since the start of the pandemic and I hope what they’ve seen will inspire them to attend and follow more WBBL matches in the future.“

200 лв.
„I’m really pleased to get the win, it’s a nice way to end the first half of the season. We’ve never won the WBBL Cup so it’s really nice to Заложи сега