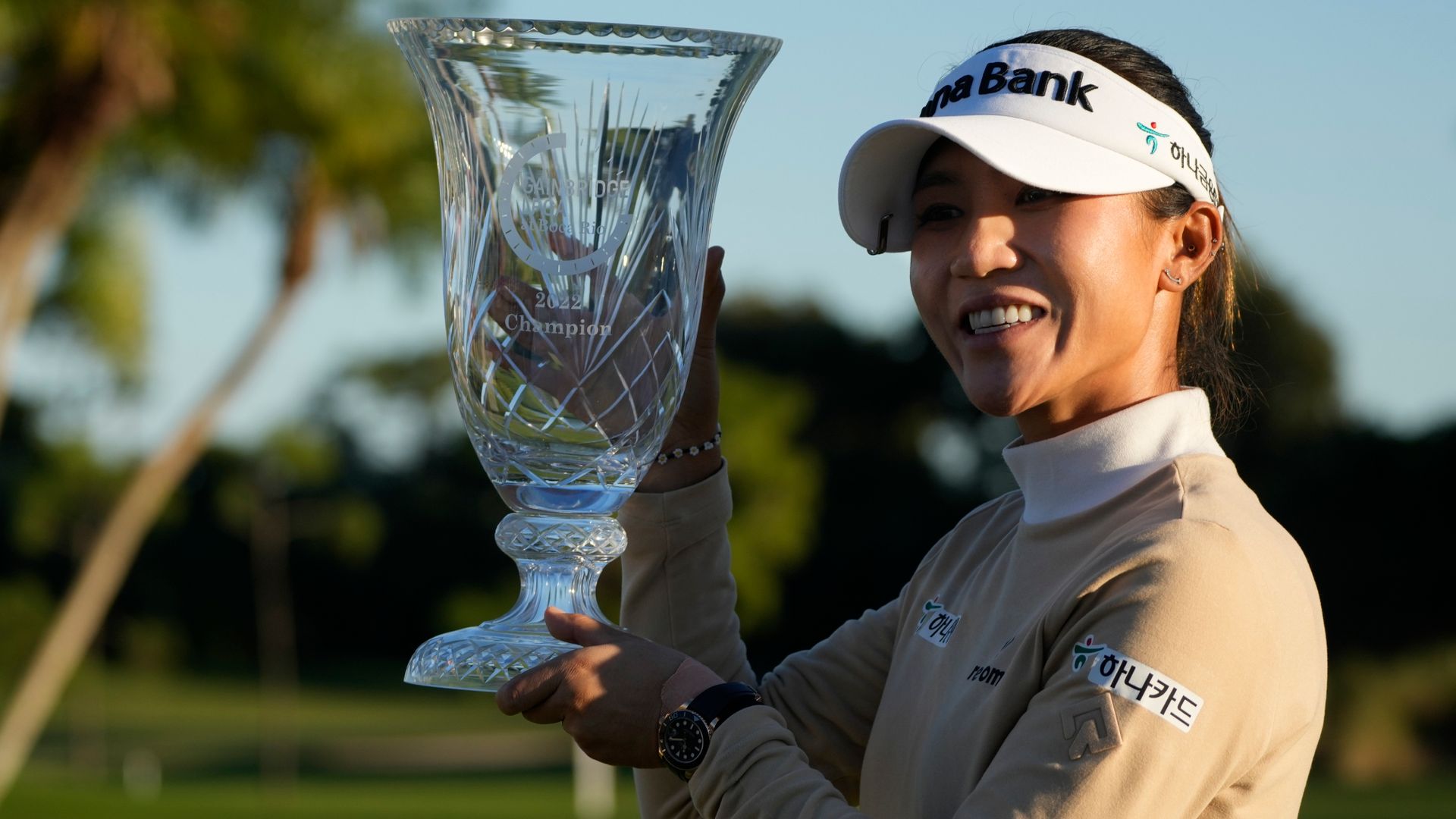 Lydia Ko outlasted Danielle Kang for a a one-shot victory in the Gainbridge LPGA at Boca Rio as the New Zealander held her nerve in a thrilling finish.

Ko pulled ahead with a birdie on the 15th hole and matched scores with Kang the rest of the way, closing with a three-under 69 to hold off her good friend on a chilly Sunday in Florida.

Ko won for the second-straight season after enduring a three-year slump and picked up the 17th victory of her LPGA Tour career.

Kang, who closed with a 68, was trying to win back-to-back for the second time in three years. She won the season-opening Tournament of Champions a week ago in Orlando.

Of Kang, she added: „She’s obviously one of the players I’ve known for the longest time out here. She has kind of taken me under her wing.

„At points it was a bit of a grind but I’m glad that I could get that done.“

US Women’s Open champion Yuka Saso, now playing under the Japanese flag, birdied the last two holes for a 67 and finished two shots behind.

Nelly Korda closed with a 70 and tied for 20th, a result that is expected to drop her from No. 1 in the women’s world ranking. Jin Young Ko, who skipped both Florida events to stay home in South Korea, would return to No. 1.

The LPGA Tour now takes a one-week break before wrapping up its Florida swing at the LPGA Drive On Championship.

200 лв.
Lydia Ko picks up the 17th victory of her LPGA tour career as she shoots 69 on final day to secure one-shot victory over Danielle Kang in Florida By Associated Заложи сега