Krystian Bielik scored the most dramatic of equalisers as Derby came from 2-0 down to hold Birmingham to a 2-2 draw in the Sky Bet Championship on Sunday afternoon.

The Rams midfielder – who returned to action a year to the day after suffering an ACL injury – beat Neil Etheridge with an overhead kick deep into injury-time to seal a point on a day when Derby fans had protested about the dire financial situation at the club. 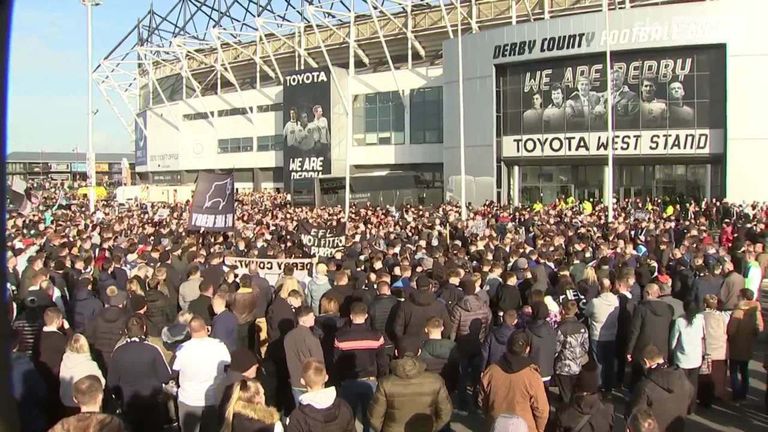 Earlier, Birmingham debutant Lyle Taylor – who joined on loan from Nottingham Forest earlier this week – got his Blues career off to a flyer with the opener (7), before Scott Hogan swept home shortly after the break to establish a comfortable cushion (56).

But the Rams gained momentum in the closing stages and pulled one back when teenage striker Luke Plange fired in (87), before Bielik sparked wild celebrations in the stands, which he could not be a part of after appearing to suffer a shoulder injury due to an awkward landing (90+6).

Birmingham climb to 17th as a result, with Derby now just seven points from safety in 23rd with 18 games to play. 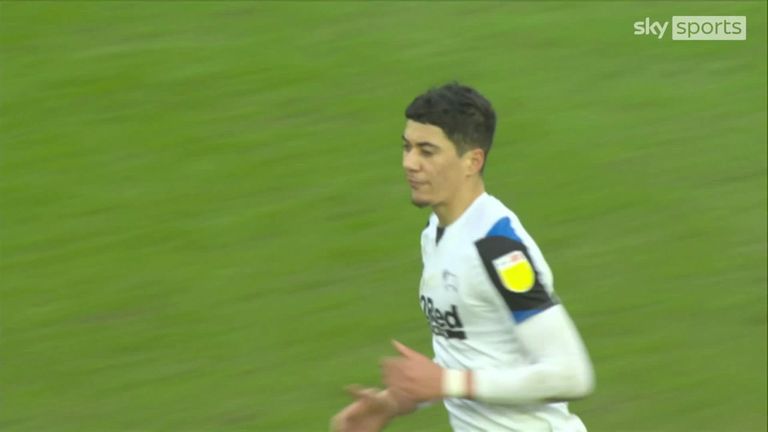 How Wayne Rooney’s men fought for another priceless point

Derby fans turned out in their droves to support the planned protest against the dire financial situation that the club finds itself in ahead of a crunch clash against another club struggling close to the bottom of the Championship table.

As a result, the 32,000-strong crowd created a cauldron of noise as the players came out onto the pitch and roared the Rams to a bright start, with teenage striker Luke Plange managing to beat the offside trap and force Neil Etheridge into a low save. 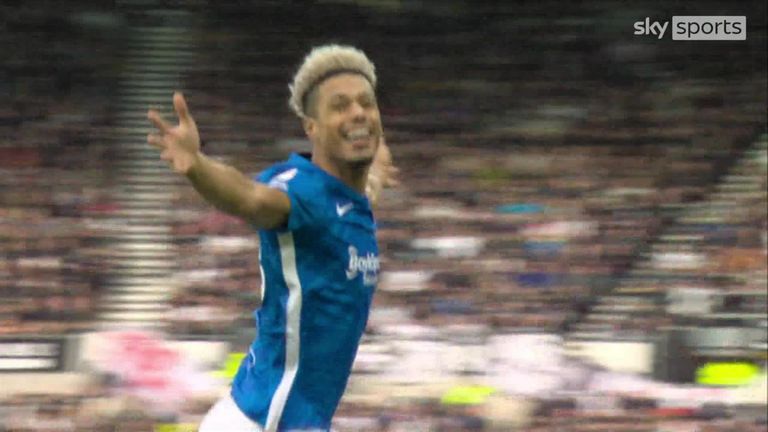 But then the mood changed; from nowhere, Birmingham drew first blood. Onel Hernandez managed to regain his footing after being put off balance by Curtis Davies, before squaring for Taylor, who finished clinically to mark a dream debut.

Derby were, for the most part, unable to get a foothold in the game and could have been further behind were it not for two crucial stops from goalkeeper Ryan Allsop. 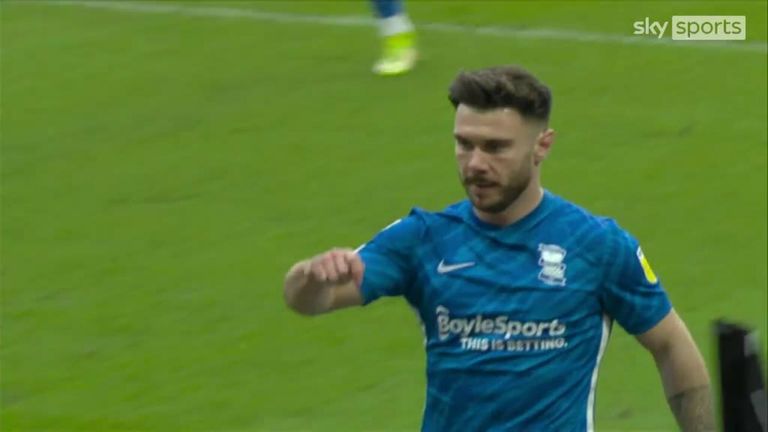 But in the time between those chances, they could also have drawn level, with Etheridge called into action to deny Richard Stearman after he had helped on Tom Lawrence’s free-kick in the six-yard box.

Within 11 minutes of the restart, Birmingham were two goals to the good when Hogan swept home unmarked after Craig Forsyth had failed to stop a cross on the right flank, but Derby picked their game up and were unfortunate not to be awarded a penalty when Teten Mengi helped Lawrence’s shot over the bar with his hand.

As the momentum rapidly grew, Rooney’s men found a way back in when Plange found space for a shot, despite being flanked by three men and tucked in, before Bielik salvaged a point with almost the final kick of the afternoon.

Derby return to action at 7.45pm on Wednesday February 2, when they travel to the John Smith’s Stadium to face Huddersfield, in a game live on Sky Sports Football. Birmingham, meanwhile, host Sheffield United at St Andrew’s at 7.45pm on Friday February 4.

200 лв.
Krystian Bielik scored the most dramatic of equalisers as Derby came from 2-0 down to hold Birmingham to a 2-2 draw in the Sky Bet Championship on Sunday afternoon. The Заложи сега