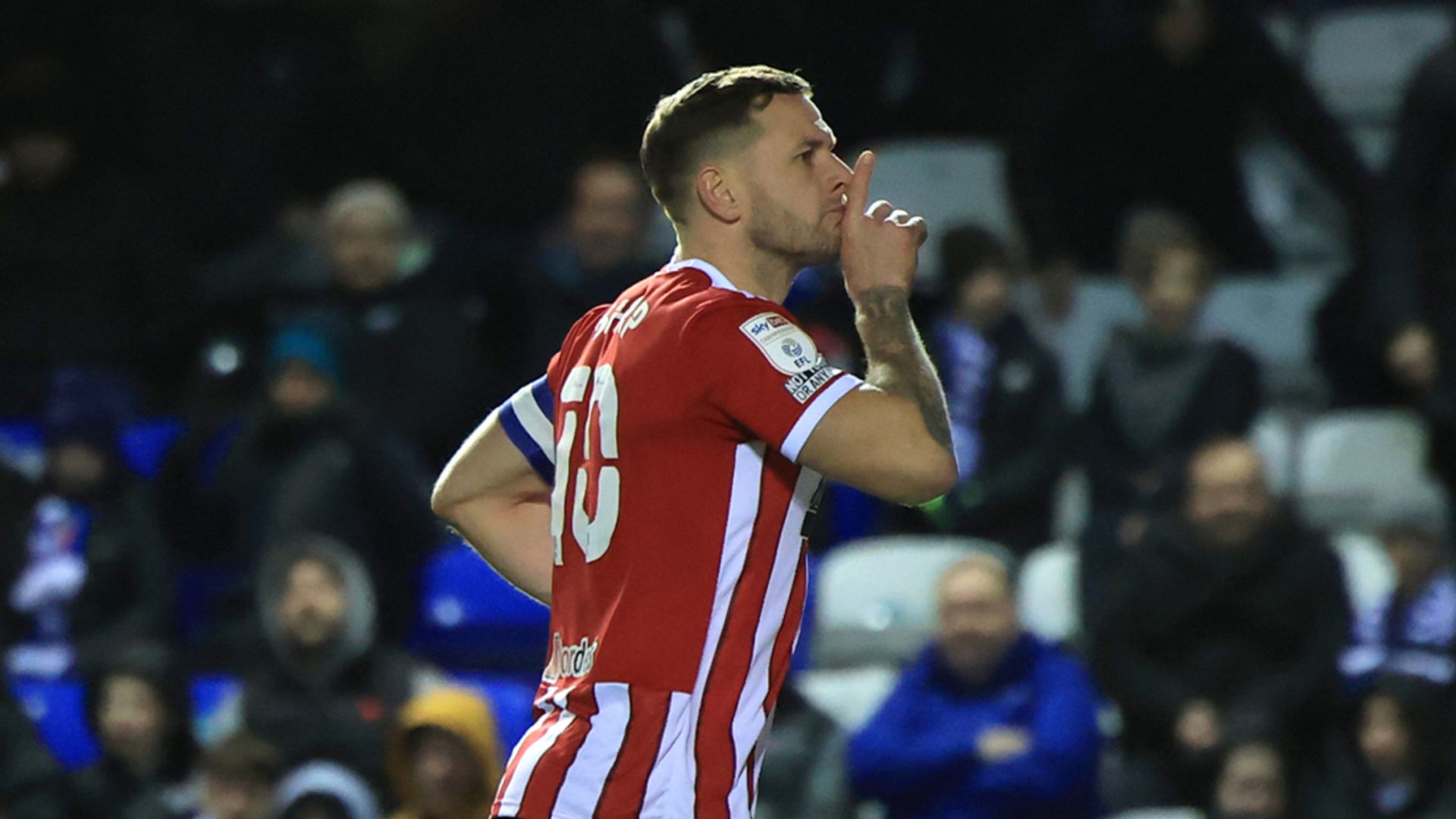 Billy Sharp became the outright leading Championship goalscorer since the division was rebranded in 2004 as Sheffield United beat struggling Peterborough 2-0 on Saturday evening.

The 35-year-old striker scored the 122nd second-tier goal of his career by pouncing on some suspect Posh defending to fire home from inside the box in trademark fashion (54). 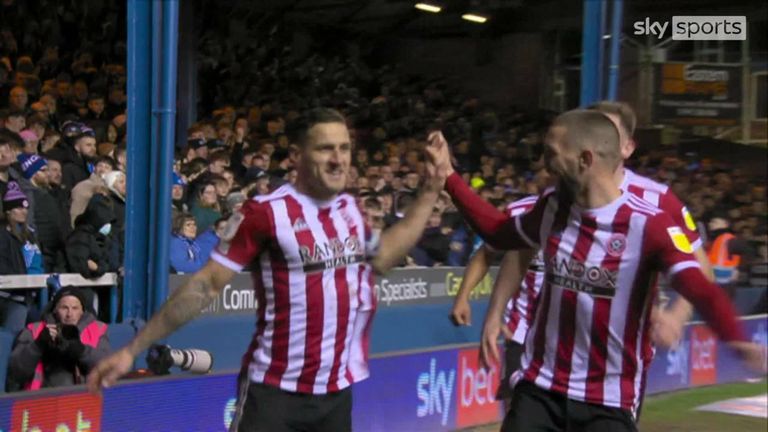 Billy Sharp gave Sheffield United the lead over Peterborough in the Sky Bet Championship with a smart finish.

And, inside the final 10 minutes, the game was put beyond Peterborough’s grasp when Callum Morton inadvertently put the ball into the back of his own net after Chris Basham had headed a corner into his path (81).

As a result of their second successive league win, Paul Heckingbottom’s men climb one place to 11th, six points outside the play-off places, while Peterborough – who would have moved out of the bottom three with a win – remain in 22nd, two points from safety.

How the Blades made their dominance count

From the first whistle, Sheffield United were clear in their approach. Within three minutes, Steven Benda was drawn from his line to collect Rhian Brewster’s cross after an electric burst forward, with Oliver Norwood’s sublime lofted ball narrowly missed by Sharp at the back post.

Throughout the half, further chances akin to the latter were passed up. Brewster whipped a stunning ball across the box that drifted over the byline unchallenged – picking up an injury that forced him off prematurely in the build-up – before Jayden Bogle dropped a shoulder, broke into the box and flashed an inviting ball across the six-yard box.

To add to their frustration, John Egan twice headed over the bar from promising positions and so, as is so often the case, the Blades were almost punished for their profligacy when Jonson Clarke-Harris latched onto Kwane Poku’s smart pass and was denied by a superb save from the onrushing Wes Foderingham.

Nine minutes after the restart, the visitors finally capitalised on their dominance when Sharp beat Nathan Thompson to the ball, chested it down, turned and fired a skidding shot into the bottom left corner.

He could have had a second around 20 minutes later, when Norwood sent him clean through on goal after spotting a large gap in the Posh defence, but Benda was quick to save at the veteran striker’s feet, before holding onto David McGoldrick’s tame follow up shot.

An own-goal from Callum Morton put Sheffield United 2-0 up against Peterborough in the Sky Bet Championship.

But the result was finally put beyond doubt soon after as Norwood delivered one of nine Blades corners to the far post, where Basham returned it to the six-yard box, where the unfortunate Morton could not react in time to prevent his touch from crossing the line.

Man of the match – Oliver Norwood

Billy Sharp became the leading scorer in the competition since the Championship’s rebrand in 2004 as his goal helped Sheffield Untied to a 2-0 win over Peterborough.

„He has been truly remarkable tonight. A joy to watch and with his touches, successful passes, he has ticked all the boxes and really driven Sheffield United forward. He has been their standout performer.“

ОЩЕ:  Where did it go wrong for Silverwood? 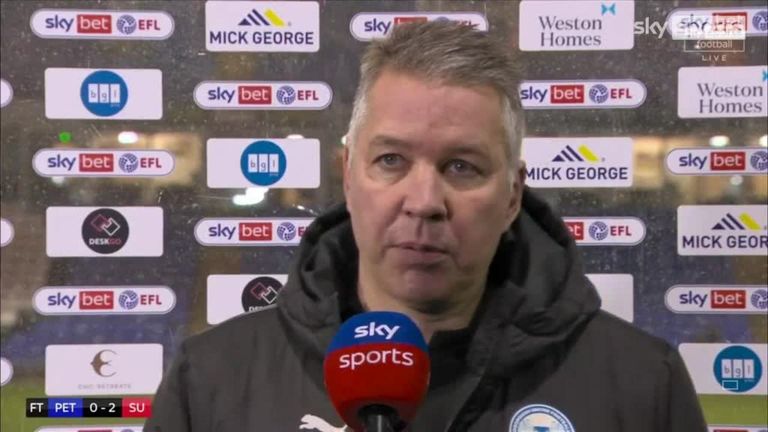 Peterborough United manager Darren Ferguson expresses his frustrations at his side’s inability to keep a clean sheet after a 2-0 defeat to Sheffield United in the Sky Bet Championship.

Peterborough’s Darren Ferguson: „It was always going to be a tough game for us, playing against very, very good opposition. But we got to half time at 0-0 and we said to the players to make sure we didn’t give them anything cheap; if they are going to score against us, make sure it is a good goal. The goals were given away – they are so avoidable. Just clear the ball.

„We know what this league is like; it is unforgiving. You can’t let Billy Sharp have a chance because it is a goal. The second goal was a set-piece. When we had moments and chances, like the one with Jonson at 0-0, these are moments we have to take. I’m not blaming him, but these are the moments where you have to try to get the goal to go ahead.“ 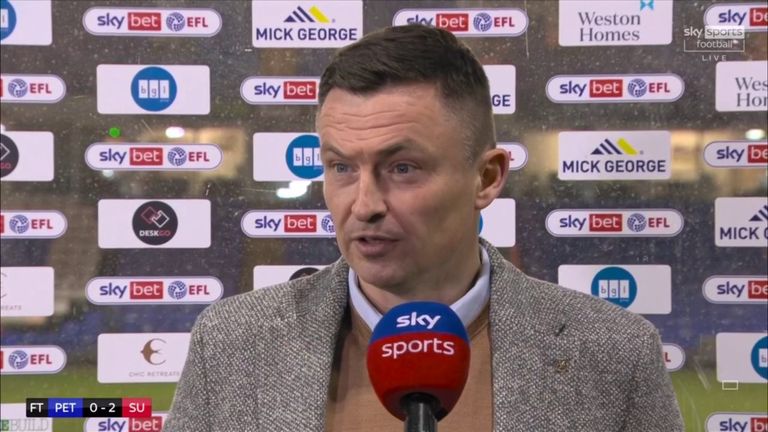 Sheffield United manager Paul Heckingbottom praised the hunger of 35-year-old Billy Sharp as the striker became the leading scorer in the Championship since the league rebranded in 2004 with a goal in the 2-0 win over Peterborough.

Sheffield United’s Paul Heckingbottom: „I’m pleased with the result and the performance, I thought, was really strong from the first whistle to the last. We had to be patient as well because we were on top but couldn’t quite get the goal for all different sorts of reasons and, while it’s like that, the game is still in the balance, regardless of how well you are playing.

Sheffield United travel to St Andrew’s to face Birmingham in the Championship at 7.45pm on Friday February 4, while Peterborough host QPR at the Weston Homes Stadium at 3pm the following day in the FA Cup fourth round.