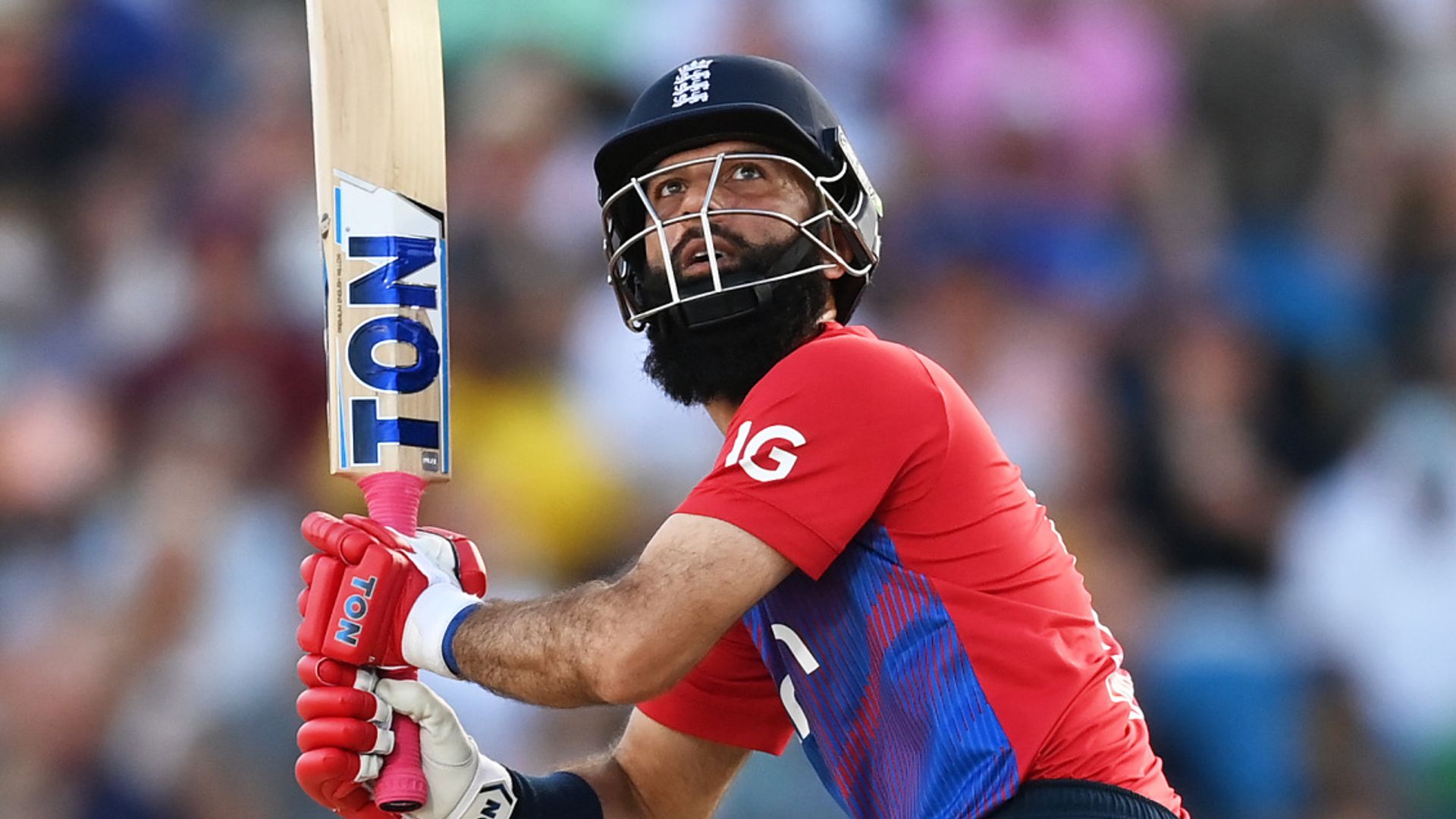 Moeen, leading England in the absence of the injured Eoin Morgan, hit seven sixes in a 28-ball 63, including four in a row off Jason Holder, as England posted 193-6, with Jason Roy contributing 52 from 42 balls.

The off-spinner (2-28) then dismissed West Indies openers Kyle Mayers (40) and Brandon King (26) after they had shared an opening stand of 64 and the hosts fell well short on 159-5 in Barbados.

England’s death bowling – unlike in the last two matches – was largely excellent but the same cannot be said of West Indies, with Moeen’s onslaught helping his team crunch 59 runs from their final three overs.

West Indies missed the chance to clinch a series victory with a game to spare, with the sides now locked at 2-2 ahead of Sunday’s fifth and final fixture, also in Barbados (8pm UK time).

ОЩЕ:  Could Lingard save Newcastle?

The winner-takes-all clash will be England’s final white-ball assignment until the three-match one-day international series in the Netherlands in June.

Morgan watches on as Moeen stars

Morgan should be back for the games in Amsterdam but was forced into a watching brief in the Caribbean, with the quad niggle that had seen him miss the third game, which West Indies won by 20 runs after Rovman Powell’s stunning century, also ruling him out of the final two matches.

The 35-year-old saw his replacement as skipper, Moeen, fire, firstly with the bat as he creamed a 23-ball, fourth T20I fifty and helped England run riot at the death, with the tourists having been 134-3 after 17 overs.

Moeen flogged four sixes in succession off Holder (3-44) in the 18th over – over long-on, down the ground, over midwicket and then through square leg – as he bossed a fourth-wicket stand of 65 from 34 balls with Liam Livingstone (16).

Moeen then made the key breakthroughs with the ball, having both Mayers and King caught in the deep, in the eighth and 10th overs respectively, after the duo had got the run chase off to a flyer.

When Adil Rashid (1-28) bowled Powell for just five with a delicious googly West Indies were 78-3 and that became 97-4 when Livingstone (1-18) had Nicholas Pooran (22) caught at long-on, shortly after being thumped for two sixes by the talented left-hander.

Holder kept his side in the game with a sparky 36 off 24 balls, including three sixes, but when he holed out off the impressive Reece Topley (1-21) two balls into the 18th over with 50 runs still required, West Indies’ hopes faded.

Topley, who conceded just three runs from the final over and only five from the 18th, was backed up with the ball by Moeen, Rashid, Livingstone and Chris Jordan (0-30).

Jordan, who came back into the England side in place of George Garton, shipped only seven runs from the 17th over, which began with West Indies needing 61 for victory.

Tymal Mills (0-30 from two overs) was the only bowler to be properly punished by the West Indies on Saturday night, with his first three deliveries smoked for two sixes and a four by Mayers.

England had started slowly with the bat after being inserted by Kieron Pollard, stuttering to 15-1 after four overs with Roy dropped on three by Holder and Tom Banton caught off the same bowler for four after spooning to Mayers at mid-on.

However, Roy and James Vince (36 off 24) then ignited – Roy, in particular, as he crunched three sixes and reached his eighth T20 international fifty from just 34 balls during a second-wicket stand of 85 from 57 balls with Vince as West Indies lost their earlier discipline with the ball.

Roy and Vince then fell in the space of seven deliveries, caught behind off the frugal Pollard (1-23) and pouched at short third man off Akeaal Hosein (1-23) respectively, and England added only 16 runs between overs 12 and 14.

Moeen got things going again with a six in the 15th over and Livingstone pounded one of his own in the 16th, before Moeen went six-crazy in Holder’s 18th over and then struck two more maximums off Romario Shepherd in the 19th – one a sumptuous stroke over extra-cover.

Moeen was caught in the deep at the start of Holder’s 20th over – two balls before Phil Salt (0) suffered the same fate as he followed his fifty on debut last time out with a golden duck in his second appearance.

But Sam Billings, back in the side in place of Harry Brook, ended the innings with successive sixes as England finished with a total that proved beyond their opponents.

England skipper and Player of the Match, Moeen Ali: „I thought we were outstanding. We batted really well and bowled brilliantly throughout. We squeezed in the middle and were brilliant at the end.

„We got what we were looking for at the death. We want the bowlers to be under pressure and learn from the previous game.

„I felt I went from not being able to hit the ball to getting a bit of momentum and you keep going with that. I am happy I could contribute to the team. I have got a couple of noughts in this series which isn’t great!“

West Indies captain, Kieron Pollard: „That’s the nature of T20 cricket, it only takes a couple of balls or hits to get you away. We were looking at a total of 160-170 but they got to 190-odd, which was 20 runs out of our reach.

„We started well with the bat but then slowed up and lost wickets. What is good is that the guys continue to learn and I continue to see enthusiasm in the dressing room. It’s going to be a good shootout on Sunday now.“

The series-concluding fifth T20 international takes place at Kensington Oval in Barbados on Sunday (8pm UK time). Join us on skysports.com and the Sky Sports app for over-by-over text commentary of the match.

England’s men’s Test team return to action in March – also against the West Indies. The three-match series starts in Antigua (March 8-12) followed by fixtures in Barbados (March 16-20) and Grenada (March 24-28).