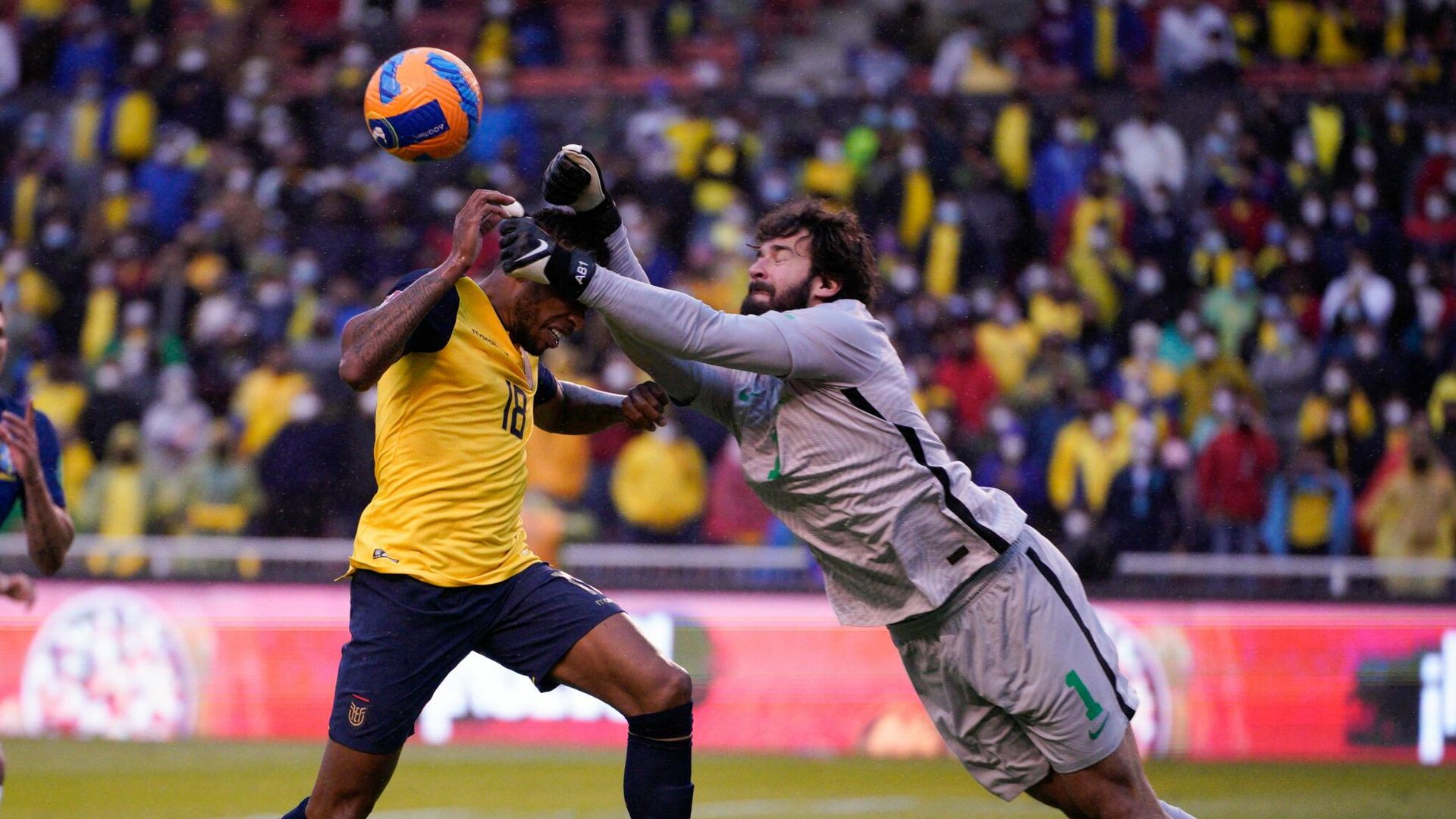 Goalkeeper Alisson was sent off twice only for the VAR to rescind both red cards as Brazil were forced to settle for a 1-1 draw against Ecuador in an action-packed World Cup qualifier.

Felix Torres’ header 15 minutes from time cancelled out an early Casemiro strike as Ecuador were forced to dig deep to earn a share of the spoils.

The feisty clash saw both sides have a player sent off inside the first 20 minutes and Brazil goalkeeper Alisson shown a red card on two occasions only for both to be rescinded after consultation with the Video Assistant Referee (VAR).

Ecuador will feel aggrieved at having a goal chalked off and two penalty awards rescinded by the VAR – including one in second-half stoppage time – but they got just reward for their resilience when Torres headed home from a corner.

Casemiro had put Brazil ahead after five minutes when he hammered home from close range after a goalmouth scramble.

That was followed by a red card for Ecuador goalkeeper Alexander Dominguez for a reckless challenge after 15 minutes before Brazil fullback Emerson Royal was dismissed for a second yellow card following a clumsy challenge five minutes later.

The five-times world champions have already qualified for this year’s finals in Qatar along with Argentina, who are playing away to Chile later on Thursday.

Ecuador are third in the 10-nation South American qualifying standings with 24 points from 15 games, seven points ahead of Colombia and Peru, who have a game in hand.

The top four qualify automatically for the World Cup while the fifth-placed side go into a playoff with a team from the Asian confederation.

200 лв.
Goalkeeper Alisson was sent off twice only for the VAR to rescind both red cards as Brazil were forced to settle for a 1-1 draw against Ecuador in an action-packed Заложи сега