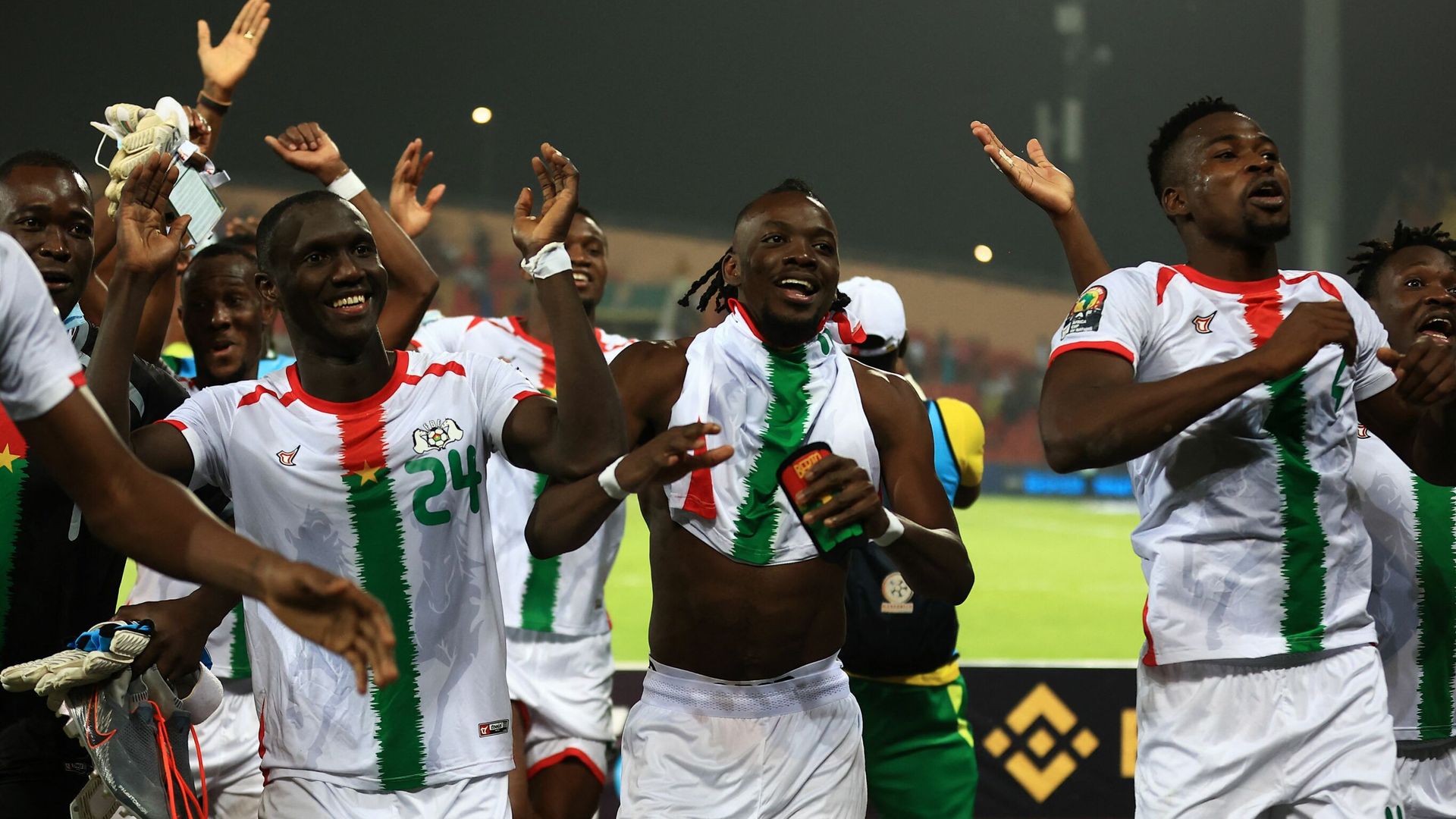 Burkina Faso joined Cameroon in semi-finals of the Africa Cup of Nations with a shock 1-0 victory over Tunisia at the Roumde Adjia Stadium on Saturday.

Teenage Lorient forward Dango Ouattara scored the winning goal in first-half stoppage-time after a swift breakaway down the right.

Tunisia, who beat Nigeria in the last 16, regrouped for the second half and felt they should have been awarded a penalty for a foul on Wahbi Khazri, but the referee choose not to change his decision after replaying the incident on the pitchside monitor.

With seven minutes left Dango Ouattara was sent off, initially having been shown a yellow card for catching Ali Maaloul with a stray elbow before another VAR review.

Burkina Faso, though, held out to progress to a semi-final against either Senegal or Equatorial Guinea, who meet on Sunday.

The Stallions, 60th in the FIFA rankings, created an opening with 25 minutes gone when Cyrille Bayala tested Tunisia goalkeeper Bechir Ben Said with a drive at the near post.

At the other end, Burkina Faso keeper Herve Koffi made an acrobatic save to push over a long-range free-kick from Tunisia midfielder Khazri.

Burkina Faso, who edged out Gabon on penalties to reach the last eight, broke the deadlock in first-half stoppage time.

Dango Ouattara was played clear down the right and sprinted away to hold off two Tunisia defenders in the penalty area before cutting the ball back to fire it into the net.

Tunisia could have gone further behind early in the second half when Ben Said was forced into another smart save from Bayala’s angled drive.

ОЩЕ:  Joyce's team 'have reached out' for Parker fight

The Carthage Eagles, 30th in the world rankings, finally started to grow into the game. In the 70th minute, substitute Ali Maaloul forced Koffi into another impressive stop to push away his 20-yard free-kick.

Tunisia felt they should have been awarded a penalty following what looked a rash challenge by Soumaila Ouattara on Khazri.

But after being advised to review the incident, referee Joshua Bondo decided against overturning his original decision.

There was more VAR drama with seven minutes to go when Dango Ouattara was initially cautioned for a flailing arm when jumping into a challenge with Ali Maaloul.

After being advised to take another look, the referee returned to instead brandish a red card, but Tunisia could not make their advantage count as Burkina Faso secured a memorable win.

200 лв.
Burkina Faso joined Cameroon in semi-finals of the Africa Cup of Nations with a shock 1-0 victory over Tunisia at the Roumde Adjia Stadium on Saturday. Teenage Lorient forward Dango Заложи сега