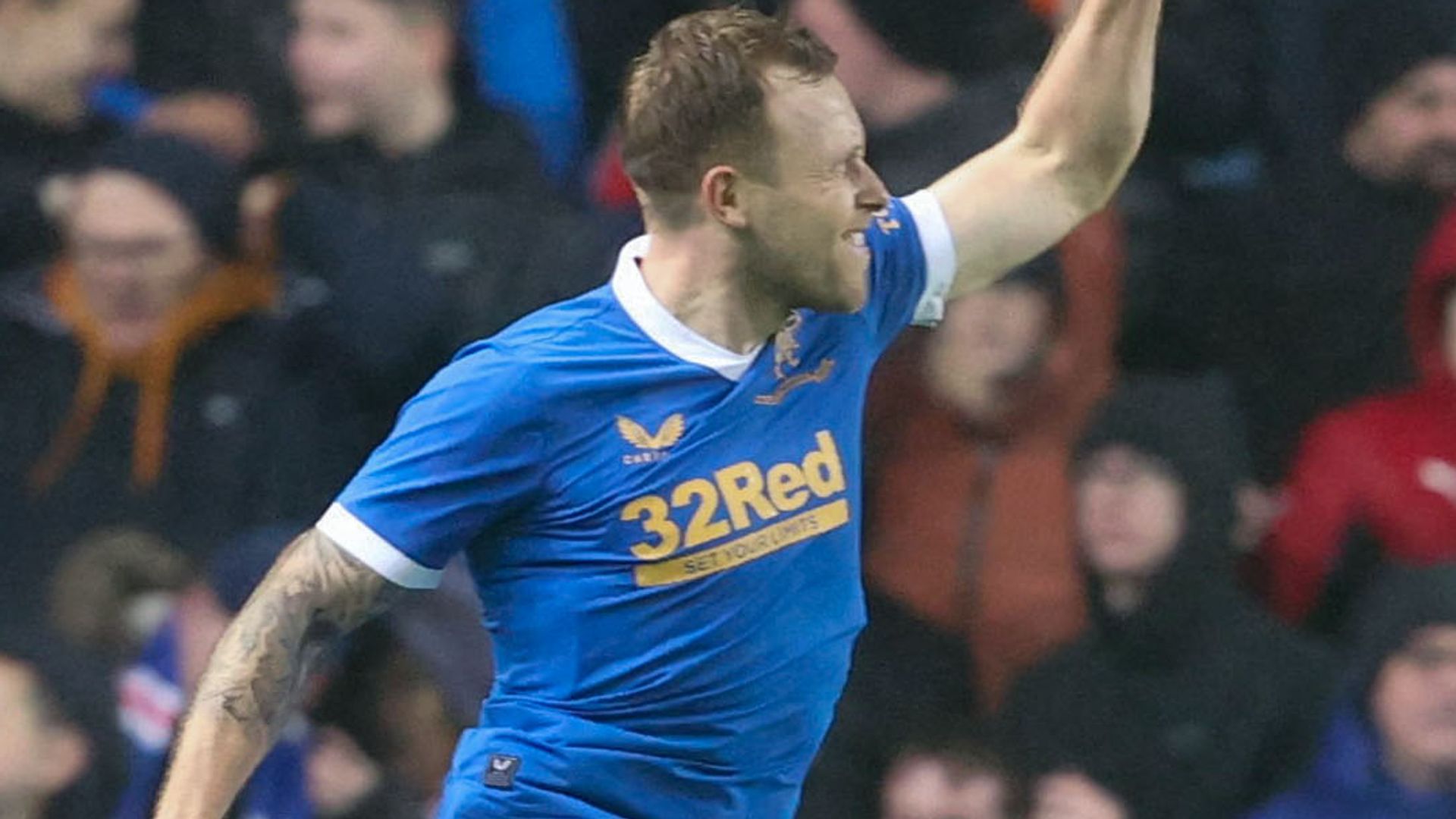 Scott Arfield’s spectacular second-half strike saw Rangers scrape past a stubborn Livingston 1-0 at Ibrox to maintain their slender four-point lead over Celtic at the top of the table.

The champions looked in real danger of dropping two costly points until Afrield’s intervention with just 15 minutes to go as the substitute managed to hook Borna Barisic’s cross from the left byline into the far corner of the goal.

That proved the difference between the two sides as Rangers stayed four points ahead of rivals Celtic, who won 2-1 at Hearts.

Giovanni van Bronckhorst was without Ianis Hagi, Ryan Kent and Alfredo Morelos due to a combination of injury, illness and suspension.

Alex Lowry, the 18-year-old midfielder, made his first start after scoring as a substitute in the Scottish Cup win over Stirling Albion on Friday night as keeper Allan McGregor, defenders Calvin Bassey and Barisic and midfielders Glen Kamara, Sands and Scott Wright all came back into the starting line-up.

On a wet, wild night in Govan, Andrew Shinnie came in to replace Caleb Chukwuemeka for the visitors.

Lowry had the first attempt on goal in the third minute, taking a pass from attacker Fashion Sakala but his low drive from outside the box was saved by Livi keeper Max Stryjek.

At the other end moments later, McGregor’s poor clearance allowed Livingston’s Odin Bailey an effort on goal from distance but the Gers keeper gathered comfortably.

The home side continued in their struggle to break down an organised Livi defence.

In the 25th minute, Wright was set up by Lowry but after beating Stryjek with his low drive he watched Lions defender Jack Fitzwater clear away to safety a yard from the line.

Then some fancy footwork by Lowry on the left-hand side of the box allowed him to slide the ball across goal but the teenager found no takers, to the groans of the home fans.

Rangers were coming closer. Sakala got on the end of James Tavernier’s driven cross six yards out but Stryjek blocked with his leg for a corner which came to nothing and just before the break Wright failed to capitalise on a cross from Sakala just yards from goal.

Rangers continued to struggle after the break. Striker Cedric Itten headed a Tavernier cross past the post, and Sakala shot straight at Livingston keeper Stryjek.

Van Bronckhorst rang the changes, bringing on Kemar Roofe and Arfield for Itten and Sands just before the hour mark with the boss looking for a spark.

Rangers continued to press and they got their reward with 15 minutes remaining when Arfield looped a cross from Barisic over Stryjek and into the far side of the net.

The Gers fans exploded in joy but mostly relief as the home side carried on to take three valuable league points. 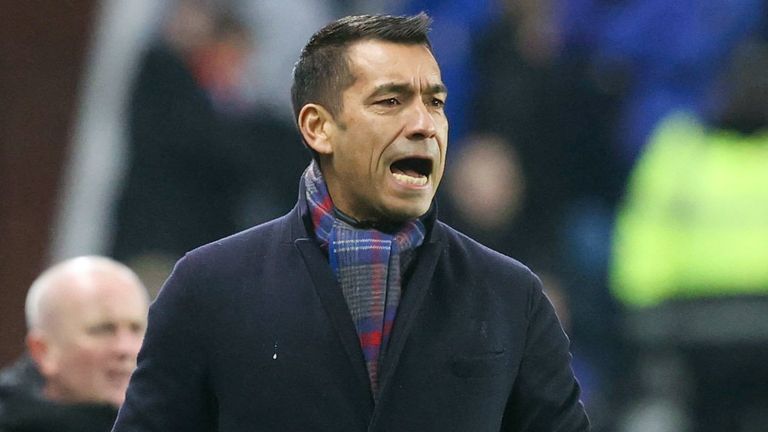 Manager Giovanni van Bronckhorst reflects on the win over Livingston and says the club could be busy before deadline day.

Livingston boss David Martindale: „Did we deserve to come away with three points? Probably not. Were we a wee bit unlucky not to get a point? We probably were.

„I don’t think we caused Rangers too many problems but our goalkeeper wasn’t that busy.

„In the second half especially, Rangers got behind us with some good combinations and put dangerous balls into our box.

„We dealt with 99 per cent of them well and then wee Scotty Arfield comes on and flicks one in at the near post.

„It was debatable if he was trying to finish it, to be fair, but he’s a clever player and his midfield runs are hard to deal with.

„You automatically fall into those low blocks when you come to Ibrox or Parkhead.

„Tonight, I let the fact Hagi, Morelos, Kent and Aribo were out of the Rangers team come into my thinking and I went a bit more adventurous. But fair play to the players who came into the Rangers team.

„The boy (Alex) Lowry did well and Rangers got the three points which is all that matters at the end of the day.“ 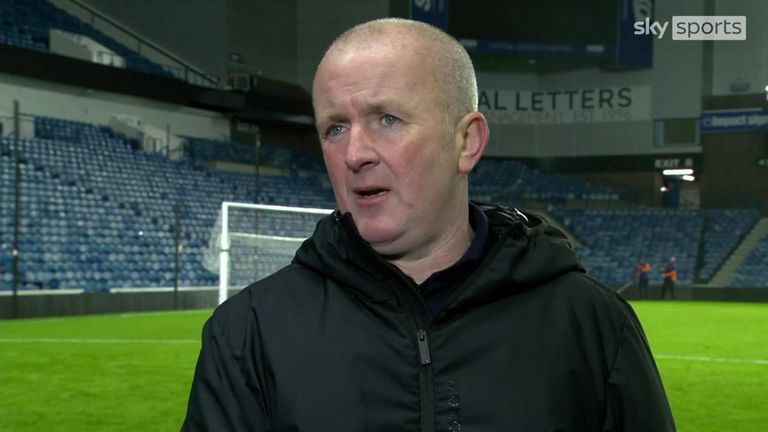 David Martindale admits Livingston didn’t deserve to win at Rangers but felt his side could have earned a draw at the champions.

Rangers travel to Ross County on Saturday, with the game kicking off at 12.30pm live on Sky Sports Football. Meanwhile, Livingston ravel to Hibernian on Saturday at 3pm.

200 лв.
Scott Arfield’s spectacular second-half strike saw Rangers scrape past a stubborn Livingston 1-0 at Ibrox to maintain their slender four-point lead over Celtic at the top of the table. The Заложи сега