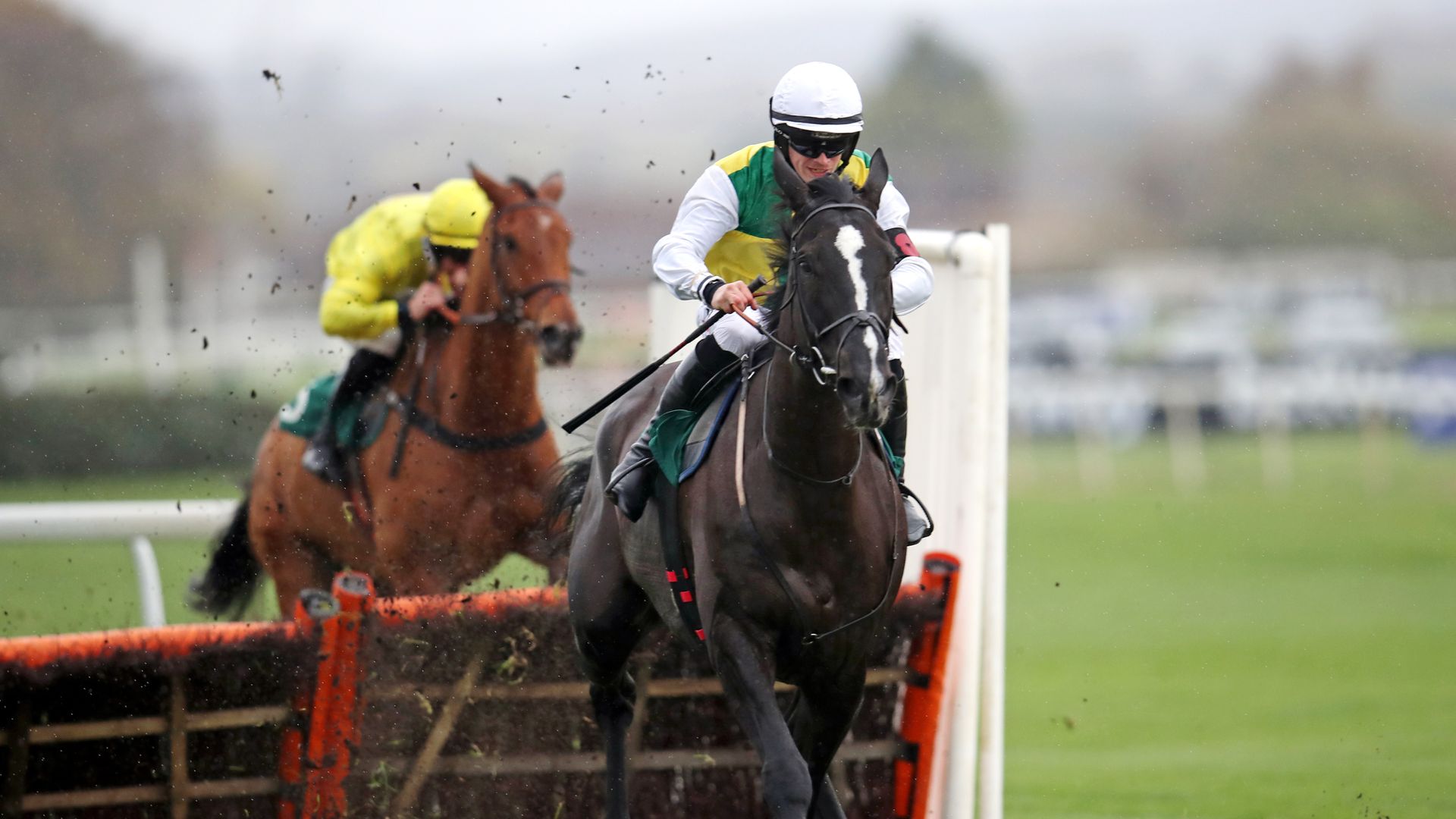 Henry Daly rates unbeaten hurdler Hillcrest as the best novice he has trained and says connections have yet to choose between running at Doncaster or Cheltenham on Saturday.

Daly’s seven-year-old, owned by the late Trevor Hemmings, made it three wins out of three over obstacles earlier this month, taking a Listed event at Cheltenham on New Year’s Day.

He looks set to step up into Grade Two company this weekend, holding an entry in the River Don at Doncaster and the Ballymore Novices’ Hurdle at Cheltenham on the same day.

„The plan is very fluid at the moment,“ Daly told Sky Sports Racing. „I haven’t really managed to speak to Mick Meagher, Trevor Hemmings’ racing manager at any length yet.

„It’s not ideal that Doncaster have got to a stage where they’re having to water, which is through no fault of theirs. It’s rather extraordinary that we’re in late January and racecourses are having to water. That does begin to worry you a little bit.

„It depends on the conversations with Mick as to where we end up.“

Daly has seen countless stars pass through his base at Downton Hall, where he has been in charge since 1998, including graded novice winners Behrajan (1999 Tolworth Hurdle) and Mighty Man (2005 Top Novices’ Hurdle), and believes the „enormous“ Hillcrest can surpass even them.

„You have to remember that he is seven-years-old, which is slightly odd for a novice hurdler but circumstances and size had got the better of him,“ Daly said.

„At this stage in his career he’s better than anything we’ve had before.

„I’ve been lucky enough to have one or two quite able horses and he’s in front of them at this stage.

„The last run at Cheltenham was very odd because it just didn’t look like he was doing very much in front and just having a lob round, but they did clock a very fast time. He’s pretty smart.

„He’s got a fantastic attitude to the job of being a racehorse. That makes a huge difference.

„It’s a much easier game when you’ve got nice horses. We all know it but I’ve always thought Martin Pipe was an absolute genius because he managed to win so many race with some exceptionally untalented horses.“

Hillcrest holds two Cheltenham Festival entries, in the two-and-a-half-mile Ballymore Novices’ Hurdle and the three-mile Albert Bartlett Novices’ Hurdle, and Daly says the next run will help determine the plan for March.

Daly said: „The plan at the moment is to get through Saturday, or wherever he runs next, and then make a decision.“

If Hillcrest heads to Cheltenham this weekend, he is likely to be joined on the truck by ten-year-old chaser Whatmore, who is set to run in the Grade Three Handicap Chase on the card.

The stable veteran has not been seen on the track since November 2020 when finishing second in the Rehearsal Chase at Newcastle and as such Daly reports him to be „very fresh“.

„He’s entered at Cheltenham and he’s more than likely to go there,“ Daly said.

„I know it’s probably a little bit short for him but he is very fresh at the moment and I think he’d be too fresh to run over three miles.“

Another legend of the yard, Chilli Filli could well have her last start for Daly next month.

The nine-year-old mare is being aimed at a Listed contest at Exeter before being put up for sale as a potential broodmare.

„All being well she will go to Exeter on February 13 for a Listed Mares’ Chase with a view that we have to be reasonably commercial with her,“ Daly revealed.

„She will be available to buy as a potential broodmare after that.

„She’s nine-years-old, has got to where she has and is pretty good. Sometimes we have to make commercial decisions.“

200 лв.
Henry Daly rates unbeaten hurdler Hillcrest as the best novice he has trained and says connections have yet to choose between running at Doncaster or Cheltenham on Saturday. Daly’s seven-year-old, Заложи сега