Sevilla remain in talks with Manchester United over a loan deal for forward Anthony Martial.

Martial, who played a key role in United’s late winner against West Ham at Old Trafford on Saturday, has asked to leave United and wants more playing time.

Sevilla have already had an offer rejected for Martial and discussions continue over a loan fee and the payment of wages. 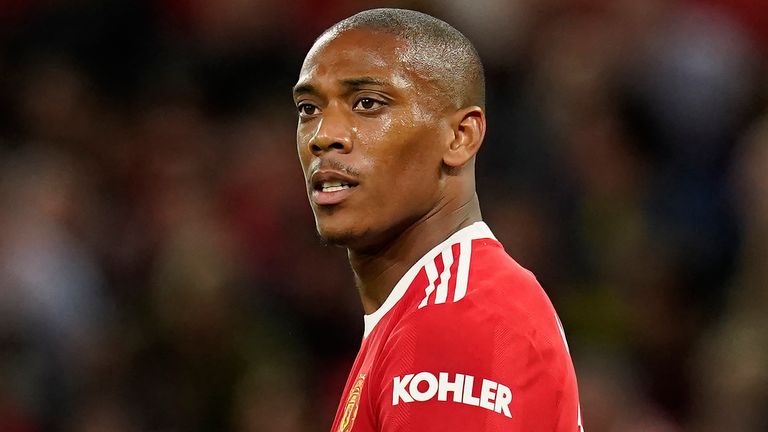 Kaveh Solhekol explains that a possible move for Anthony Martial from Manchester United to Sevilla could hinge on whether Diego Carlos signs for Newcastle.

United were unhappy with the previous offer as Sevilla had only offered to pay half of the player’s £150,000-per-week wages, without any option or obligation to buy.

Decision-makers at Old Trafford are reluctant for any players to leave on loan and would also prefer any deal to see wages paid in full as well as an additional loan fee.

Martial became the world’s most expensive teenager when he joined United from Monaco in 2015 and he has gone on to score 79 times in 269 appearances for the club.

The 26-year-old has fallen out of favour in the forward positions following the signings of Cristiano Ronaldo and Jadon Sancho in the summer, as well as the emergence of Mason Greenwood.

Could loaning Martial be smart for all parties?

„As for potential suitors, his preferred destination is Sevilla. He thinks he’ll get more game time there and they’re fighting for the La Liga title. Barcelona and Juventus are also reportedly interested – Sky in Italy are going quite big on Juventus actually.

„As for United, they really don’t want to do a loan, but I just wonder if they might be persuaded if a club came in and said, ‘we will pay 100 per cent of Martial’s wages and we will give you a loan fee’.

„If you look at Martial’s contract, United are in an OK position because his contract is up in 2024 and United have a club option to extend that for another year.

„I just wonder if it’s in United’s interests – if he’s not going to play – for him to go out on loan? If he does and he plays very well and comes back to United in the summer, maybe the new manager will say, ‘I do want you’. Failing that, if he does play well in a loan spell, that can only maintain his value.“

200 лв.
Sevilla remain in talks with Manchester United over a loan deal for forward Anthony Martial. Martial, who played a key role in United’s late winner against West Ham at Old Заложи сега