Ranieri sacked by Watford after just three months in charge 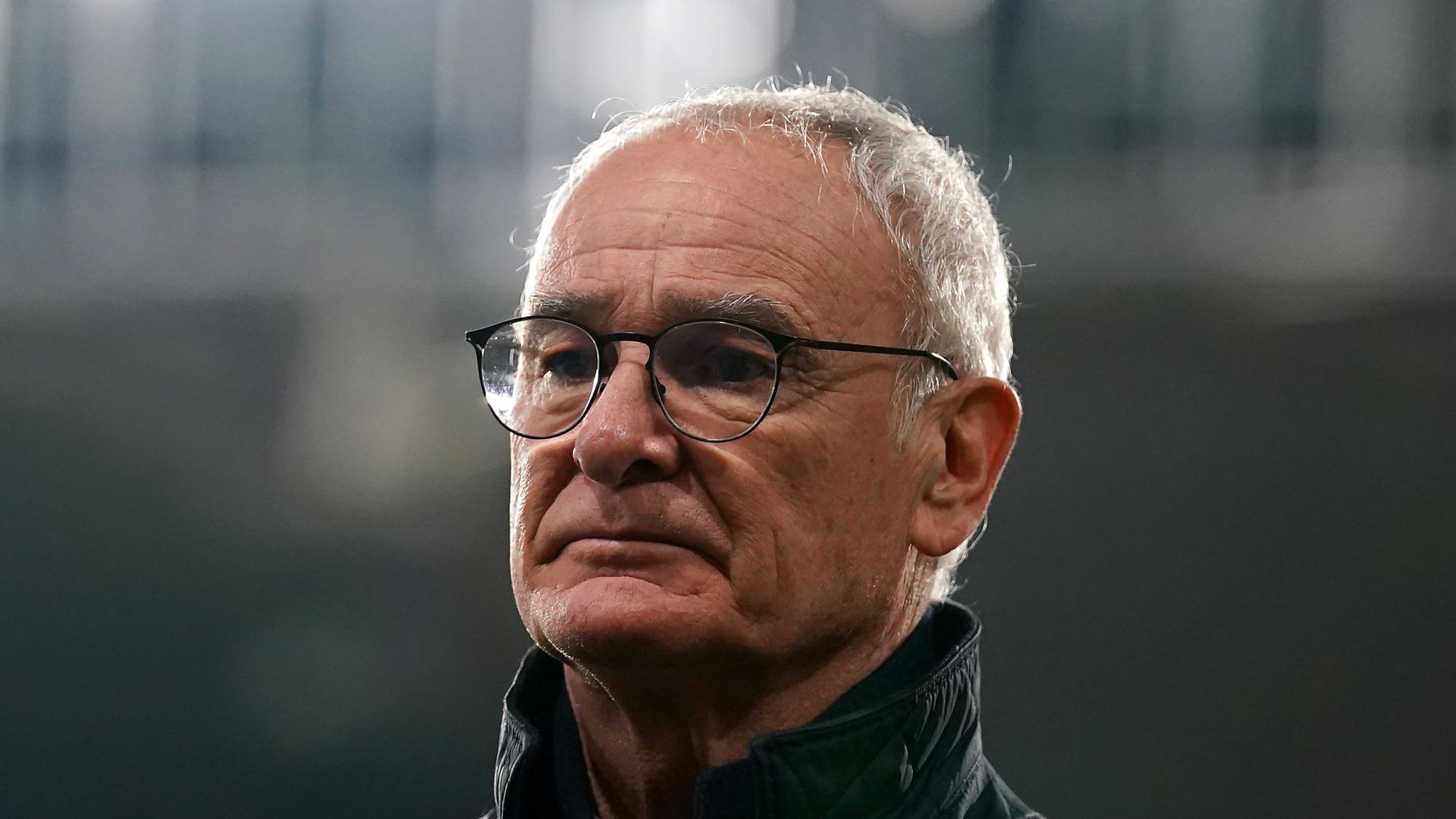 Claudio Ranieri has been sacked by Watford after just over three months in charge, with the club lying 19th in the Premier League.

Ranieri has failed to turn around the team’s fortunes since being appointed in October, with the Hornets dropping into the Premier League relegation zone for the first time this season after Friday’s 3-0 home defeat to fellow strugglers Norwich.

Asked about his future after the loss to the Canaries, the former Leicester and Chelsea manager said: „I don’t go away. I want to continue because I am a fighter. I’ve never given up in my career.“

Match highlights: Norwich out of bottom three with Watford win

Under Ranieri, Watford have lost seven of their last eight league matches. Their most recent victory was the 4-1 defeat of Manchester United in November at Vicarage Road.

No wins, no clean sheets, no discipline – Watford struggles

Watford are without a win in nine games in all competitions (D1 L8), their longest run without a victory since December 2013 (10).

Norwich enjoyed their biggest margin of victory in a Premier League match since beating West Brom 4-0 in May 2013, and their biggest away from home in the division since September 1993, a 5-1 win at Everton.

In a statement confirming Ranieri’s departure on Monday evening, Watford said: „The Hornets’ board recognises Claudio as a man of great integrity and honour, who will always be respected here at Vicarage Road for his efforts in leading the team with dignity.

„However, the board feels that, with nearly half of the Premier League campaign remaining, a change in the head coach position now will give a new appointment sufficient time to work with a talented squad to achieve the immediate goal of retaining Premier League status.

„No further club comment will be made until this new appointment is confirmed in due course.“

By sacking Ranieri now, Watford’s board have given themselves plenty of time to find the Italian’s successor, with the team’s next match being away to Burnley – who are bottom of the Premier League – on Saturday, February 5.

Ranieri’s first match in charge was the 5-0 thrashing by Liverpool at home on October 16, but he recorded his first win in his next game – a 5-2 victory at Everton.

But the 4-1 win over United proved to be Ranieri’s second and final victory as Watford manager. He lost 11 of his 14 matches in charge.

Quique Sanchez Flores, Nigel Pearson, Vladimir Ivic, Munoz and Ranieri have all left the club during that 28-month period, while Hayden Mullins has also had two spells as caretaker in that time.

The Pozzo family are now searching for their 15th permanent manager since completing their takeover of Watford in June 2012.

„I think you have to look at what Watford have done in the past under Gino Pozzo – they don’t go for big-name managers. They’re not going to try and get a head coach out of another club. They will be looking at someone who’s available, at someone who is a coach and not a manager. 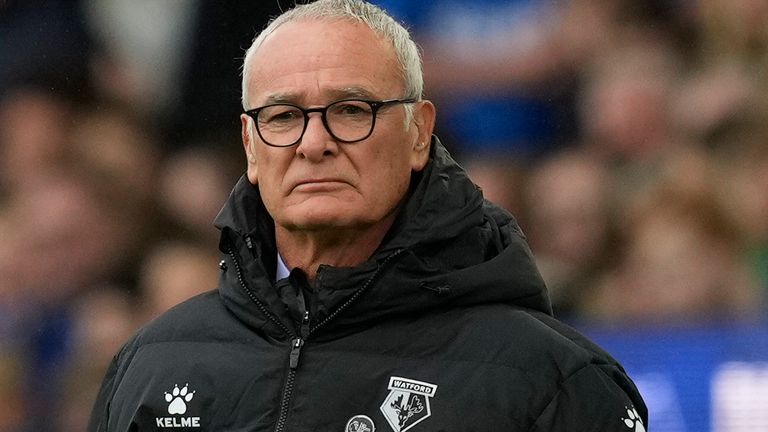 „If you work for Pozzo at Watford, you have to get the best out of the players that are there. You’re not going to be in charge of buying and selling players – there are other people at Watford who do that.

„As the Watford board have just said in their statement, they believe they have a very, very good squad of players. They’ve added to that squad in the past couple of weeks and they believe that, with half the season still left to play, by making a change now they’re giving the new coach as much time as possible to make sure they achieve their number one objective: to stay in the Premier League.“

Asked for his thoughts on the contenders to become the Hornets’ next head coach, McAnuff said: „Fabio Cannavaro might be one. He’s been spotted in and around the boardroom, which is never helpful when you are a manager in trouble, seeing big names and potential successors.

„They have gone quite left field at times and scoured the market for European names that, potentially, we are not too aware of. So could be anyone with Watford.“

„I fear for him. In everyone’s eyes, Norwich are the whipping boys. We love Claudio Ranieri in the Premier League. He’s been a massive character. I just think it might be difficult for him to be in charge for the next game, I really do.

„I certainly think they’ve got the best individuals in attack than the other teams at the bottom. But ultimately that won’t keep you up on its own. Ranieri knows that, he’s an experienced manager, it’s just whether he gets the chance to pick another team. 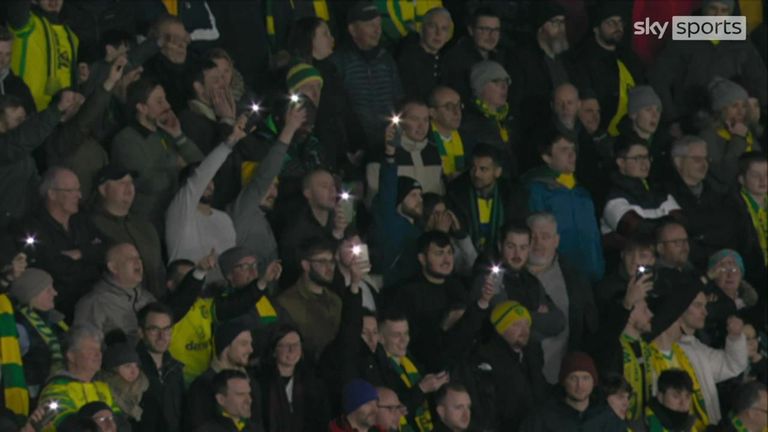 „There’s no doubt those discussions will be happening tonight at boardroom level with this club because that’s what they notoriously do. Claudio got the job on the back of the way this club works.

„They also face around five shots per game more than under their previous manager.“

„This is bad. Norwich are the team everyone thinks they are going to beat. Watford fans emptied the stadium at 3-0. The ones that were left booed. That is a bad, bad result on a Friday Night Football, live on television.

„What Jamie says about his fears for Claudio Ranieri is compounded by the fact we’ve got a two-week break. Ordinarily clubs wait for international breaks, for breaks, and they always plan for who their next manager is going to be.

„This club has a history of acting and you saw the look on the owner’s face during the game. I think Claudio will have a different type of relationship with the family.

„I think he’ll call them up and ask them ‘what are you going to do with me?’. I never want to see a manager sacked. I know sometimes you have to do it, but I hope they continue with him.“

Watford travel to Turf Moor to face Burnley on Saturday, February 5 at 6pm in their re-arranged fixture.

Follow every Watford game in the Premier League this season with our live blogs on the Sky Sports website and app, and watch match highlights for free shortly after full-time.

Get all this and more – including notifications sent straight to your phone – by downloading the Sky Sports Scores app and setting Watford as your favourite team.

200 лв.
Claudio Ranieri has been sacked by Watford after just over three months in charge, with the club lying 19th in the Premier League. Ranieri has failed to turn around the Заложи сега