Alex Hammond blog: A Million reasons for racing to celebrate 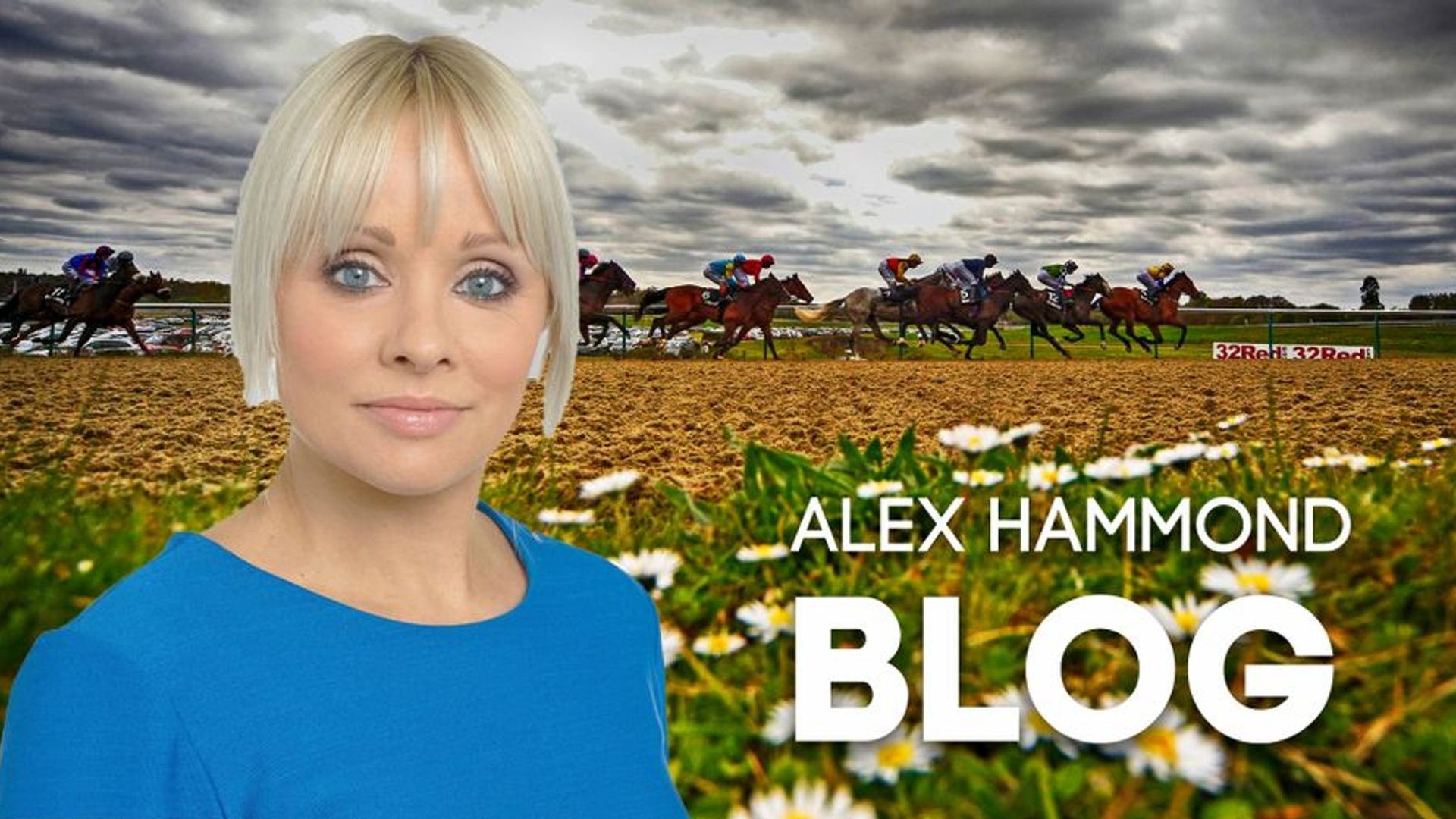 What a lucky girl I am. I’ve always known that horseracing is a wonderful sport, in fact I’ve felt that way for decades now and I would love you to feel the same way as I do.

Nostalgia is sometimes a misguided emotion, and our memories of times gone by can sometimes be skewed.

Being brought up in a time before smartphones took over ‘made life simpler’, not having to lock your front door when you popped out was the norm because ‘life was safer back then’, and wagon wheels ‘being 50 per cent bigger’ may not be true reflections of reality, but that’s the way we choose to remember the past.

Our memories of great races can also be exaggerated for the passing of time. „Ahh…yes“, we muse, „granted it was a superb race, but not as good as such and such going head-to-head back in the day“.

For me Desert Orchid reeling in Yahoo in the 1989 Gold Cup is the stall I set most races by; a high bar to meet.

Enable overhauling Crystal Ocean in the 2019 King George was another great duel that will live long in the memory, and I’m sure you have your own personal favourites.

I’m no psychologist, but memories forged in childhood seem to stick, and it’s often hard to recreate that childlike enthusiasm in adulthood.

However, when I arrived at Ascot on Saturday just as Nicky Henderson’s horsebox was pulling into the carpark and then bumped into Willie Mullins a few minutes later I started to feel giddy. In fact, I have a lump in my throat just thinking about it now.

I kept being asked on Saturday morning who I thought would win the grade One Clarence House and I’m afraid to say I sat on the fence. I said on Sky Sports Racing that I just hoped Shishkin and Energumene were upsides two out and we would be treated to the epic battle we were hoping for. Well, that worked out ok, didn’t it?

ОЩЕ:  Howe: ASM at his magical best | Lampard: We will have more nights like this

In his post-race interview winning jockey Nico De Boinville said it was one of the biggest thrills he’s had in a horserace. 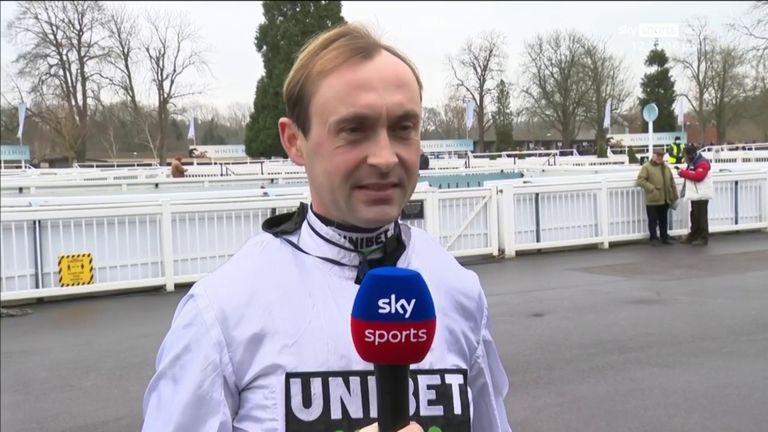 Jockey Nico de Boinville is already looking forward to a potential rematch between Shishkin and Energumene in the Champion Chase at Cheltenham in March after their epic battle in Saturday’s Clarence House.

Not as memorable as Mick Fitzgerald’s instant reaction to winning the Grand National back in the day, but I’d love to know what Nico has experienced in life that is more thrilling than that!

The youngsters for whom the Clarence House Chase was one of their first experiences of top-class racehorses laying everything on the line in the name of our wonderful sport, will in decades to come refer to the Ascot Grade One as their barometer of greatness, and I’d be surprised if they see many better. I’d have a bet with you that they now love the sport as much as I do.

It’s been a busy few days in my world, with the inaugural Winter Million also taking place this weekend at Lingfield. So, not only was I treated to Ascot on Saturday, but there have been some wonderful performances at the Surrey track too.

In fact, exhilarating tussles have been the order of the day. I think the two horses that really had to roll their sleeves up were Two For Gold and Dashel Drasher as they eyeballed each other in the closing stages of the Fleur de Lys Chase on Sunday.

Dashel Drasher came off worst, but he’s an extraordinary individual. He set some punishing fractions once he got to the front early in the contest and kept piling it on and on and on.

Our Jester (Hughie Morrison) – Follow this horse both flat and/or when he goes jumping. There could be a valuable flat staying handicap with his name on it.

Ballygrifincottage (Dan Skelton) – A latecomer to rules racing and there’s more to come.

The Galloping Bear (Ben Clarke) – A superb performance to win the Surrey National and one to watch in staying handicaps on testing ground.

Two For Gold managed to head him near the end, he fought again to put his nose back in front and even had to temerity to prick his ears in the process.

However, it was Kim Bailey’s charge who prevailed in the hands of David Bass to collect over £78,000 for winning connections.

I must send condolences to everyone involved with Master Tommytucker who suffered a fatal injury in the race, it was a desperately sad end to his rollercoaster career.

Arena Racing Company (who own Lingfield) have invested huge sums of money to make the Winter Million happen, and like the Racing League last year, there will be tweaks made to improve the concept. 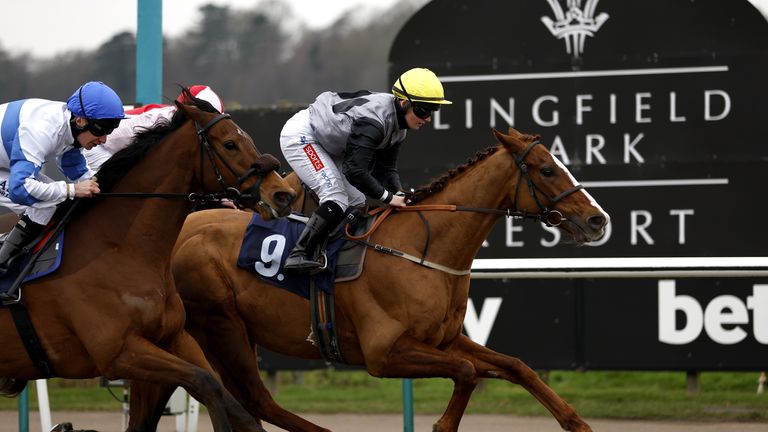 The mini festival had a feel-good factor to it, and I can see it becoming a target weekend for trainers in the years to come with those changes implemented.

I haven’t even mentioned the heart-warming victory of Cat Tiger for owner and amateur rider David Maxwell at Ascot. Ah well, I’ll save that for another day.

Commodore on the radar for Sky Bet Chase

Looking ahead we have the Sky Bet Chase entries through for Saturday’s three-mile handicap chase at Doncaster and it looks set to be another competitive renewal.

Aye Right was just touched off in the race last year and was looking desperately unlucky not to win a decent prize having gone close on a few occasions. Thankfully, he has managed to land a decent pot since when successful in the Rehearsal Chase at Newcastle in November and he’s been freshened up for another crack at this prize. With another 8lbs on his back it won’t be easy though.

At this stage I have Commodore on my radar for Venetia Williams. The trainer does well with everything she runs, but particularly chasers and this horse looked impressive when winning at Cheltenham early last month after a layoff. He’s been hiked up 9lbs for his trouble, but in that form, you’d hope he could run another big race.

Kapcorse is another intriguing entry. Paul Nicholls has had to manage this fragile nine-year-old, who has only run eleven times in his life, and those runs have been interspersed with a few long absences due to injury. He’s blessed with plenty of ability though.

Five Star Getaway is well regarded too, and like Cap Du Nord is trained by Christian Williams. Both will have a nice light weight if they make the final line-up. Dan Skelton has had a superb weekend and could run Debece who has clearly had his problems but may not be badly handicapped.

The race will be live on Sky Sports Racing and I’m looking forward to bringing it to you on Saturday afternoon.

200 лв.
What a lucky girl I am. I’ve always known that horseracing is a wonderful sport, in fact I’ve felt that way for decades now and I would love you to Заложи сега