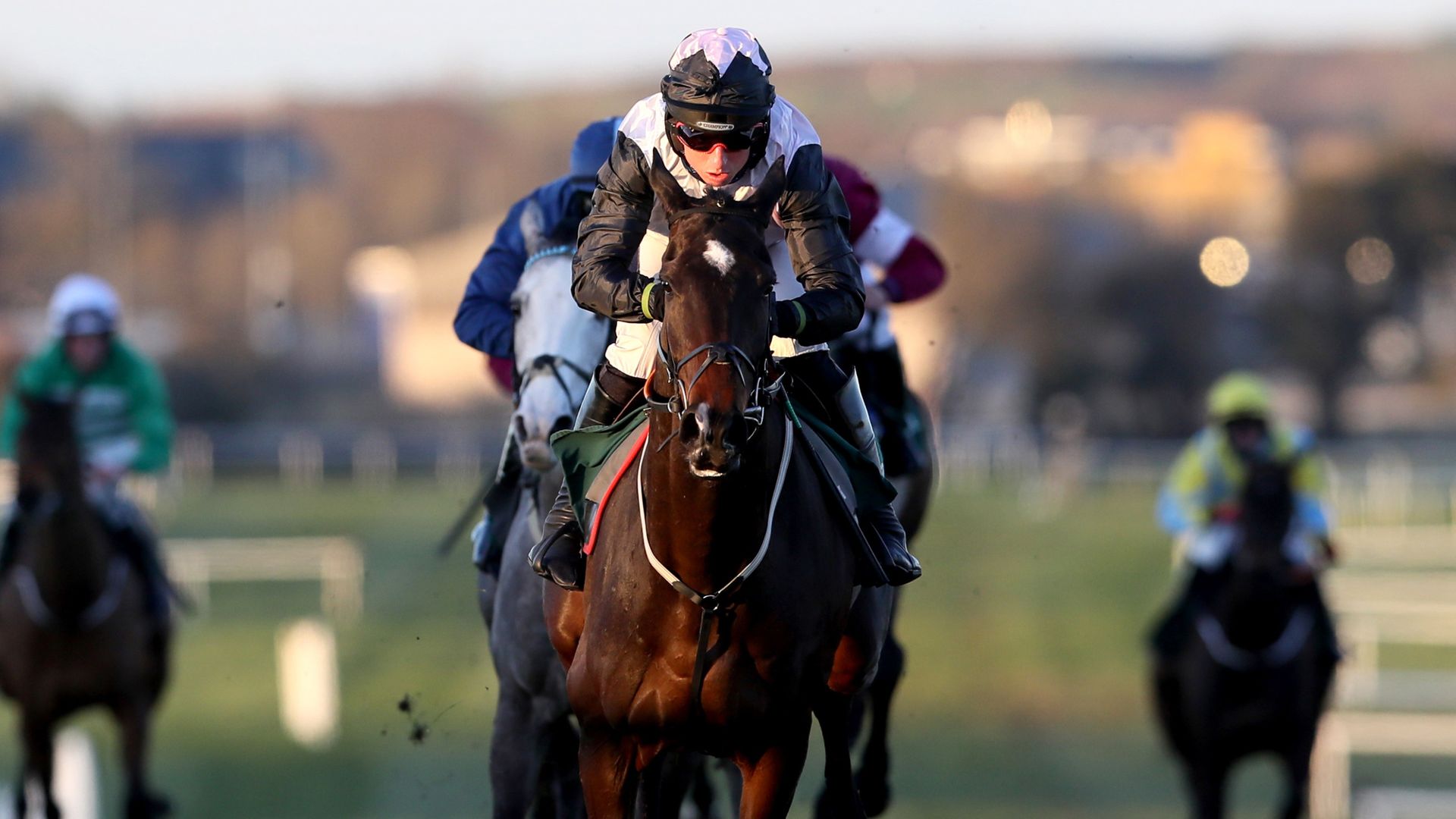 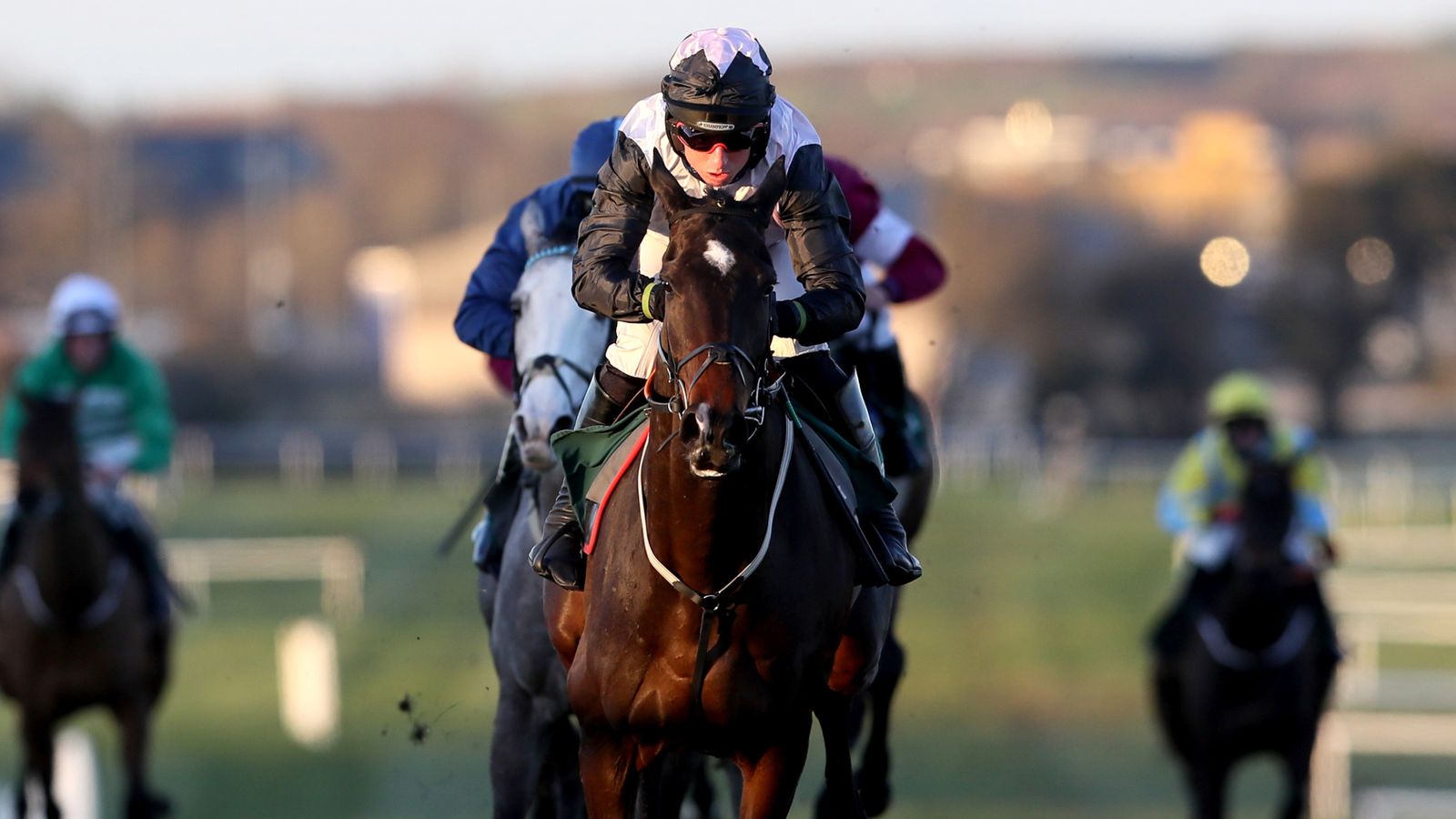 The Gordon Elliott-trained gelding won two bumpers before triumphing on his hurdling debut at Down Royal over Christmas, an eight-and-a-half-length success that left him well-fancied for this latest assignment.

Starting as the 4-9 favourite under Jack Kennedy, he crossed the line a length and a quarter ahead of his nearest rival.

„He won in spite of the track and we were very worried about running him, but there is a lack of races,“ said Elliott, whose six-year-old was cut to 10-1 from 12-1 by Betfair for the Albert Bartlett Novices’ Hurdle at the Cheltenham Festival in March.

„I didn’t think he had enough experience to go for a Grade One (at the Dublin Racing Festival) and Clonmel could have been a real slog. Jack said it was safe but as good as he wanted it.

„Jack was happy and said he was doing what he needed to do and he was the same in his bumpers.

„He half came off it with a circuit to go, but with a slap down the shoulder he goes again. I thought it was a good performance.

„He’ll go straight to Cheltenham, probably for the Albert Bartlett as he wants the maximum trip.“

Kennedy then secured a double on the card as Ballyshannon Rose (7-2) bounced back from a final-flight fall in the Florida Pearl to take the Grade Two Coolmore N.H. Sires Mogul Irish EBF Mares Novice Chase.

The nine-year-old ran prominently and held off a late challenge from Jeremys Flame to prevail by half a length for trainer Paul Fahey, who has the Irish Grand National in mind for her come springtime.

„She won her beginners’ (chase) here well so it was the obvious race after her fall at Punchestown,“ he said.

„She had run a very good race at Punchestown when she took a fall and then got an infection and missed Limerick over Christmas.

„I was excited when I saw Concertista wasn’t lining up in today’s race as she’s the best mare I’ve seen and we were in with our chance. It was a great race to win.

„It was a proper race and I got a phone call to say I had won, as I was down the track and thought she was beaten! I was a nervous wreck and it was the best phone call I got in a long time.

„It was great to have a runner in a race like that as it is not simple in the world we’re in now. She was a €3,000 foal and there are noughts being put on the end of those horses now. It proves there is room for everyone in this game.

The six-year-old was a bumper winner at the Down Royal Christmas meeting in what was his first racecourse performance after lameness issues have kept him off the track and under the ownership of the trainer.

„He didn’t get sold to anybody and is my own as he got held up and went lame behind,“ said Meade after the 5-2 success.

„I don’t know what he did and we sent him everywhere and nobody could find what was wrong. I left him off for nearly a year and he came sound and that’s now two runs and two wins.

„He has been doing things right at home and we were pretty sweet on him.“