Cayman Islands’ Jarvis books spot at Masters and The Open 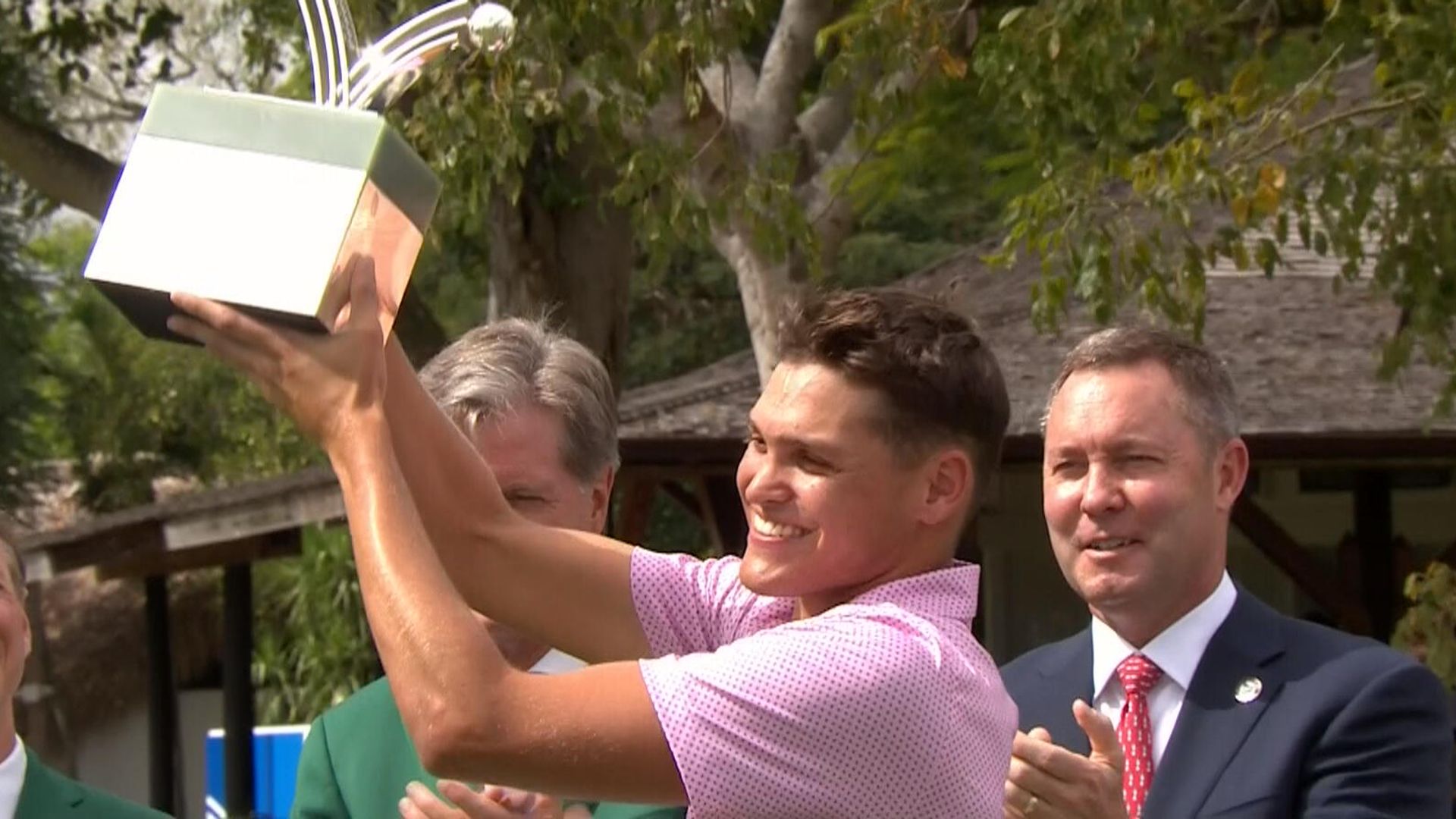 Aaron Jarvis’ victory means he will become the first player from the Cayman Islands to compete at the Masters and Open Championship; „I can’t even put this into words. What a day,“ the 19-year-old said on Sunday

The flag of the Cayman Islands will fly at Augusta National in April after Aaron Jarvis made birdie on the final hole Sunday for a three-under 69 and a one-shot victory in a tense ending to the Latin America Amateur Championship.

The victory means 19-year-old Jarvis earns a spot in the Masters and the Open Championship at St Andrews. He also is exempt into the final stage of US Open qualifying.

„I can’t even put this into words. What a day,“ Jarvis said. „It means the world to me. The opportunity to go to the Masters, the British Open – there’s no young golfer who doesn’t dream of anything but going to those tournaments.“

He will be the first player from the Cayman Islands to compete at the Masters and Open Championship.

Jarvis was one shot behind when his second shot into the par-five 18th on the Teeth of the Dog course at Casa de Campo came up just short and took a big hop onto the green. He two-putted for birdie and posted a seven-under 281. Then he had to wait.

Fred Biondi, a Florida freshman from Brazil, had a one-shot lead until he hit a poor chip from sticky rough off the 17th and made bogey. His second shot into the 18th drifted to the right, and he pitched about 30 feet long and made par for a 72.

It was just as painful for Santiago De La Fuente of Mexico and Vicente Marzilio of Argentina.

De La Fuente (71) had a 35-foot eagle attempt on the 18th, up the ridge with a sweeping break. It went about three feet beyond the hole, and he missed the birdie putt that would have tied Jarvis.

Marzilio was two behind when he got a big break, a second shot that hit a sprinkler head short of the 18th green, bounced high in the air and settled about seven feet away for an eagle that would have forced a playoff. It caught the left lip and spun away. He shot 71.

Marzilio was in tears during a brief interview after his round.

„I’m so happy I gave myself a chance on 18,“ he said. „I tried to hit the best putt I could. It wasn’t an easy one. It’s really tough because the competition is really hard. It just comes down to one shot. I’m sure I’ll get another chance in the future.“

Mateo Fernandez de Oliveira of Argentina had a bogey-free 68. He missed an 18-foot birdie attempt on the final hole and joined the group that finished one shot behind.

Jarvis had seven birdies in his round, though he was slowed by a bogey on the eighth and a double bogey on the ninth hole.

But he battled back over the final hour. Even a tee shot that found the water on the par-three 16th did not stop him. He holed a 20-foot putt to salvage a bogey and stay in the mix, and then made birdie on the 18th that proved to be the winner.

„I just stayed patient,“ Jarvis said. „I knew out there anything could happen, especially with the holes coming in.“

200 лв.
Aaron Jarvis’ victory means he will become the first player from the Cayman Islands to compete at the Masters and Open Championship; „I can’t even put this into words. What Заложи сега