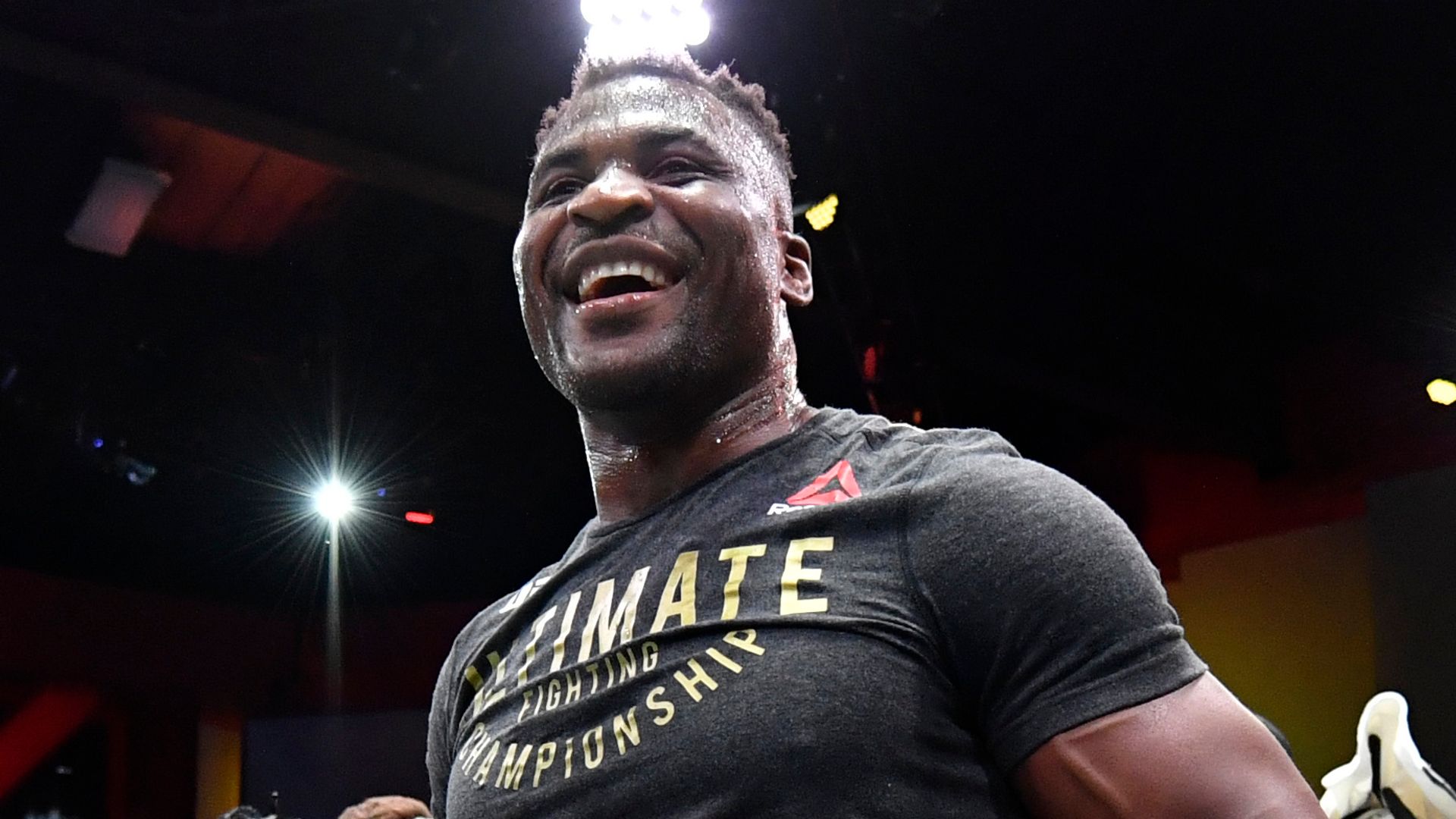 Francis Ngannou would relish the opportunity to go head-to-head with Tyson Fury in his next fight.

The 35-year-old UFC heavyweight champion faces former team-mate Ciryl Gane in a unification bout in Anaheim, California at the weekend, but would take to the octagon with WBC champion Fury having challenged him to a contest wearing MMA’s lighter gloves.

Asked if everything goes to plan against Gane whether he would rather face him or defend his title against Jon Jones in his next fight, the Predator told a press conference: „If you give me the two options, I would choose fighting Tyson Fury.

„After fighting Stipe [Miocic], the John Jones fight was on the table, but it seems like nobody really cares about it, so I don’t know.

Ngannou has made no secret of his desire to make the switch to boxing one day, and Fury’s fearsome reputation in the ring and Connor McGregor’s defeat by Floyd Mayweather have proved no deterrent.

Asked if the prospect excited him, he replied: „Yes, very much because as many of you might know, my dream since I was a kid was to become a boxer. Along the way, I discovered MMA, which has been great to me.

„But still that hasn’t taken away that dream of boxing. I always knew that I wanted to get a part of boxing in my career before the end of my career.“

Former WBO cruiserweight champion Enzo Maccarinelli has voiced the opinion that even the hugely powerful Ngannou would struggle to compete with boxing’s top heavyweights, but that does not faze the Cameroonian.

He said: „I think sometimes professional fighters can underestimate MMA fighters, but I also think everyone has an opinion.

In the meantime, Ngannou will concentrate on the task of beating Gane, with whom he sparred during his time at the MMA Factory showing few signs of wanting to heal the rift with former coach Fernand Lopez.

Lopez has since said he regards the fighter as a „son“ and that he would like to repair their relationship, but Ngannou said: „Screw him. I don’t play that game.

„I know exactly what he’s playing. Stop being a hypocrite. If you don’t like somebody, speak clearly about your mind.“

200 лв.
Francis Ngannou would relish the opportunity to go head-to-head with Tyson Fury in his next fight. The 35-year-old UFC heavyweight champion faces former team-mate Ciryl Gane in a unification bout Заложи сега