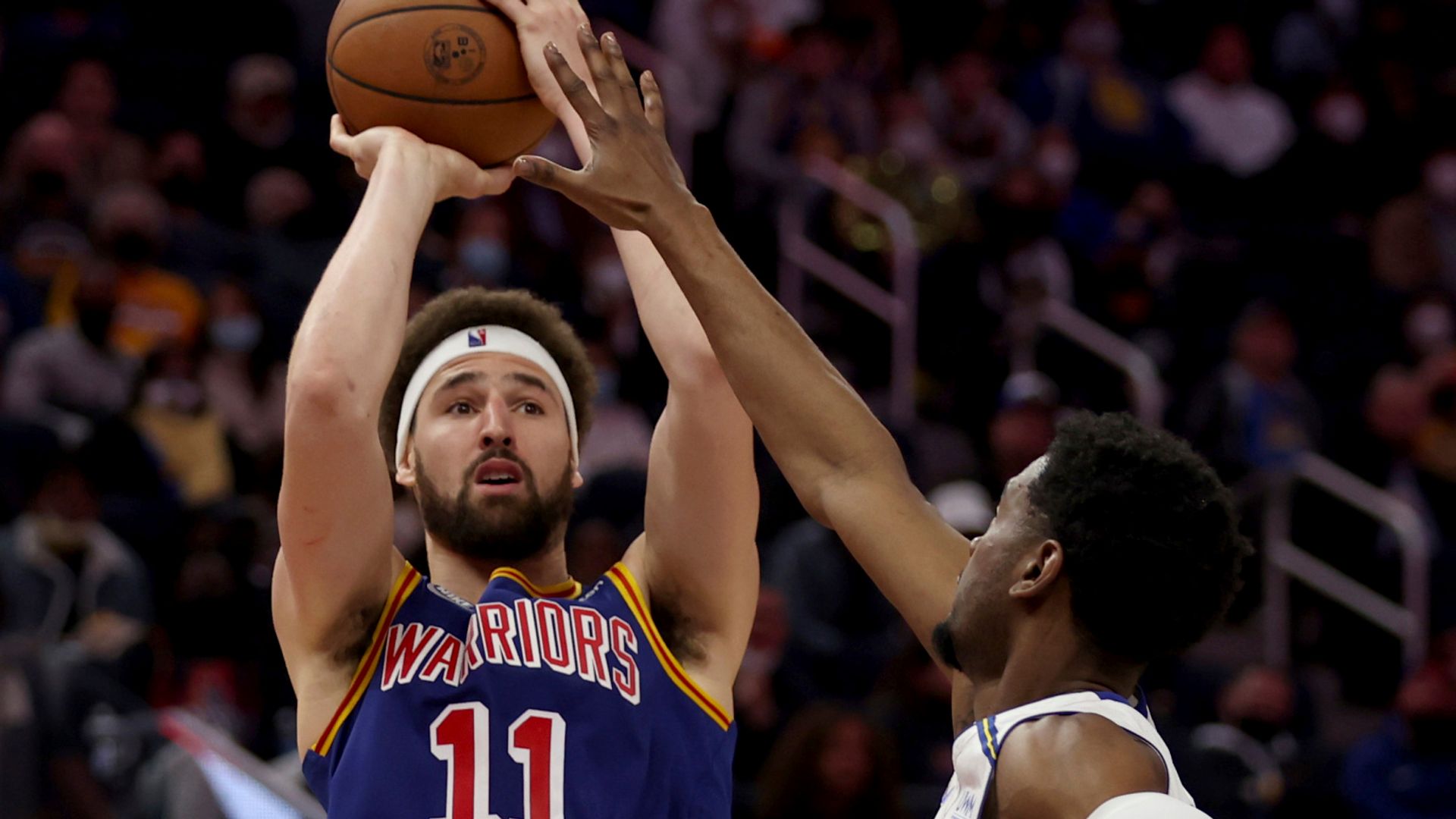 Klay Thompson had his best game back since returning from ACL and Achilles injuries, firing 21 points to guide the Golden State Warriors to victory over the Detroit Pistons, while the Minnesota Timberwolves battled back to beat the New York Knicks. 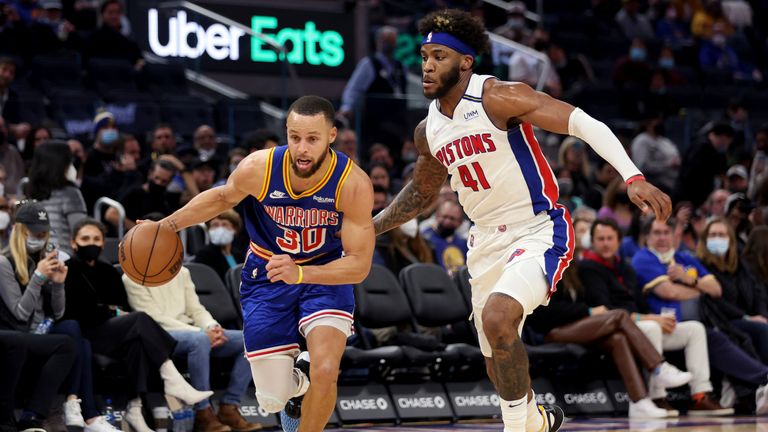 Klay Thompson had the best performance of his five-game-old season, hitting three three-pointers among a game-high 21 points as the Golden State Warriors opened a seven-game homestand with a 102-86 win over the Detroit Pistons in San Francisco.

Andrew Wiggins chipped in with 19 points and Stephen Curry had 18. Thompson, still early in his comeback from ACL and Achilles injuries, played 22 minutes.

Rodney McGruder, playing for the first time since his trade to the Denver Nuggets was voided, paced the Pistons with a season-high 19 points off the bench.

Coming off a 1-3 trip, the Warriors wasted little time getting back in the swing of things, getting nine points from Wiggins, six from Curry and five from Thompson in a game-opening, 26-13 flurry.

The advantage mushroomed to 66-38 by halftime and maxed out at 73-39 in the fourth minute of the third quarter before the Warriors coasted to their third consecutive home win.

Thompson, who had shot just 35.7 percent both overall and on 3-point attempts while averaging 13.8 points in his first four games, went 6-for-13 from the field and 3-for-8 from long distance.

He also made all six of his free throws, making him 11-for-11 at the line for the season.

Curry, who also found time for a game-high eight assists and three steals, added four 3-pointers and Wiggins had three for the Warriors, who outscored the Pistons 42-27 from beyond the arc. 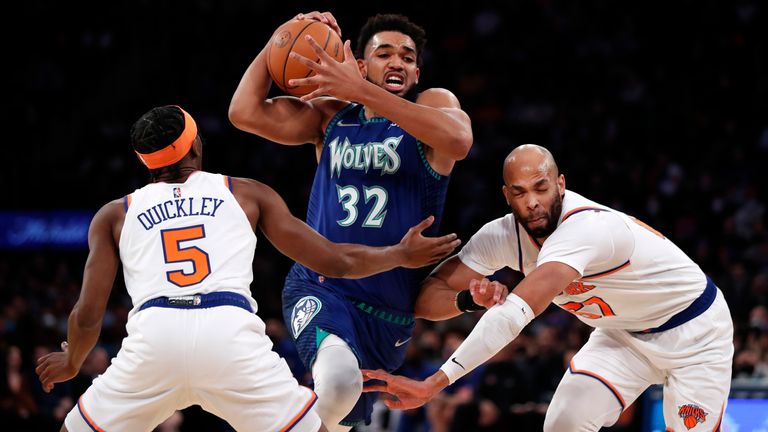 Karl Anthony-Towns converted a three-point play with 29.3 seconds remaining after D’Angelo Russell came up with pivotal defensive play as the Minnesota Timberwolves rallied for a 112-110 home victory over the New York Knicks.

The Timberwolves blew a 12-point lead, survived getting outscored 40-25 in the third quarter and overcame a five-point deficit in the final 3:41 by outscoring New York 10-3 down the stretch.

Towns gave Minnesota a 111-109 lead when he drove around Julius Randle for a layup and converted the subsequent foul shot. His clutch hoop occurred shortly after Russell forced R.J. Barrett into a turnover when the ball deflected off Barrett’s fingertips with 48.2 seconds left.

Officials initially ruled Russell deflected the ball out of bounds, but Minnesota regained possession after winning a replay challenge.

Towns then blocked Evan Fournier’s layup attempt with 4.9 seconds left and Alec Burks missed a 3-pointer with one second left.

Anthony Edwards led Minnesota with 21 points while Towns finished with 20. Russell added 17 and Jaylen Nowell chipped in 14 as the Wolves won for the sixth time in eight games.

Fournier led all scorers with 27 points and had 13 in New York’s flawless third quarter. Randle added 21 points, nine assists and nine rebounds while Kemba Walker scored 10 of his 19 in the fourth, including three 3-pointers in a span of 1:46 that put New York up 107-102 with 3:41 remaining.

200 лв.
Klay Thompson had his best game back since returning from ACL and Achilles injuries, firing 21 points to guide the Golden State Warriors to victory over the Detroit Pistons, while Заложи сега