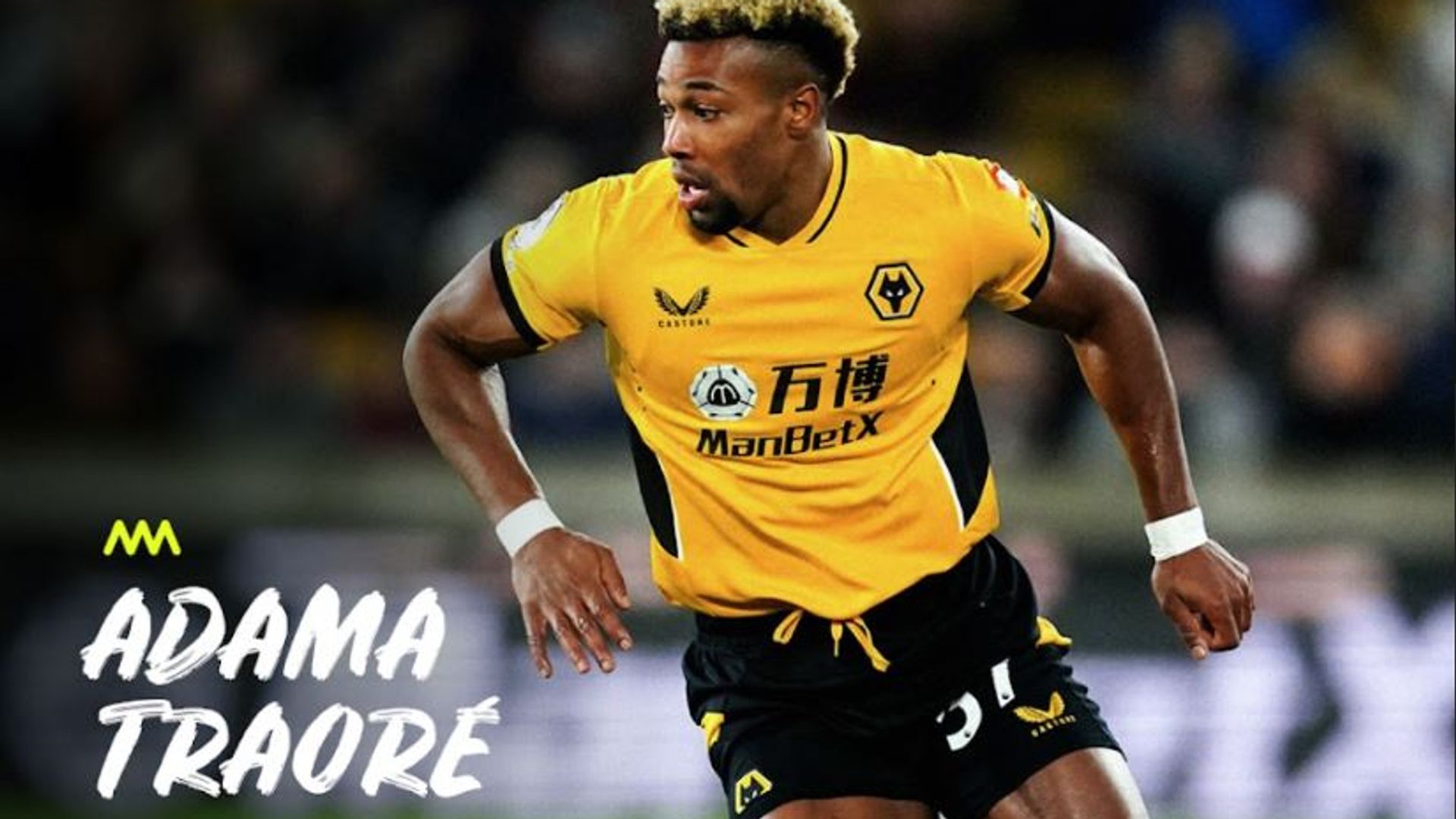 Wolves winger Adama Traore has joined social impact movement Common Goal, pledging one per cent of his salary to their anti-racism project.

The project, aimed at ending racism in football through comprehensive anti-racism training for the game’s decision-makers, was launched last year in the United States.

„All too often in football the headlines are stolen by racist actions,“ said the 25-year-old Spain international.

„If I’ve learned anything in my career so far, it’s that leading with action rather than empty words is what counts in making a difference. It’s important to me to use my platform to be part of the solution.

„I know that my one per cent alone isn’t going to fix this problem, and my voice alone won’t solve systemic racism. But, if I can encourage others to join us in this fight, nothing can stand in the way of the impact we can make together.“

Common Goal was launched in 2017 when a single player, Juan Mata of Manchester United and Spain, committed to pledge one per cent of his salary to a collective fund.

There are now over 200 professional players and managers from 45 nationalities on the Common Goal team, including some of the biggest names in football.

The long-term goal is to positively impact 100 million young people by 2030.

Mata said: „It’s fantastic to see another person from the Premier League join myself, Kasper Schmeichel and Jurgen Klopp in this growing team of now over 200 professionals from around the world.

„In England there are so many inspiring female players that are already Common Goal members, and I hope that Adama joining the movement in order to take tangible action on tackling racism will inspire other male colleagues from the Premier League to join the movement.

„One per cent is almost nothing, but together we can create meaningful change and the time to act is now.“

To join adidas and Common Goal at the starting line, fans can purchase a football at www.adidas.co.uk/balls for their 1% to be contributed toward social change causes.

200 лв.
Wolves winger Adama Traore has joined social impact movement Common Goal, pledging one per cent of his salary to their anti-racism project. The project, aimed at ending racism in football Заложи сега