Murray wins in five to make Australian Open second round 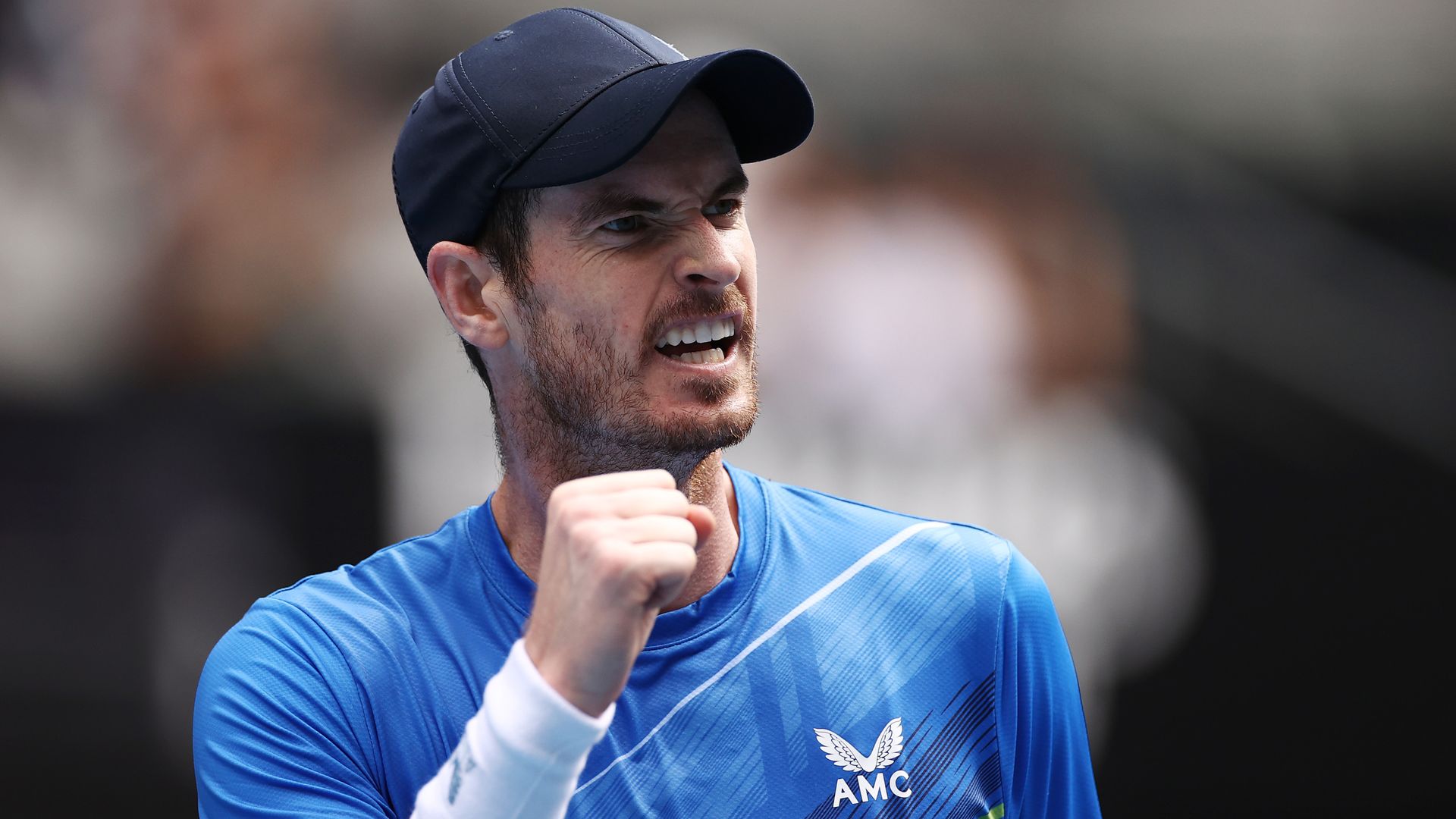 Andy Murray returned to the Australian Open for the first time since 2019 and showed typical fighting spirit to win another classic, this time against Nikoloz Basilashvili in five sets for his second win over the Georgian in the space of six days 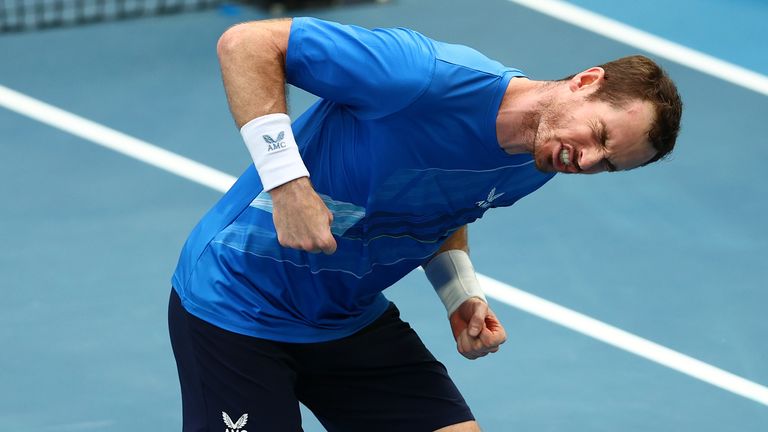 Andy Murray showed there is plenty of life in him yet as he produced an epic performance to defeat Nikoloz Basilashvili 6-1 3-6 6-4 6-7 (5-7) 6-4 in the first round of the Australian Open.

The former world No 1 looked more like the player of old and he found the winning feeling again at Melbourne Park with a thrilling victory after three hours and 52 minutes.

„It was amazing,“ said Murray in an on-court interview after the match. „It has been a tough three or four years.

„I’ve put in a lot of work to get back here. I have played on this court many times and the atmosphere is incredible. I have always had fantastic support.

„This is where I thought I had potentially played my last match three years ago but it is amazing to be back, winning a five-set battle like that. I couldn’t ask for any more.“

Come Onnnnnnnnn!! 🙏 @andy_murray Such a tough battle. Amazing effort to come thru and get the W! 🔥 🏴󠁧󠁢󠁳󠁣󠁴󠁿

Murray, with little effort required, raced to the first set in a little over 20 minutes, but the 21st seed locked his radar in to break the Murray serve three times on his way to levelling the match.

The five-time finalist in Melbourne got the better of three straight breaks to move back ahead on his fourth chance as Basilashvili threw in a 25th unforced error of the set.

Murray then recovered from 2-4 before saving a set point at 4-5, and despite fighting back from 1-5 in the tie-break, the 34-year-old paid for a couple of loose forehands as Basilashvili forced a decider.

Murray moved into a 3-0 lead in the fifth but back came Basilashvili once again to level at 4-4 only for the Scot to finally find a way across the line and set up a second-round meeting with Japanese qualifier Taro Daniel.

Murray added: „I will hopefully keep improving. There are things in my game I can definitely do better.

„I would love to have a deep run here, if possible. It is something I have not had in one of the slams since I came back from injury and it is something that is motivating me.

„I have played some of my best tennis here over the years. I feel comfortable here and I hope I can do it here this tournament.“

Evans has begun the season in fine form while former top-10 star Goffin has been plagued by injury troubles and pulled out with a knee issue during a match versus Murray in Sydney last week.

Goffin initially kept pace with his opponent but Evans, the 24th seed, broke to take the opening set and from there was relatively comfortable in a victory lasting an hour and 48 minutes.

Last year’s runner-up Daniil Medvedev began his quest to become the first Russian man to win the title in Melbourne since Marat Safin in 2005 with a 6-1 6-4 7-6 (7-3) victory over Henri Laaksonen.

Brilliant win for Watson; Dart swatted aside by Swiatek

Heather Watson gained her first Grand Slam victory in a year with a three-set success over Mayar Sherif of Egypt.

Wins have been hard to come by recently for Watson but she ended a seven-match losing run dating back to August in Adelaide last week and carried that confidence into Melbourne.

She is now ranked down at 94, 32 places lower than Sherif, who has been heading in the other direction.

But Watson played a fine match to win 6-3 5-7 6-2, thumping 40 winners and putting aside the disappointment of losing the second set.

„I’m really happy to get through this one because the last couple years have not been good for me,“ Watson said.

„I had a great pre-season in Florida and I found my love and joy for tennis and competing again. I feel like the last couple years I felt really anxious before matches, just really not even wanting to go out there, but trying to get over it because I know in sport there’s always ups and downs.

„Today I was excited to play. I couldn’t wait to get out on the court.“

She suffered the dreaded double bagel against Maria Sharapova in 2019 before a much better performance against Simona Halep the following year.

Dart, ranked 123, made a good start against seventh seed Swiatek, leading 3-1, but the Pole began to cut out the errors and, despite not doing too much wrong in the second set, the British No 3 failed to win another game.

Dart said: „It’s been challenging here. I’ve always had some really, I’d say, rough draws. I think I started well, and then it was tough, and she really found her rhythm, let her dictate me, and once you do that against such a high-quality player, it’s really tough to come back from that.

„Overall I’ve played six matches here, and happy to be injury-free and kind of kick on for the year.“

Third seed Garbine Muguruza began her campaign with a 6-3 6-4 victory over Clara Burel. The 2020 runner-up faces Alize Cornet in the second round after she beat Viktoriya Tomova 6-3 6-3.

200 лв.
Andy Murray returned to the Australian Open for the first time since 2019 and showed typical fighting spirit to win another classic, this time against Nikoloz Basilashvili in five sets Заложи сега