Celtic ease past Hibs to close on Rangers Daizen Maeda scored less than four minutes into his Celtic debut as Ange Postecoglou’s side returned to action with a 2 0 victory over Hibernian.

Josip Juranovic was also on target in the first half from the penalty spot as Celtic moved three points behind cinch Premiership leaders Rangers ahead of the champions’ visit to Aberdeen on Tuesday.

Celtic’s three Japanese January signings were given the full Parkhead experience after restrictions on crowd numbers were lifted just in time for the resumption of Scotland’s top flight following a reshuffled winter break.

Reo Hatate also made his first start and Yosuke Ideguchi was introduced off the bench amid the continuing absence of their fellow Japanese player, Kyogo Furuhashi, whose hamstring injury looks set to keep him out for several more weeks. 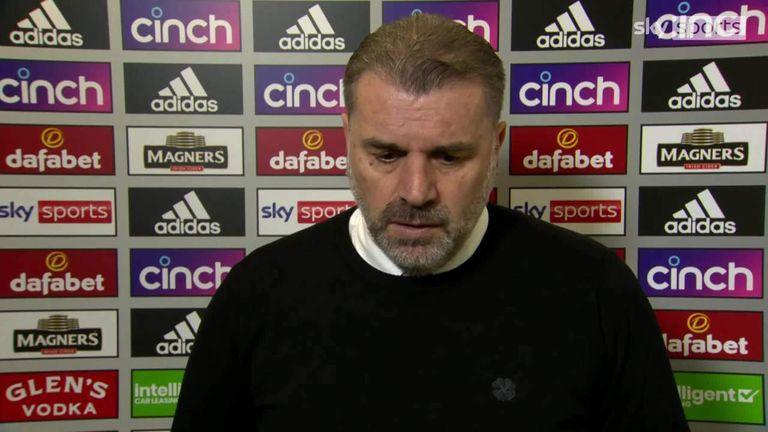 Ange Postecoglou gives his verdict after Celtic beat Hibs 2-0 and was pleased with the the debuts of Daizen Maeda and Reo Hatate.

Hibs should have taken the lead before Maeda struck, but Kevin Nisbet stabbed the ball against the post from inside the six-yard box after Chris Cadden’s low cross had gone beyond Joe Hart.

The visitors were quickly punished after Josh Campbell lost the ball to Liel Abada. Juranovic and Tom Rogic played the ball inside an d unmarked centre-forward Maeda netted first time in off goalkeeper Matt Macey.

Rogic and James Forrest threatened before Celtic went two ahead in the 25th minute.

Greg Taylor’s lofted ball put Hibs on the backfoot and Josh Doig was penalised for handball by referee Willie Collum after Abada flicked the ball up in the air. Juranovic sent Macey the wrong way from the spot.

Nisbet’s half did not get any better. The striker was again set up by Cadden but his effort lacked conviction and was blocked. The Scotland international was then well over with a snap shot from inside the box.

Midfielder Hatate gave the Celtic fans a couple of glimpses of his talent late in the half with an effort that was parried by Macey, before a sidestep and drilled pass set up a shooting chance which Abada squandered.

Celtic threatened twice just after the break. Abada saw his effort saved before Hatate scuffed a shot wide after an excellent pass into the box from Taylor.

The hosts came closer when Abada hit the post from close range after Carl Starfelt’s glancing header, and Forrest’s shot almost caught out Macey but the goalkeeper held.

Shaun Maloney’s side enjoyed some decent possession and got into several promising positions but could not fashion a proper second-half chance. 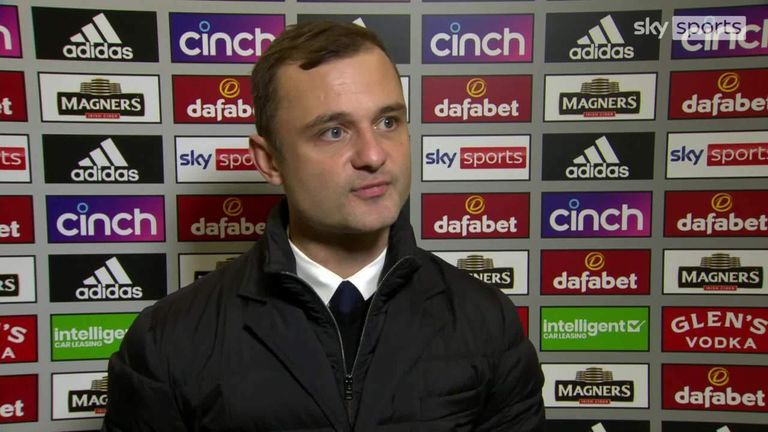 Hibernian manager Shaun Maloney gives his reaction after seeing his side lose to Celtic.

Celtic enjoyed further positives as Giorgos Giakoumakis and Jota made their returns from injury off the bench.

Rogic came close late on after running to the edge of the box and Ideguchi hit the wall with a free-kick after slotting into the midfield anchor role.

200 лв.
Daizen Maeda scored less than four minutes into his Celtic debut as Ange Postecoglou’s side returned to action with a 2 0 victory over Hibernian. Josip Juranovic was also on Заложи сега